The world of keyboards has come a long way and we are all well aware of that. Gone are the days when all the keyboards available in the market had the same boring look and the same typing experience, as well. 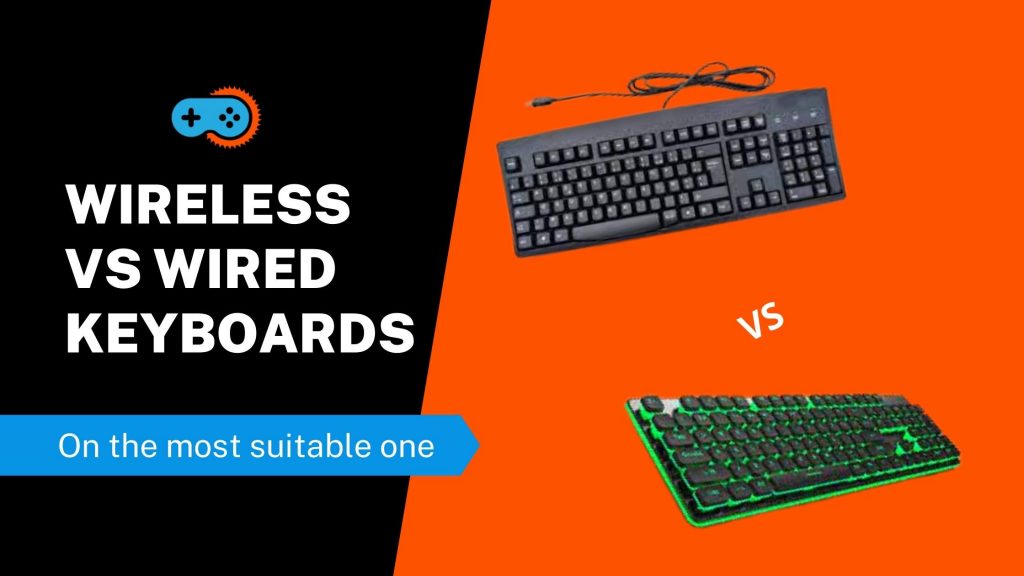 Modern-day keyboards are robust, reliable, and if taken care of the right way, can last for decades.

However, the one argument that is still going on and has not changed is whether a wireless keyboard is better than a wired one or the opposite. Before I get started with the wired vs wireless keyboard debate, I have to address a few things.

Wireless keyboards are no longer go through susceptible to terrible input lag, reduced battery life, horrible battery life, or connection problems, for that matter. The opposite, actually. Peripheral makers have decided to make the keyboards a lot better than they used to be, this has reached a point that it has become a lot easier for a wireless keyboard to stand against a wired keyboard and in some cases, even win.

It goes without saying that the wired keyboards went through a lot of innovation to a point that a lot of us thought that wired keyboards would never catch up. However, that never really happened; wireless keyboards did progress, and the progression was much, much faster than we would have thought.

For instance, the modern-day wireless keyboards have all the bells and whistles you can find on a wired keyboard and the best part is that they also can be used with a wire, so you are getting 2 functionalities in a single keyboard, and that too, without a hassle.

Sure, a wireless keyboard sporting good battery life, mechanical switches and all the other goodies is definitely going to be a good investment but that is when you think about whether or not you want to spend money or not.

The purpose of this article is to help you decide between a wired and wireless keyboard.

How the Wired Keyboard Still Wins

I figured this really is a discussion that cannot be avoided. After all, if you are about to spend a good chunk of money on a keyboard, you better know if it is worth the hassle or the investment you are about to make. I have been using wired keyboards for as long as I can remember and even though I have experienced wireless keyboards, my experience was not as good, but the technology has improved a lot ever since that.

The reason why wired keyboards are still winning or relevant in the market is simple; you are going to get a lot of keyboard without spending a lot of money and that is something that I think is an absolute victory for most people who are in the market looking for a good keyboard.

For instance, if you are looking for a full-sized keyboard with per-key RGB lighting, and in-house or Cherry MX switches, you are looking to spend anywhere from $150 to $250. A substantial chunk but you are going to get a keyboard that is going to last you years.

I have been using the Razer Huntsman Elite since its release and although buying the keyboard did cost me a finger back then, I can wholeheartedly recommend that to everyone as it makes up to be one of the best keyboards in the market and will not let you down.

Additionally, another benefit that you are going to get from a wired keyboard is the fact that there are no batteries involved, so you do not have to worry about charging your keyboard or forgetting to charge it and running out of battery while you are working or playing a game, for that matter. A wired keyboard is going to get continuous supply of power, allowing you to use it without any hassles.

Sure, wired keyboards are not as portable as one would want but you can always go for a smaller wired keyboard and still carry it around. You will just have to deal with the wire, and that is about it and in some cases, modern keyboards that are meant for portability ship with a standard USB Type-C cable to power the keyboard on the go.

The Rise of Wireless Keyboards

Wireless keyboards used to be absolutely horrendous and this is something that I can give a testament too. I still remember my first wireless keyboard and the input lag it had was abysmal. However, we have to understand that both the wireless standards and the technologies are becoming better and better with time. With companies like Razer, Corsair, and Logitech already working on their proprietary technologies that take care of all the input lag without any issues.

Not just that, wireless keyboards have also started to become more common in full mechanical switches with full RGB lighting, to a point that they are just like wired keyboards in terms of functionality, which is another victory for anyone who is in the market for a good wireless keyboard.

What is even better is that when you do run out of battery or you are on lower battery levels, you can always plug in the keyboard and keep playing while the keyboard charges. Wireless keyboards also tend to have an easier time with portability as you do not have to worry about carrying extra cables with you; most of them just use a standard micro-USB or USB Type-C to charge, which makes them very convenient.

Wired vs Wireless Keyboard – Who Wins?

If you had asked me this question a few years ago, I would have simply closed the statement by telling everyone to buy a wired keyboard and forget about it. However, times have changed and not just that, they are only getting better for wireless keyboards.

You see, wired keyboards have reached a point where there is very little innovation left that can happen. Companies can make new switches, introduce better lighting system, have newer and improved designs but with not a lot of innovation, since the product is more or less going to be the same.

The clear winner here is the wireless keyboard as it is only going to go forward and innovate further with many new improvements.

For anyone who is in the market looking for a new keyboard, I do understand the buying process can be a complicated one, especially with the number of options available and the confusions that come with it. With this article, we have tried our best to make it easier for you to pick the right keyboard and have a much easier time gaming.