What is Anti Aliasing – Understanding PC Gaming’s Most Controversial Setting 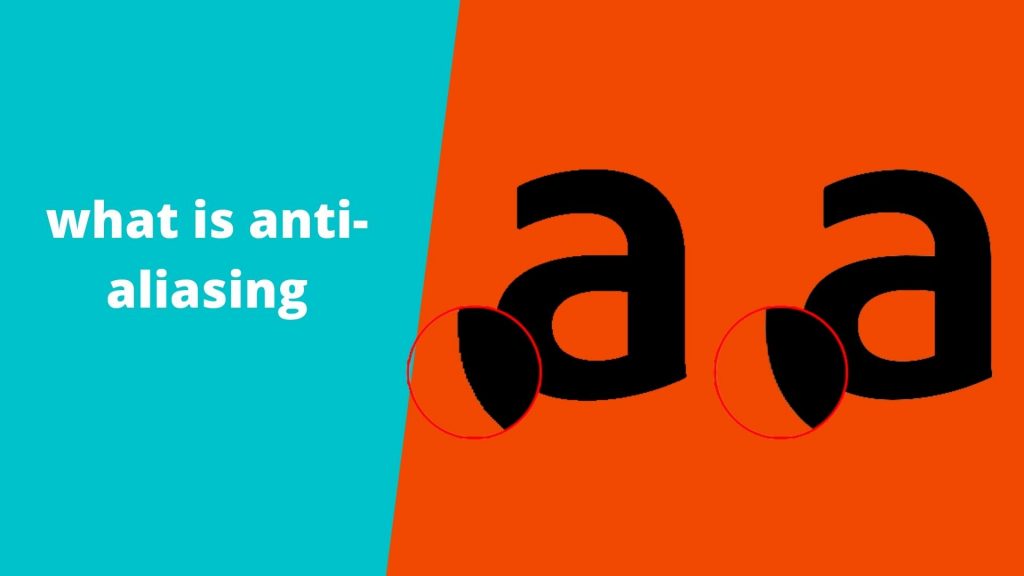 If you have been a PC gamer for some time then it is safe to say that at some point in your life, you have found yourself using a graphics card that is not good enough for your favorite game. For me, it was when Crysis first came out back in 2008 and my Radeon HD 2600 could not handle the game in all its glory and I had to turn the settings all the way down.

Turning the settings down did allow me to play the game at decent frames but that also introduced what I could best describe as “weird black and pixelated edges.” The 14-year old me was too excited to pay attention, however, and spent most of the time trying to find creative ways to dispose of everyone in the game.

Well, fast-forward and I have learned a lot about PC gaming and how things work. The pixelated edges have a number of names, most commonly known as “jaggies” or “aliasing” and this happens if you are on a lower resolution. Thankfully, almost all the games have a feature called anti aliasing which allows you to get rid of these “jaggies” but at the expense of some serious GPU power in most cases.

What is Anti Aliasing?

Honestly, understanding anti aliasing is a lot simpler than one might think. It is simply a method that you can use to smooth out the edges that appear in games. There are number anti aliasing types, each come with their own advantages and disadvantages.

Most modern and even old PC games come with anti aliasing options that you can enable in the graphics settings. Other games require you to set it when you first launch the game. On some GPUs, you can even go to the GPU control panel and force-enable the feature; however, it might not work the same way as an in-game feature would do.

What is Aliasing and Why Does it Happen?

If you are creating images that have vertical or horizontal lines, it will be easier because the pixels line up perfectly when they are lined up next to each other.

However, when you are talking about images that have curves or diagonal lines, things become difficult. In such scenarios, the pixels have to be aligned point to point, which ends up revealing the jagged edges. The official term of this distortion is called “aliasing” but most gamers call it “jaggies” or the “staircase effect.”

Higher resolution often causes a massive slowdown and that is where the anti aliasing comes in. Although turning this own does impact the performance, it is not as much as a higher resolution would.

Understanding anti aliasing was simple, however, there are a few methods through which this feature works.

The goal here is the same, it is to remove the jagged edges and create a sharper image, however, both of these work in different ways.

Before you get started with understanding spatial anti aliasing, you need to do a little homework on display resolution.

Display resolution refers to the number of pixel your computer’s display is able to create. A good monitor should have resolution ranging from 1,920×1,080 to 3,840×2,160.

Higher resolutions mean better images because there are more pixels involved. With more pixels, you get a larger color variety in the image and more colors mean more details in the pixel.

So how does spatial anti aliasing work? It is simple.

To make it even simpler, spatial anti aliasing involves taking a low resolution image and giving it the color accuracy of a high-resolution image. The new colors allow the pixels to blend in with ease, and this takes care of the jagged edges.

Spatial anti aliasing has a few more types that one should understand about and we are going to explore then now.

Super Sampling Anti Aliasing or SSAA is one of the most effective and most commonly used types and it is also known as full-scene anti aliasing or FSAA.

This was one of the very first anti aliasing methods that was developed and it makes use of the process that I talked above. However, there are a few downsides to this method.

For starters, any image that has a lot of horizontal or vertical lines could be negatively impacted as these lines are already sharp and could appear softer with SSAA is used.

Secondly, SSAA requires the entire image to be processed before the jagged edges are smothered out, and this means that SSAA requires a lot of graphical power and that is why it is not used as frequently in games anymore.

When a graphics card is rendering an image, it makes a distinction between two different objects; polygons and textures. First, the GPU draws the polygon, which is the general shape or an outline of an object that you see in the game, then the polygon is filled with a texture.

When using multisample anti aliasing or MSAA, only the edges are smoothed out and the textures are left out. This does help cutting down the processing power a little, but due to the method, it is not as effective and the processing power is still significant for graphic cards that are not as powerful.

In this type of anti aliasing, each pixel is slightly blurred once it is rendered, the GPU finds out the edge of the polygon by comparing the color contrast between two pixels. Two similar pixels indicate that they exist in the same polygon and the pixels are then blurred in proportion to the contrast they have.

While it might sound strange, blurring is an effective method since it takes care of the contrast between the misaligned pixels that cause jagged edges. The downside to post process method is that it could end up making the images blurrier and the blurriness is more prominent in games that have highly detailed textures as well as dynamic lighting features.

However, post process anti aliasing does come with the benefit of not being resource hungry as it is very fast and does not require the same amount of GPU power. Just like spatial anti aliasing, you do get a few different types.

Both Nvidia and AMD decided to develop two post process methods that work like each other. AMD has MLAA (morphological anti-aliasing) and Nvidia has FXAA (fast approximate anti-aliasing). As expected, both processes work as we have explained before.

Both of these anti aliasing types have become the most popular in the PC gaming industry and gamers are known to love these methods thanks to how quickly these can sharpen the image without having a massive negative impact on the performance. Sure, you are getting a little blur introduced in the images but most believe that it is worth the cost.

Perhaps my favourite anti aliasing method is temporal anti aliasing or TXAA. It uses a “film style” method and maintains a very smooth motion as the player navigates various environments in the game. AS compared to some of the other methods that we have mentioned here, TXAA is actually a complex method that uses super sampling as well as blurring to create images that are sharper and keep the motion as smooth as possible.

TXAA will undoubtedly offer better images than MLAA or FXAA but it does require a lot more computing power, as well. Therefore, it is always advised to use TXAA if you have a higher end GPU.

Enhanced subpixel morphological anti aliasing or SMAA is a mouthful, I do understand but when you are looking at the PC gaming industry, this anti aliasing type has taken it by a storm and is rather new as compared to the older types.

SMAA uses a combination of both spatial and post process anti aliasing. This means that aside from smoothing the pixels using the same blurring method as MLAA and FXAA< it also uses super sampling to sharpen the entirety of the image. When you are using SMAA, you can get the results that are a lot similar to MLAA or FXAA but without a performance overhead that might come in the way otherwise.

What is the Best Type of Anti Aliasing?

While I do hope that the answer to this question was as simple as one would hope but things are a bit more complicated than that. Sadly, when you are talking about anti aliasing, it is never a one size fits all approach.

To put it simply, there are a lot of factors that contribute towards determining the best anti aliasing types. Sometimes, it is all about the preference of the gamer. While other times, you are looking at how powerful the GPU is. Additionally, it also depends on the resolution you are playing at; for instance, I have been playing at 4K ever since I got my hands on the RTX 3080 and have been turning off the anti aliasing in every game I play, I know it might sound strange but on 4K, you barely notice the jagged edges.

Here is hoping that after going through this article, you no longer have to search for “what is anti aliasing?” The purpose here was to make things as simple as possible and easily understandable for everyone. After all, we do not like our readers being stuck in the limbo and trying to figure out what options they should turn on and which ones they should avoid.

To make it simpler, if you are playing on a higher than 1080p resolutions, there is a high chance that you might need to turn anti aliasing on. If you are on 1440p, some games might still show jagged edges and at 4K, these jagged edges become rather rare.

Overall, it is a useful feature that you should turn on as long as it is not eating up all the frames.