What Does Nudge Do in Clash Royale – Understand the Feature 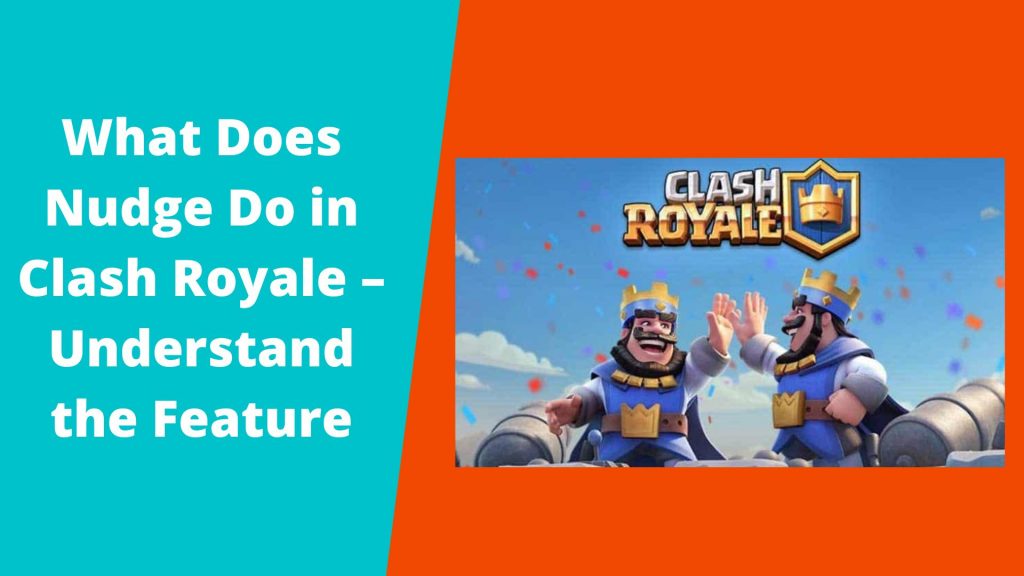 Over the course of its release, Clash Royale has become one of the most popular real-time multiplayer games that are being played by a lot of people. The premise of the game is rather simple, players get the chance to battle each other on a battlefield and there are a lot of ways to achieve victory. Clash Royale shares a lot of features with other multiplayer games such as gems, challenges, clans, as well as troop cards.

The game is definitely similar to Clash of Clans as it allows you to build your clans and take part in clan wars. Clash Royale actually lets you participate in clan wars and winning these wars will allow your clan to grow. However, proper communication is required.

What Does Nudge Button Do in Clash Royale

Thankfully, Clash Royale is full of features that players can use to make their communication better and make sure that the victory is theirs. One such feature is the Nudge button and a lot of people have wondered about what this button does.

Whenever you are playing a match with your clan mates, you can go ahead and use the nudge button, doing so will send them a notification that they are not playing their part in the battle and they need to put more effort so the team can win. When you are closing in on the end of the clan war, you will notice that some players are simply not attacking or doing something else. Pressing the nudge button will hopefully give them some motivation to go ahead and play their role in the game.

However, you have to understand that the nudge feature is only available to co-leaders or leaders of the clans; while it might seem unfair, this feature is limited simply because if everyone has the access to it, the nudge button can easily be abused and that is not what anyone wants.

Although I do agree that when I first heard about Clash Royale, I thought that it is just another brick in the wall especially considering how there are so many games out there that are trying to be one thing or the other but to be honest, Clash Royale surprised me more than I thought.

Needless to say, the nudge button in Clash Royale happens to be one of my favorites and while its effectiveness is something that varies from person to person, the fact that it is there to notify everyone about what needs to be done is something that is good.

Sure, it is limited to just co-leaders and leaders but having this feature makes the whole experience infinitely better instead of trying to find ways to communicate with your team members about what they need to do to win the match.