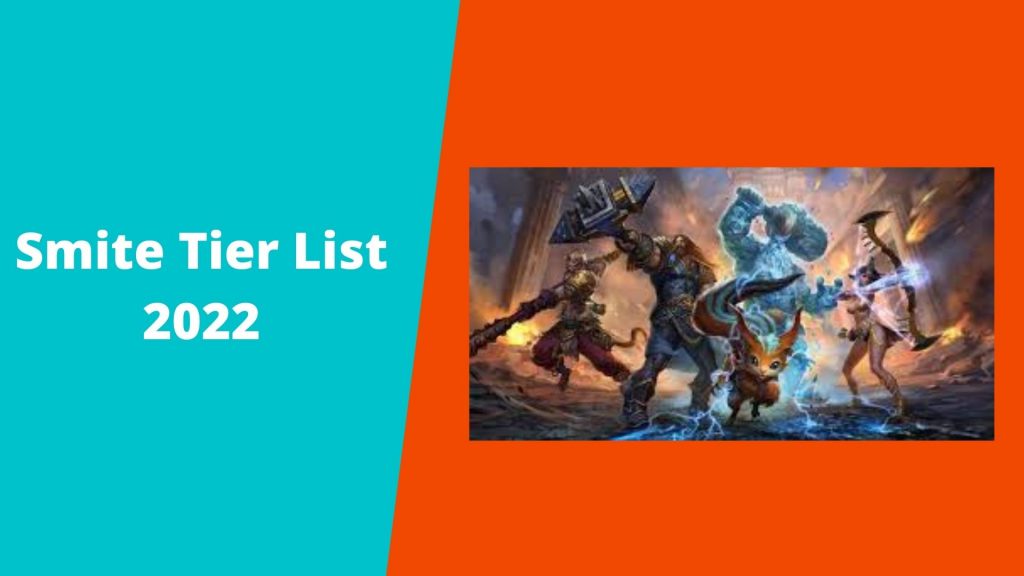 Smite is a MOBA game that hit the markets for the first time in 2014. The excitement was real because of the newly incorporated God theme for the characters. Basically, you get to choose from different types of Gods and ally with your friends to charge forward on the battlefield. There are ranked and unranked modes you can select from, maps to grind on, and definitely a skill upgrade tree for refining the skills. Well, the game is quite time-consuming because exploration is the key element of the game. Not to mention, the game is currently on season 8 with a new season item in stash for the competitive players.

Apart from this, the game can throw new players off-guard, especially when it comes to finalizing your favorite God. But don’t you worry. Today, I will be enumerating and sorting out characters into Tiers. By all means, I’ll be fair with the sorting criterion, so yeah! Let’s begin the tier list!

SS+: The characters belonging to the SS+ tier are the most acclaimed entities in terms of pick and ban rate. Not to mention, the characters are known as the “best smite Gods,” which means the majority of the fanbase has already mastered the skills and grind enough to get the best out of these characters.

S: These characters are as par the standard set by the Gods in the SS+ tier but are relatively nerfed down to make the balance prominent in the game.

A: The majority of the Gods in this tier list are somewhat balanced (not too powerful, not too weak) and are best pick-ups for those who are new to the game and looking forward to understanding the game mechanics comprehensively.

B: The chances of winning through these Gods are somewhat 50/50. Since the winning ratio is probabilistic, you can assume a safe position for your characters and not invest extensively.

C: These characters have a low winning ratio which means you can do a trial method and then select accordingly. It’s advised not to expect a high KDA or resonating synergies with these characters.

D: The poorest of all, I would say. They are downright nerfed and not viable for playing competitive matches.

The given characters are marginally overpowered which means even the rookies can put them to efficient use in the gameplay. Also, it’s better to invest in these characters if you have a long-term plan to push up the ranks.

The above-mentioned characters are wonderful if you know how to wield them properly in terms of attacks. Not to mention, they are the best pick for those who are looking forward to strategizing their game on the battlefield with little to no experience.

These characters are a decent pick with a balanced skillset. I would definitely recommend choosing them for only practicing and doing low-end missions. On top of that, if you want to permanently select a character, then do so from a higher tier list.

Yes, Tier B has the most characters because they are known as “Best utility” entities and are just there to carry you slowly up the ranks. Also, the same characters are a little difficult to handle due to a lot of complicated skills and the way they function.

These characters are in dire need of some buffs, including the most famous God, “Anubis.” I know it’s disappointing, but all we can do is let the developers know our feedback regarding these characters, as you really can’t do much with them.

To be honest, the worst of all of them. These characters have been forgotten for so long that no one loves playing with them. You can still try them out if you want to, but I won’t recommend going head-on to invest a lot in these characters. It’s not worth it!

It took me a while to sort them out correctly because extensive research is a must when I’m explaining game titles to the readers. So, if you are interested in giving Smite a shot, then definitely go through some of the characters from SS+ and then test them out on different missions. Apart from this, I won’t advise you to spend much or invest in characters that are below average. Wait for the team to buff up the characters, and then see what you can do with them.