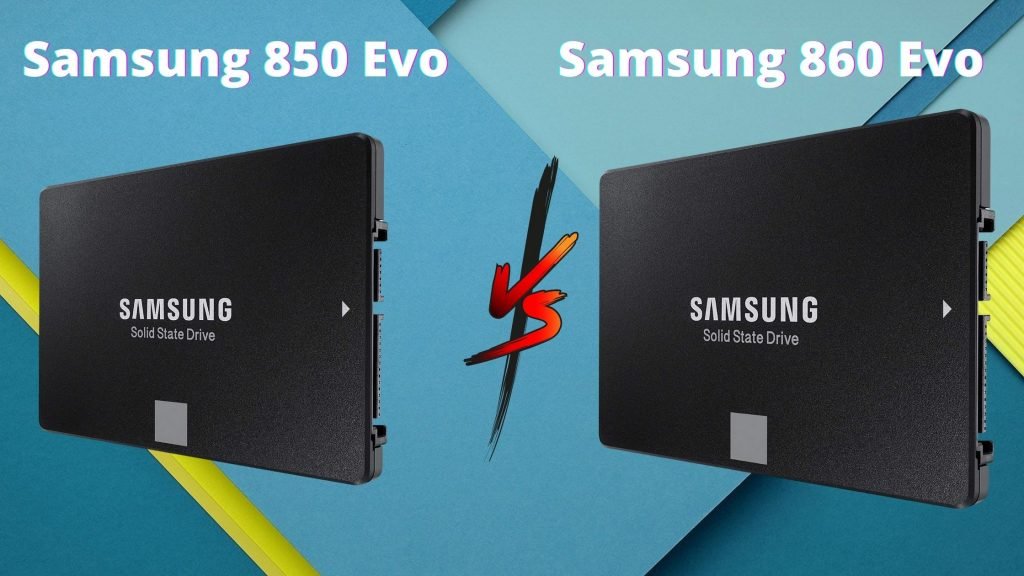 Samsung recently released the new SSD lineage, and it’s quite versatile in terms of performance and speed. Yes, we are talking about the Samsung 860 Evo. But, here’s the catch. What’s the difference between the 850 and 860? Why does it even matter when the benchmarking result only differs by 1%? Well, there’s so much one has to consider before finalizing an SSD, especially if it’s about 3D vertical NAND technology, which increases the overall performance ratio of an SSD with each jump in the lineage.

The subsequent increase in the transistor density and warranty makes 860 Evo worth a shot. But again, it entirely depends on the usage and whether one should upgrade to the latest model. This is why today we will be talking about the Samsung 850 Evo vs 860 Evo in detail so you can take a decisive stance for your gaming PC. Before I move on to enumerate all the following features of these SSDs, I want to talk about endurance and how the incremental nature of the Evo series works.

The more you go above the series, the price point takes a dynamic stance. It all depends on the transistor density to size ratio and how much an SSD can endure the heat without any moving parts.

You can clearly see who’s the winner here. Not only Samsung 860 EVO removed the lowest possible storage capacity, but it also increased the minimum lifetime of the SSD by a factor of 8 (8x).

Both of the SSDs come in a variety of form factors and storage capacities. This is cool because not everyone can settle down for the same form factor and capacity. For some, capacities matter more than size. However, we are not going to dwell on that; thus, we will enumerate all the possible combinations we have from the two different lineages.

In stark contrast, the 860 EVO online pitches in around 5 storage capacities: 250 GB, 500 GB, 1 TB, 2 TB, and 4 TB. The elimination of the 120GB was much needed because it does nothing. Today’s world applications are getting larger in size, and 120GB cannot house such large applications. Apart from this, the form factor of both the SSDs is the same (2.5-inch, mSATA, and M.2).

Keeping this in mind, 850 Evo just has one additional storage capacity; otherwise, 860 Evo is more preferred due to extra-fast transfer and reading speeds.

Both the SSDs differ greatly in price, and it’s because of the difference in the lineage of the two mentioned SSDs. The 850 Evo (500GB) costs you around $170, whereas the same 500GB capacity 860 Evo will cost you less. It’s because of the more refined technology that allowed the manufacturers to create versatile SSDs at a cheap price point. Could be, you know! So, I would definitely recommend you going for 860 Evo as it’s more budget-friendly than the older 850 Evo.

Not to mention, when you are choosing an SSD, you always have to bear in mind that reading and writing speeds matter a lot. Clearly, Samsung 860 Evo takes the limelight here as well, so what are you waiting for? Go and grab it already!

The durability is measured in TBWs (terabytes you can write on your SSD before it dies out). It isn’t surprising that the Samsung 860 EVO offers a TBW of 2400 TB for an SSD of 4TB. In comparison, the same capacity SSD from the 850 Evo lineage has a TBW of 300 TB. You can see the difference, right? Clearly, 860 EVO is doing way better in terms of offering durability and warranty life. In short, if you want to write a lot of data, then Samsung 860 Evo is the way to go.

Also, both the SSDs have a warranty life of 5-years.

Considering all the comparisons mentioned above, I would recommend you to go for Samsung 860 Evo as pitches in a remarkable performance at a decent price point. On top of that, it’s always better to go out for the latest innovations. The Samsung 850 Evo is pretty old now and will cease to exist within a couple of years as more new lineages will surface in the market. Hence, my advice would be to buy off 860 Evo and call it a day.

I hope the article was viable enough to grant you a decisive stance. If you have any queries, do let me know in the comment session.