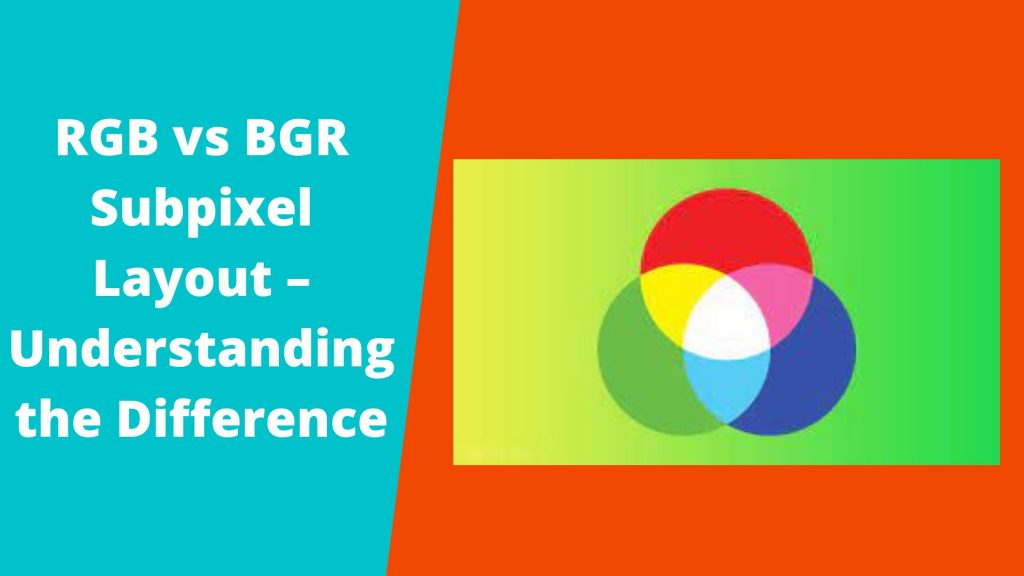 For anyone who is just going to the market to look for a new monitor or, it is safe to saya display that getting confused is something that is a lot more common. While this does not affect gamers as they are not really always looking for the most color-accurate display, it does affect those who are looking to do work related to productivity, which could include color correction, typing, as well as reading. Simply put, things tend to get a lot more confusing considering how displays range from various aspects and there are a lot of differences that one needs to know.

For starters, the RGB vs BGR subpixel layout is one thing that confuses even the most well-versed users and while it is not as hard to understand, it can be confusing for a lot of people and that is why we are going to look at this article and read more about the differences between.

Now, it is very important to note that display manufacturers do not specify the subpixel layout that they are using and this means that you will have to rely on reviews and other forums for such information. Well, you are in luck because we are going to break things down for you.

RGB vs BGR Subpixel Layout – What Even is the Difference?

As the name might suggest, BGR-layout displays use an inverse subpixel arrangement when compared to the standard RGB pixel structure. While this might not sound like a problem, this does cause the text to appear blurry on BGR monitors. Why? Well, Windows is known for handling subpixel anti-aliasing according to the RGB standard, and this is what causes the text to appear blurry.

This effect is most noticeable in the smaller text as well as text that does not have a higher pixel density. While it might never become an issue in video games, and movies, as well as other multimedia use, it can have a negative impact on anyone who is looking to do color correction or indulge in other productivity-related tasks. The point here is that you need something that does not have any blur.

How Can I Increase the Clarity on BGR Layout Monitors?

Now, this is something that is important for those who are not looking to go ahead and get their hands on a brand new monitor. If you cannot seem to live with the fact that the text on your monitor is blurry, you can actually go ahead and fix the blurry text issue by using some tricks that can seemingly help you. For those who are confused, I am mentioning some renowned fixes below.

The debate about RGB vs BGR subpixel layout has been around for some time now. However, we have come to the conclusion that although they are different, the performance variation is for specific use cases and are not across the board.

Still, the whole article helps clear any confusions that users might face when selecting the display they want for their work.

The main difference between these layouts is how the subpixels are arranged, but both of them have no impact on the colors or the performance of the display.

Each pixel on an LCD screen consists of three subpixels – red, green, and blue (RGB) that are sitting next to each other. The way these sub-pixels are arranged is called a subpixel layout.

The information on subpixels is mostly unavailable, and you will have to use third-party tools or other resources to find that out.