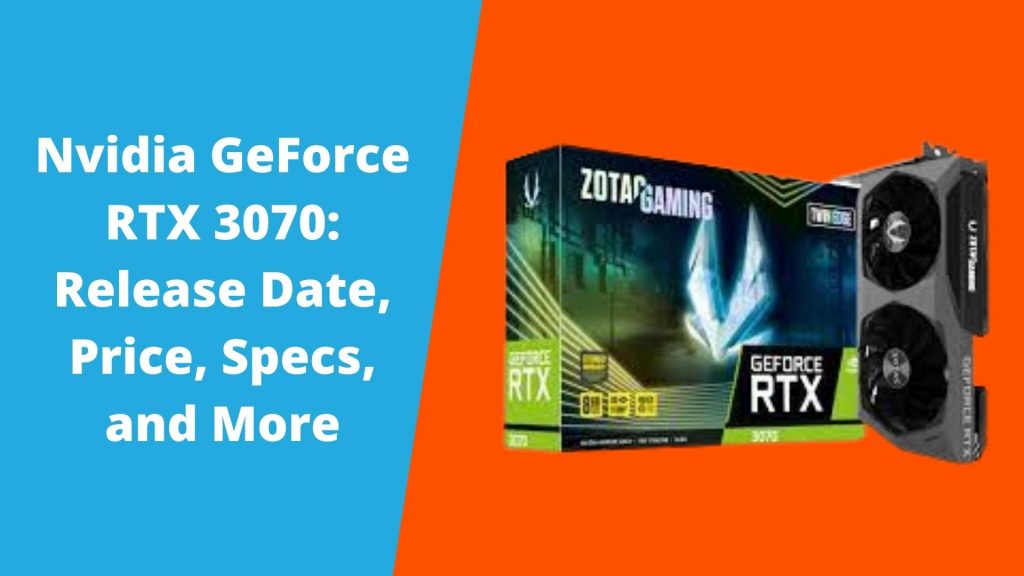 In 2018, for the first time, Nvidia brought in their RTX series, which made ray tracing a new medium of gaming. With the same concept, the RTX 3000 series was born out of sheer need. A week ago, Nvidia proclaimed publicly that they would be releasing RTX 3000 series in the coming months. To be honest, I’m fascinated and surprised by the announcement because the RTX 2000 series will be made cheaper and viable for the likes of us. Jokes apart, the RTX 3070 is the only card that will be less costly than the other variants. It’s the most affordable Ampere lineage GPU, and no, it’s not for the clout.

In the recent comparison, detailed graphical charts were projected in the launch event, which blatantly accused the previous lineage GPUs of being a total waste. I know that’s harsh, but the RTX 3070 is way better than RTX 2080 and RTX 2080Ti. That’s astounding because it is made public that the RTX 3070 will hardly cost you around $500, whereas RTX 2080 Ti just goes above $800. It’s a huge difference! Don’t worry; we are talking about Nvidia. They have made it clear that RTX 3080 and 3090 will be ripping you out of every leverage and possibly pay a heavy toll on your savings. These two monsters are what we call the definition of extreme gaming cards.

Perhaps, everyone is jumping in delight because of the new lineage being so user-friendly, powerful, and outstanding that no one can put off this hype. To our surprise, the card will be bundled with Watch Dogs: legion ahead in October, so if you are looking forward to playing the legion on RTX mode, then please, for the love of God, buy the RTX 3070. Now it’s time to shed light on different modules of the card: Specs, official release date, and how it will benefit the gaming enthusiast.

The three announced entities, RTX 3070, will be the cheapest (Around $499, AU $680). Nvidia claims that the performance of RTX 3070 is insurmountable and sort of beats the RTX 2080Ti by a considerable margin. Speaking from personal experience, it could be worse because Nvidia is known for sliding in marketing tactics and gimmicks. Well, all we can do is hope and cross our fingers.

I would say, do not take the price tag for granted. By reading these specifications, I can completely say it’s way better than what’s RTX 2080 Ti is offering for current-generation gaming systems. With 5888 CUDA cores, you can do wonders. Now, imagine how fast your system will tend to complex mathematical and geometrical problems with the help of 5888 cores. Not to mention, the card offers 1.73 GHz, which is astounding and groundbreaking in every aspect. The boost clock will ensure that the data transfer per second remains at an all-time high. Apart from this, RTX 3070 offers 20TFLOPS, which correlates to FP32 performance, theoretically.

But like any other GPU, it also has its limitations. To be honest, these days, the majority of the games require a higher amount of VRAM to run games at 4k. Well, the RTX 2080Ti comes with 11GB VRAM, whereas RTX 3070 offers only 8GB VRAM, which is not sufficient to run games at 4k. Somehow, the card stands just with RTX 2070, which has an 8GB VRAM with 2560 CUDA cores. The only difference we see is the cores and how a behemoth of a boost clock is.

Speaking of which, it brings us to the new incorporation of Nvidia RTX IO API, which is a new module working in parallel with Microsoft’s DirectStorage API. This ensures that all the pipelines between your storage and GPU remain ideal. To be honest, it will sort of drop the reliance of the majority of the games on VRAM and shift it onto RAM. It’s also surprising to see that the RTX 3070 does not allow munch significantly on your PSU (taking in only 220 watts), whereas RTX 3080 takes in 320W.

In conclusion, with this large number of CUDA cores and outstanding Boost clock, RTX 3070 will be the most power-efficient and best entry-level card for the coming generation of games. It’s a bummer to not be able to test the card and slip in detailed graphs, but this is what we have got so far by scrutinizing every nick of information on the internet. All in all, RTX 3070 will get the dream card for many!