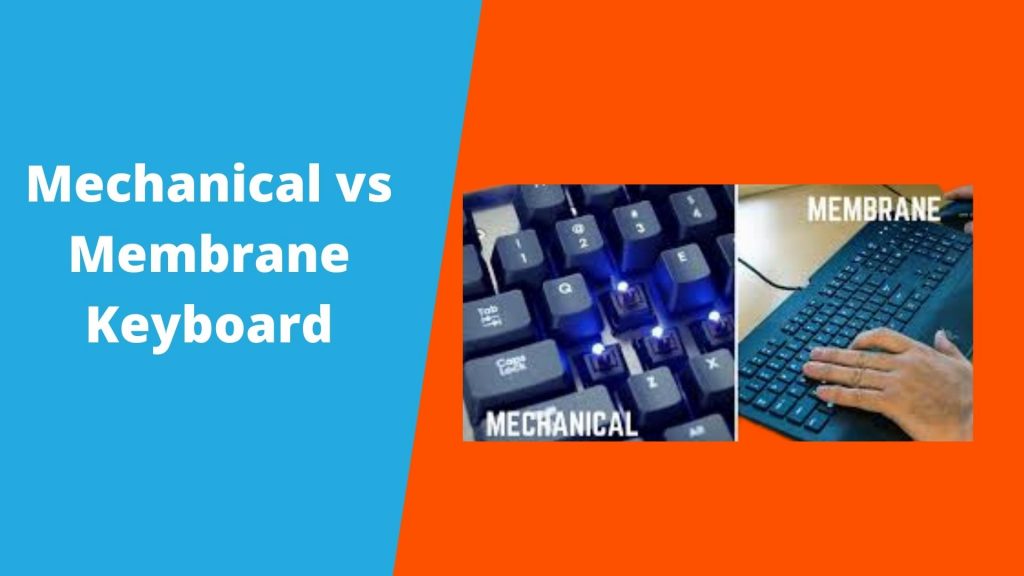 There’s a whole dedicated realm of keyboards where one can be lost into. A common user in a company might not be aware of it since the tasks he/she is put up with are ordinary. They may include simple multitasking, email forwarding, and content writing. On the contrary, when the same normalized keyboards are used for gaming, the performance reached is nullified.

Let’s assume that keyboards are divided into two subcategories. One is conventionally accepted into society and is called the “Membrane keyboard,” whereas the other is known for its superiority “Mechanical Keyboard.” You might say, hey, what’s the problem? This is the problem. When you are a hardcore fanatic of playing new titles daily combined with typing tasks, you don’t pick up the conventional keyboard. They are off the chart as they propose ordinary features.

If you are reading this article, then there’s a solid chance that you are looking forward to upgrading after listening to all the rents on the internet. Perhaps, you made the right choice? I will try explaining every nick of information as briefly as possible, so you are not left indecisive and confused.

Membrane keyboards function differently from their counterparts. In these keyboards, there’s a membrane that completes the electrical circuit when pressed. It has three individual layers that collaborate to give a successful keystroke. The top consists of a layer that connects the keystroke to the holes integrated into the keyboard. Below these holes, there’s a mid-membrane layer that passes the keystrokes further to the conductive traces. These layers are separated by a pad, which is used as a pressure absorber. When you press the key on the keyboard, it goes through a series of stages (through a pad), which helps in completing the circuit.

What are the two types of Membrane keyboards?

Membrane keyboards were further subdivided into two simpler categories—one for electronics, and the other for PCs. The one used on electronics is known as the “Flat key design keyboard.” This is a mini-membrane keyboard that only uses flat layers with a small pad that completes the circuit. The second one that you behold on your keyboards is known as the “Dome switch keyboard.” They use a dome-shaped structure that has a distant actuation point but feels good while typing. The reason for using the dome structure keyboard for gaming and typing is quite understandable since feedback is the key element in enjoying the presses.

As long as the keyboard is somewhat tactical, it helps you in finishing the tasks quickly.

Mechanical keyboards are considered a legacy for gamers. These keyboards have tackled most of the problems addressed in the conventional keyboards. For instance, keyboards use a mechanical system to complete the circuit, unlike a membrane with thick three layers congested together. What’s interesting about them is that they come in a variety of forms. This includes a wide range of switches, which we will talk about later. These switches have three parts: base, spring, and stem.

When you press the key, the spring experiences force. This force, in turn, makes the spring touch the base, which links the circuit. These switches are tactile and require a certain amount of force when compared with the membrane keyboards. They don’t feel mushy! The touch is smooth and light that you’ll fall head over heels for these keyboards.

Surprisingly, you can get these top-notch keyboards in a surfeit of designs. Not to mention, the dedication of this subcategory of the keyboard has made the gamers and the gaming industry proud. Why? It’s because of the light effects (RGB) that dance when you use the keyboard. This makes the usage worth a while and leaves a long-lasting imprint.

Additionally, the manufacturers have given you the authority to DIY your keycaps opening the possibility of creating your own perfect keys. You can get the custom keycaps made, or buy one that suits your taste buds.

Choosing the right mechanical switch can be a nuisance because there are thousands of switches to look from (a combination of three types of mechanical switches). It doesn’t necessarily mean that you might end up picking the right one for you. If your question is, “What switch should I go for?” then there’s no plain answer to it. The remaining guide will help you choose the best switch for your mechanical keyboard, depending on what type of typist you are.

Give it a thorough read because it will help you understand the notion behind inventing so many switches.

So, without any further ado, let’s begin!

There are three types of mechanical switches:

They are one of the simplest switches you can get your hands on. All the way to the bottom, the feels remain the same. In particular, there is no tactile feedback registered from the keyboard and no noise when hitting the actuation point. In short, linear switches are free from Clicky and Tactile features. Not to mention, these switches are preferred due to their smooth transition. This means that you can press the keys at any rate possible until they reach their dead end. One of the examples is the Cherry MX Red linear switch.

What sets this type of switch apart from the linear one is that you don’t have to press the key until it reaches the dead end. There’s an extra click that helps you notice that the feedback is registered successfully. This is preferred by people who love noisy keyboards and acknowledge that they are working extensively. Surprisingly, you can also differentiate between the feedback received and the click sound through this type of switch.

They are recommended for extreme typists and gamers.

Characteristics of the switches

5 of the characteristics are as follows:


Performance in Gaming and Typing-Which keyboard to go for?

Typing and gaming are the two most important things while using the keyboard. If you were using a membrane keyboard and switched to a mechanical one, then expect a huge difference in typing. The difference is only significant when you are doing rigorous and mind-bending tasks. When you compare the traditional keyboard with the mechanical ones, you only get to spot some high-end features if you customize your mechanical keyboard. Otherwise, it’s pretty much the same.

The question remains, what gives a mechanical keyboard an edge? It’s the type of switches incorporated. You have the authority and ability to switch to any sort of switch as per your requirement. The customization will harbor the features you want to tailor for your personal preferences. For example, if you are a known typist and a hardcore gamer, then light keystrokes with lower actuation points are your ultimate goal. This can only be fulfilled if you are using Cherry MX switches (or equivalent).

Similarly, if being a typist is out of your league, then you can root for simple Cherry MX blue switches, which have a tactile force and amazing feedback to let you know when to release the key. It all depends on the work you have indulged yourself in. Suppose it’s gaming, lighter keys, if not Clicky ones. It’s as simple as that.

Not to mention, if you are in a work environment, and looking forward to registering keys as soon as possible with quitter keystrokes, then Cherry MX Brown switches are your ideal shot. In short, mechanical keyboards are heavily dependent on the switches they curtail. Whereas, all membrane keyboards are alike and don’t offer much room for customization.

Let me remind you about the adaptation to mechanical keyboards. For instance, if you have fully absorbed the environment prescribed by the blue switches, then the option of switching will lead to a complete downfall. Mechanical keyboards are designed in a way that makes you fascinated with the respective sounds and clicks. If, for a long time, you have submerged yourself with a single switch, then switching to another switch can cause problems. Adaptability is the key element to boost the performance given by these mechanical keyboards.

It has been observed that the figure established by the statisticians proposes a wild number. In typists, around a 2 to 3 percent increase is observed in typing rate when using a singular switch type. So, it all boils down to the function of adaptability. If you are looking forward to boosting your performance, then mechanical keyboards are your last resort.

Seriously, it entirely depends on the user. But my advice is to go for mechanical keyboards since it gives the option of customization. You can change the appearance, make it tactile, Clicky, or whatever you want to turn it in. In Membrane keyboards, you will not get such options.

Additionally, you can train your fingers by practicing on dummy mechanical keyboards to find the suitable one of yourself.

When considering the battle between mechanical vs. membrane keyboard, mechanical keyboards have an edge. While these keyboards will enhance the performance and give you a boost in typing and gaming, they will also offer a longer lifespan.

Membrane keyboards are traditional keyboards worth for budget users and suitable for office environments.

Mechanical keyboards are new generation keyboards focusing more on adaptability and customization. They have tackled the orthodox keyboards and are now moving towards the ladder of success.

It depends on the type of switch you are using. If the switch is of the Clicky version, then expect some loud noises. Mechanical keyboards are renowned for being loud, but they give a beautiful and cool tint to the atmosphere

The answer is: Special speed switches. It might have stemmed out from a misunderstanding about linear switches being the best. No, they are not! It depends on the actuation point provided by the switches. As long as there’s frequent tactile feedback with a halfway actuation point, you will get an absolute gem of performance while gaming. The key idea here is to register as many keys as possible in a short period, and it’s only possible if you have the speedy switches.

Measure your hands, and you’ll get the answer. In short, there’s no concrete answer due to the difference and variety in finger length and muscle density. People who have larger and heavier fingers might prefer linear switches. On the contrary, people with lighter fingers and less mass density will ultimately go for tactile switches. It varies, so test all the switches first.

Again, there’s no concrete answer to it, but what you can do is search for the latest technology and new models that have arrived in the market. You’ll learn a lot and presumably end up buying the best mechanical keyboard.