JBL Flip 5 Won’t Turn Off? Here is How to Fix the Issue 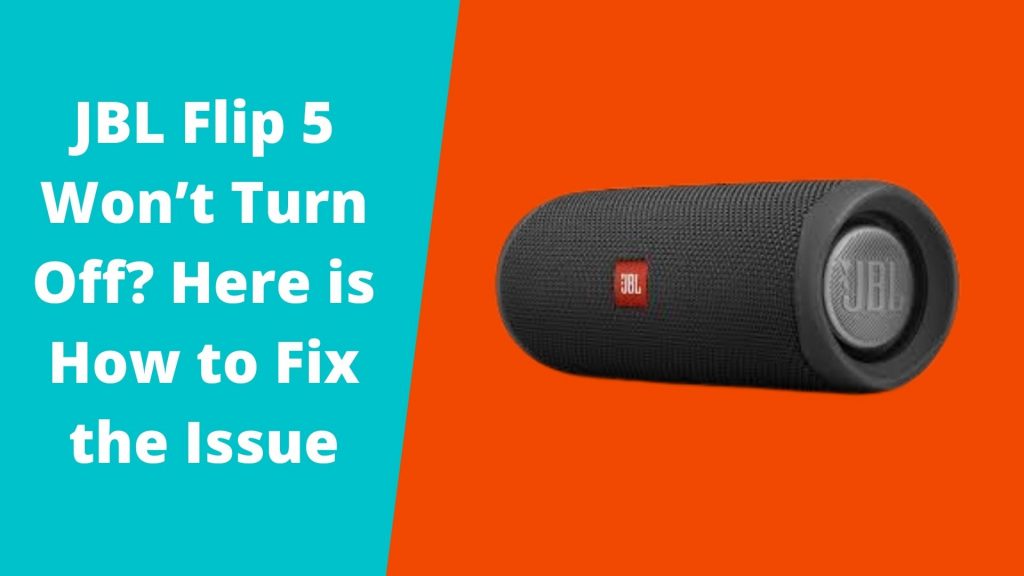 Although old, the JBL Flip 5 happens to be one of the best speakers that have come out in some time and a lot of people are still using it. I have had one since it was launched and it has been an absolute treat to use and for all the right reasons, to be honest. The speaker has great battery life, IPX7 ingress protection, and great sound quality. However, there is one small issue that I have a problem with. A lot of times, the JBL Flip 5 won’t turn off. The issue has plagued this speaker for the longest time and has been a nuisance for a lot of people.

In this comprehensive guide, we look at a number of ways through which you can go ahead and fix the issue where your JBL Flip 5 won’t turn off. It’s honestly not that difficult but annoying, all at once.

So, what exactly happens that causes the issue? Well, the speaker ends up running into a bug or glitch in the software and that is why it refuses to turn off. Remember, this is not an isolated issue and has been reported by a lot of users around the internet.

Additionally, this issue is not just limited to the JBL Flip 5 speaker as it can end up occurring in some of the other speakers too but hey, we are here to help you get everything sorted.

Almost all the speakers and devices that we see in the market are equipped with a method to force them to turn off. Call it a failsafe if you want but in most of the cases, it works and lets people get the job done without having to open them up.

If your JBL Flip 5 won’t turn off, you might want to force it to turn off and to do that and it should work just fine.

The next part is just turning the speaker back on to see if it works or not. In most of the cases, it should work just fine and you would be all good to go.

The next step involves factory resetting the JBL Flip 5. If the speaker is refusing to turn off, you might want to go ahead and factory reset and see if that works.

Once the speaker is turned back on, it should function normally and without any problem.

This is an unorthodox method but during my time with the speaker, I have realized that this was the method that worked the best. I have only run into this issue twice and this was worth taking a shot at and it is not that difficult, either.

If your JBL Flip 5 won’t turn off, simply let it play music until it manages to discharge. I do understand that it might be difficult to do especially if your battery is fully charged, but hey, once the speaker does turn off, charge it once again and power it back on and it should work normally.

Method 4: Sending it to JBL

The last method that I am going to share with you is perhaps the worst-case scenario or the last straw. If you are finding yourself in a situation where not a single method works and your JBL Flip 5 won’t turn off despite using all the methods, then you should be sending the speaker to JBL even if it is without a warranty; the company is more than happy to entertain these requests and they can fix the speaker for you for a cost (especially if it is out of warranty)

I know it does not sound like the most ideal solution but hey, giving it a try is always better and important.

I am fully aware of just how annoying it can be when your speaker or any other device refuses to turn off despite trying every method. Everything that we have listed down in this post is going to help you get the solution right away.

With this guide, we hope that your JBL Flip 5 finally turns off and starts functioning normally, and without any other issues.