Is Window 11 Worth The Upgrade For Gaming?

Windows 11 does bring a host of features that are made for gamers and these features are coming straight from the Xbox series X and series S. 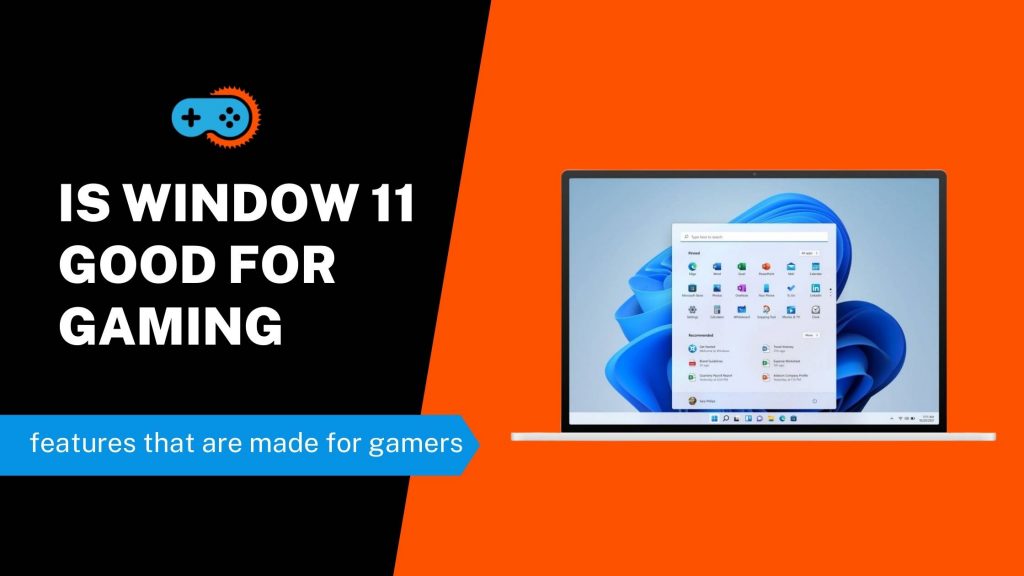 It has only been a few months since Microsoft officially released Windows 11 and the latest iteration quickly became one of the most demanded operating systems. With Windows 11, Microsoft gave an open invitation to gamers so they can upgrade. The company even made statements telling gamers how the latest Windows was made for gamers and went to the extent of calling it the best Windows for gaming.

Sure, Windows 11 does bring a host of features that are made for gamers and these features are coming straight from the Xbox series X and series S. You are getting access to Direct Storage, a feature that takes advantage of the NVMe SSDs and reduces the load times, which also helps in improving the texture loading and reduces CPU loads, too.

You are also getting another interesting feature called Auto HDR which uses machine learning along with artificial intelligence and brings HDR to pretty much every game regardless of the native support. Of course, you will need an HDR capable monitor, but the feature is there.

Moving further, Windows 11 offers a deep integration with the Xbox app, allowing users to enjoy Xbox Game Pass titles on their PC if they have access to the subscription.

All these features combined should make Windows 11 a killer OS for gaming but is it really the case? Well, not entirely. There are a few quirks that one must know before they boot up their PC and upgrade to Windows 11.

While countless users are already enjoying Windows 11, the same cannot be said about AMD users as they are the biggest victims here. If you have upgraded to the latest version with a Ryzen CPU powering your PC, then you may have noticed a performance dip. This is because of the increased L3 cache latency compared to Windows 10 and the increased latency can cause some issues with the performance.

Additionally, Windows 11 also has some issues that affect AMD’s “preferred core” feature which is also serving as a problem. The good news, however, is that Microsoft is hard at work when it comes to fixing this issue and a proper fix should be out.

Another issue is with the VBS or virtualization based security and many users have reported that turning the feature off is going to help with the performance. However, the reports surrounding VBS affecting performance are conflicting at best, and different sources have reported differently. I would suggest that you are running your own tests as that would give you a better idea of whether you need to turn off anything or not.

Is There a Fix Coming?

Now that you know the issues that are plaguing Windows 11, your next response would be wondering if Microsoft is working on any fix. Thankfully, yes. As I have iterated before, the company is hard at work fixing the OS and is also working on releasing a consistent stream of updates to fix the issues that are on Windows 11 and in a few months most of these should be gone.

Is Windows 11 Good for Non-Gamers

Microsoft was very clear with their intentions when they started talking about how Windows 11 would cater to gamers. However, this raised some concerns for a lot of people who were non-gamers. For instance, I have a laptop that is used exclusively for productivity and I am still running Windows 10 on it. Should I also upgrade?

The simplest answer to this is yes, one should upgrade to Windows 11 even if you are not a gamer. Why? Well, if you take a walk down memory lane, it should not come as a surprise to you that with every OS upgrade, regardless of the platform you are talking about, there are always perks that come along with it.

For instance, a newer OS means better performance overall, better updates, new features, and most importantly, better security; something that has become a paramount in the modern day and age where you want all your data as secure as possible.

On top of all of that, Windows 11 should technically have better overall performance and will give a brand new look to your computer as well. These all should be reasons for anyone to upgrade.

But What About Gamers?

If you are a gamer and you want to upgrade to Windows 11, the shortest answer is a resounding yes. However, from one gamer to another, I would suggest that you wait it out. The new OS has a lot of things to offer but it is clear that Microsoft is currently working on releasing fixes and polishing the Windows as it should be polished.

Direct Storage is definitely something that will change the way games are going to load and while I am not sure about Auto-HDR, it does seem like a promising addition. But then again, I have seen many people claim that they cannot tell the difference between HDR and non-HDR content. The integration with Xbox is certainly an interesting prospect and gives us a better glimpse at how Microsoft is trying to unify the Xbox consoles with PC but we are not sure how the trajectory is going to work.

At the same time, Windows 11 is still a relatively new operating system considering how it was released towards the end of October, earlier this year. So, it is obvious that the OS is going to have bugs. Generally, companies take a few months to finally get rid of all the bugs that might plague an operating system.

Take Samsung for instance, the Android 12 update for their foldable devices were littered with all sorts of bugs that made the phones unusable. Same was the case with the OnePlus devices. So, it is only fair that you are giving Microsoft a chance too.

Thankfully, Microsoft is working at providing the necessary updates for Windows 11 in the process and yes, these updates are indeed free so you do not have to worry about anything but. The updates should take care of all the bugs that are causing issues for Windows 11 users but as it goes, they are more than likely going to roll out in stages. So, it will take time for everyone to have access to a bug-free update.

Is Windows 11 Good for Gaming?

To reaffirm my statement, yes. There are various reasons why Windows 11 is good for gaming aside from the obvious features such as Direct Storage and Auto-HDR. For starters, now that Windows 11 has become the standard, more and more game developers are going to focus on optimizing their games for the latest iteration of Windows.

That is just one side of the coin, however. Because aside from that, we are also looking at the fact that the future hardware is going to be better suited for Windows 11, and there are going to be several features that will be exclusive to Windows 11, as well.

This means that it would be pointless for a gamer or a non-gamer, for that matter, to keep using Windows 10 just because they are having a hard time digesting the fact that the latest version has some bugs in it. Which, by the way, are short lived, and will be ironed out in the coming months, with many of them not even being there thanks to the latest update.