Is Injustice 2 Crossplay? Finding Out the Actual Answers 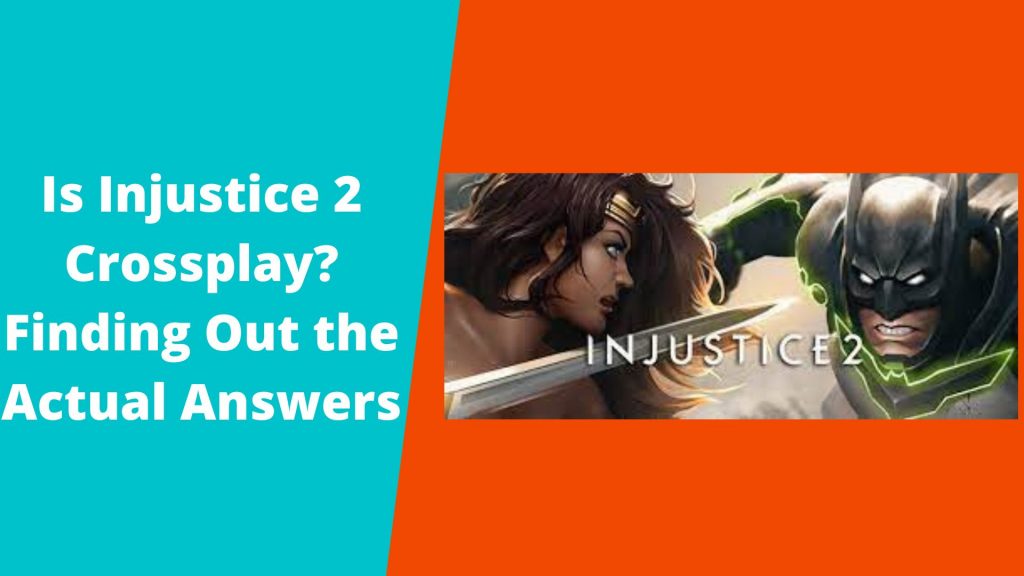 Injustice 2 happens to be one of the most popular fighting games that you can find. Coming from the Nether Realm Studios, the game builds upon the foundation that was laid down by the original Injustice and adds a lot of improvements, new characters, a beefier story, and a better net code for the smoothest possible online experience.

For the longest time, Injustice 2 multiplayer has been a go to for both professional and casual players and with its wide variety of characters, everyone is welcomed to jump in the game and get started. The game has mechanics that are easy to learn but difficult to master, allowing the players to spend more and more time perfecting their craft.

However, in the era of multiple platforms dominating the market, the one question that everyone asks about Injustice 2 is whether the game supports crossplay or not. So, is injustice 2 cross play? That is what we are going to focus on today.

There is no complication that comes to mind when you have to understand what crossplay really is. The name says it all; it simply is a game’s ability or feature to be played on multiple platforms. For instance, Fortnite players on PC can play the game with others using different platforms such as PlayStation 4. This is just one example.

Mortal Kombat 11, which is another game developed by Nether Real Studios does support crossplay, however, it is only between Xbox and PlayStation. Gamers on PC cannot play with other platforms and considering how the game has reached the end of life from a developmental perspective, it is not going to be happening any time soon.

As far as the crossplay in Injustice 2 is concerned, the game is not crossplay, at all. Sadly, this is due to Sony’s initial dislike towards cross-play, and although the company has allowed the cross-play since 2018, not every game supports it, and Injustice 2 is one of them

Released in 2017, Injustice 2 quickly became a fan favorite across the world; it was bigger and better than its predecessor in every single way. However, the one thing that was missing was crossplay, and even after 5 years after its initial release, the developers have not bothered adding crossplay in the game.

However, Injustice 3, which could be in development should be coming with crossplay support as Sony, that was the major player in stopping crossplay, had allowed the feature to be in the games back in 2018, one year after the release of Injustice 2.