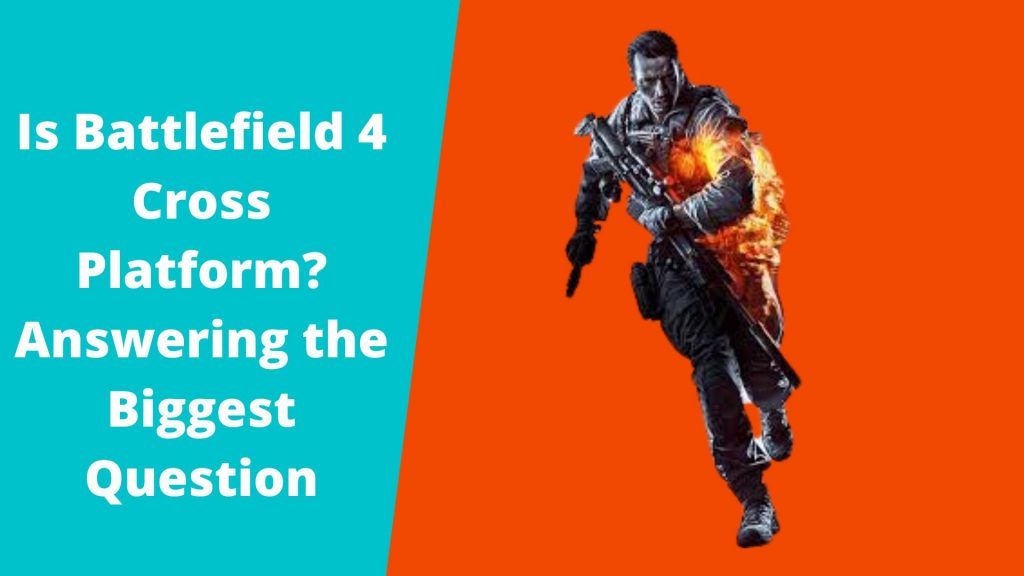 Released almost two years after Battlefield 3, the sequel Battlefield 4 had a lot to prove; after all Battlefield 3 is considered to be one of the best multiplayer games, the game that is responsible for converting a lot of gamers into hardcore FPS fans. In 2013, EA and DICE decided to come out with Battlefield 4, a bigger and better sequel that offered larger than life environments that were fully destructible as well.

Sadly, Battlefield 4 is not cross-platform. I do understand why this might come as a shock to some but there are multiple reasons behind that.

For starters, the game was released back in 2013, at that time, the concept of cross-platform was barely there as the console wars were on the rise. Sony, Microsoft, and Steam/Origin had an opinion that there platforms are more superior than others.

Another reason is that back in 2013, there were not a lot of technological advancements that would make cross-platform possible. Sure, the PS4 was an exceptionally powerful console but it simply did not have enough power to match the same power a PC would possess, and therefore, the idea of cross-platform was not on the list.

These are the reasons why Battlefield 4 is not cross-platform.

For a game that is still alive and kicking as the servers are still operational. Battlefield 4 is a behemoth of a multiplayer game that people play on a daily basis. It is understandable that cross-platform is not supported for the game and that too, for a number of reasons that I have mentioned above.

However, as the gaming landscape changes and becomes more inclusive to having multiplatform support, there is a possibility that future Battlefield games and other multiplayer games could end up having full support of cross-platform.