What is “io.netty.channel.abstractchannel$annotatedconnectexception”? and how to fix it in 2023 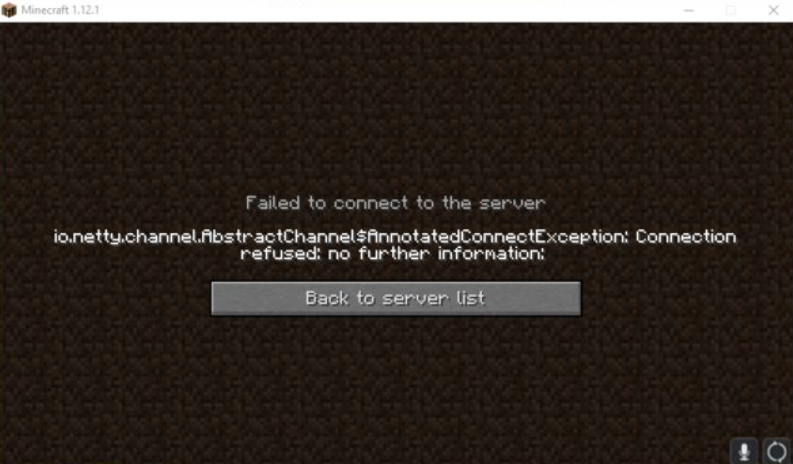 Table of Contents show
Why is the error getting noticed again?
What happens when the error shows up?
How to fix the io.nutty exception error?
Some other measures that you can take

The “io.netty.channel.abstractchannel$annotatedconnectexception” error can be frustrating for many gamers as it appears on their black screen. The error basically signifies a lack of connection between the host PC and the server. The link is lost and needs to be replaced immediately for the host to get to its routine. Usually, when there is a typical error of such nature, it can be restricted to a single server; but in this case, it often transcends to multiple servers.

Why is the error getting noticed again?

Previously, this error has been reported on the internet a few times for similar reasons but not in the amounts it is happening right now. It points to the question of why the error is suddenly gaining fame again? The reason for the error’s newfound popularity is the crowd’s favorite game, Minecraft. The game enjoys a huge fan following and estimates suggest that it has around 90 million active players.

While this staggering number of players play the game for various reasons, they are recently experiencing the “io.netty.channel.abstractchannel$annotatedconnectexception” and that too in vast amounts. Around 20% of the gamers have experienced the error, which can indeed be frustrating at times.

What happens when the error shows up?

The usual timed-out error does not specify any single problem as it only denotes that the connection to the server couldn’t be established. This connection, required to be made in a given amount of time, is not made, hence triggering the error message. The timed-out error could relate to a malfunction on the internet, a host device, or the server connected to it.

How to fix the io.nutty exception error?

As we have tried to ascertain the source of the error, we can now look at the leading causes of the error and how to fix them in each case.

The game server you are trying to connect with may be overwhelmed by the sheer number of gamers attempting to communicate with the gaming server. In this case, there are limited options for you to exercise, and the best one is to wait it out. You can try to connect with the server at a later time when the load on their server is (slightly) less, and you won’t have to face any connection difficulties.

A thing many gamers experience is when the gateway server is functioning and being online while the lobby server that is trying to connect you, remains offline. This dilemma cannot be fixed by the user alone and they will have to wait for a few moments and hope the gateway server can establish a connection by opting for a new lobby server. This reasoning may seem strange, but it does occur quite often with users.

Some other measures that you can take

The server connection may be hindered due to your router acting up. You can simply reset your router by pushing the reset button on the back of the router. Beware of the fact that any such reset will result in a loss of custom settings that may be on your wireless router.

The measure of resetting the router has received positive feedback in helping them get over the io.netty exception error; hence it is a simple procedure and hardly takes more than 30 seconds to achieve.

Another reason your server may get timed out repetitively is due to the windows firewall making it impossible to set up a connection with the host server. In this instance, you need to check your firewall settings and if the gaming server is on the firewall list, you must make an exception in those settings so that the game server can be reached effectively. Make sure you check all the boxes for JAVA ™ Platform SE Binary in the firewall settings. After ticking these boxes, press ok, and you will be good to go.

Another practical thing to do is to disable the windows firewall, which may be enough to make this error go away.

Most connections on a PC use random ports to establish connections to their host servers. These are sometimes called dynamic Internet Protocol addresses. Under this utility, there may be times when the PC uses such different ports to connect and the server may not respond. To rectify this situation, you have to check your IP configuration, usually from the command prompt.
The next step would be to go to the Minecraft servers and there will be the editing option. Here you need to put in the IPV4 address that you copied from the command prompt. This is one of the ways that you can avoid the io.netty exception.