How to Choose a CPU – A Complete Guide for Everyone 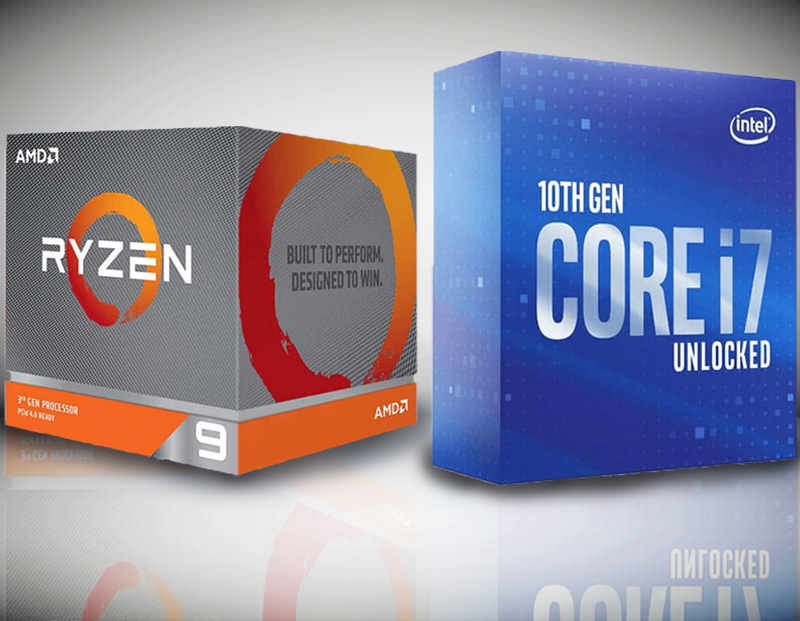 My foray into the world of PC gaming was not as smooth as one would want. I entered PC gaming when the internet was scarce and there was not much knowledge available to garner. For the most part, I had to rely on what my cousins told me about computers and what the shopkeepers of that time guided me. Therefore, I ran into a lot of substandard computers for the early years. My first proper processor was the Intel Core i3 4130, something I bought after doing a lot of research and while I thought it is something that I should be reading more about, the processor served me well but it was bought without much research.

However, when I had to eventually get my hands on the Intel Core i5 4690K, that is when I truly indulged in a lot of research and chose the right one. I had to make sure that I am fully aware of all the technologies that are available in the market, and I am also making the right decision rather than going for something that is substandard. From that point on, all the processors that I did get my hands on were after considerable research.

To my surprise, it is 2022 and people still go through the confusion when it comes to choosing a CPU. If you have been dealing with the woes of how to choose a CPU, do not worry as we are going to help you pick out the best chip that will be worth every penny you spend.

Whether you are looking for AMD or Intel, this guide is going to cover everything and will put all the confusions at rest.

How to Choose a CPU – A Definitive Guide for Everyone

I fully understand if you are going through any confusion while choosing the right CPU because in all honesty, we have all been there and it never really is an easy thing to deal with. The best way to handle this situation is by making sure that you are looking at all the right options so you do not end up getting something that simply is not good enough.

With that out of the way, below is a step by step guide or explanation of choosing a CPU. This definitely will make sure that you are not buying the wrong CPU because you were misguided.

I do understand that buying the right CPU has significantly become difficult as opposed to how it used to be. Gone are the days when Intel was the only player in the market with good enough CPUs to invest in. AMD has stepped up drastically and is now offering great CPUs, too.

I have extensively reviewed both Intel and AMD CPUs and yes, the competition is as real as one would claim but right now, I am just going to pen this guide down that will help you pick up the right CPU. Let’s have a look, shall we?

Up until 2017, the CPU market was more or less ruled by Intel and for all the right reasons, to be honest. The company had solidified itself as the best CPU maker in the market and while AMD was still active, nothing AMD offered was good enough to match the prowess that team blue was offering back then and to be honest, there is nothing wrong with that too.

However, in February 2017, AMD came out with the first generation of Ryzen processors that quickly took the CPU market by storm; these CPUs were based on an entirely new architecture, promised more cores, better performance, and lower price.

This was a sign that Intel cannot just go ahead and provide minor generational upgrades and has to do something that actually makes a dent. However, the first Ryzen generation was not as successful. You see, it did provide more cores and better pricing, but the single-threaded performance was, in many cases, abysmal at best and most gamers avoided it altogether.

However, 5 years have passed and AMD has stepped up, the Ryzen 5000 series is an excellent CPU series that contains pretty much everything for everyone. Everything ranging from basic tasks to high-end gaming can be done on Ryzen CPUs.

On the other hand, Intel’s 12th generation Alder Lake CPUs are no slouch either as you get more features, better performance, and exceptional pricing.

If you are stuck between Intel and AMD, I would highly suggest you stick to Intel for now or wait for AMD’s Ryzen 6000 series which is due later this year.

What is Your Intended Use?

Once you have decided between AMD and Intel, the next step is to talk about the intended use. This is as simple as anything can get when you are talking about choosing a CPU. Since both Intel and AMD provide CPUs that are meant for various use cases. This means that if you are not looking to use the CPU for something like gaming and you want more productivity power, you can spend the extra money and get that, too. The point here is to provide flexibility.

With that said, below is a small guide that will further break down the available CPUs for you.

The above-mentioned ranges will help you significantly when it comes to trying out the right CPU and that too, with ease.

What About the CPU Model Numbers and Names

You would be surprised if I tell you that understanding the model names and numbers of CPUs is something that has never been an easy thing to do. Why? Well, both Intel and AMD had a lot of SKUs from a lot of different series that they would release and it would always become confusing.

However, we are here to help you understand the model names and numbers for both Intel and AMD. So, let’s have a look at Intel first and then we can move onto AMD.

With Intel out of the way, we are now going to take a look at what AMD has to offer with their Ryzen processors.

The numbers/models listed above will help you a lot more than you might think in terms of getting your hands on a good CPU that suits what you are looking for.

Are You Into Overclocking?

Now, there are certainly risks involved in overclocking but at the same time, you are looking at some performance gains, too. Over the past couple of years the whole idea of overclocking has changed significantly. We have moved into a point where you are getting better performance overall and that too, without spending a lot of money.

If you are looking to overclock, still. You will need to spend on a good CPU cooler. Aside from that, you are going to need an Intel or AMD CPU with unlocked multiplier (these are the CPUs that end with either K or X for Intel and AMD respectively). Additionally, you are going to need a Z series motherboard for Intel and X series motherboard for AMD.

These are the essentials if you want to do proper overclocking on your CPU without any other complications coming in the way and ruining the overall experience.

However, the risks associated with overclocking must be known. An overclocked CPU is not only going to generate more heat but it is also going to cause other known issues such as drawing more power, and in the worst case scenario, running without stability, and that is always something that we would want everyone to avoid.

The next thing that I am going to shed some light on is the CPU terminology that is used very commonly in CPUs. Just like GPUs have their terminology, the same is found in CPUs but a bit different. Remembering a lot of detail is often confusing and therefore, we have to check how to look into it and get a proper one, too.

Below, you can find all the relevant information on what these terms mean and what they represent.

The Socket and Chipset Table

The last part is going to explore the socket and chipset table that has most people confused. We are going to make it easier for those who are wondering about these sockets by listing them in a table below.

If you have been having trouble choosing the right CPU, it is completely understandable as we have all been there every now and then. The point here is that if you genuinely want a good CPU, then the best way is to do some research and then make your decision. This is the only way you can get your hands on something that delivers good performance and value for money.

This guide was not about Intel vs AMD, we have already covered that. This guide was to make it easier for users to pick up the CPU that they believe is good for their money so everyone can have an easier and simpler experience without much hassle.

Here is hoping that with the help of this guide, you are able to pick the CPU you want to get your hands on.

Choosing a CPU might not be as difficult as it used to be, however, the sheer abundance of options can easily confuse even the most well-versed consumers and with this guide, we aim to make things easier.

You simply have to choose a good CPU, then look at the performance of various CPUs in the market, and decide which one it is that suits your needs.

Yes, if you have been searching for an excellent value CPU that delivers great performance overall and does not cost a lot of money, the Core i5 is an excellent CPU.