If you don’t belong to generation Z, then sorry to say you don’t know the struggles of youngsters regarding quality screens and monitors. With the advent of new OLEDs and QLED’s, the competition is paramount in terms of pitching in quality and stable features. I remember using VGA and DVI for connecting my GPU with the monitor. But, here’s the problem, for today’s standards, these substitutes might not efficiently work; hence, ricocheting you into permanent oblivion. Not to mention, if you are a moderate multimedia person, then you might have come across the term “HDMI” which stands for High-Definition Multimedia Interface. To be honest, HDMI is the key to achieving seamless pixelated screen and gaming. The reason for the rampant use of HDMI connections is nothing but the need to turn on different consoles, Blu-ray players, Monitors. Thus, making us bring the best HDMI switches that you can get your hands on.

But the real question arises, what’s an HDMI switch?

To make the visual appealing, I would take the example of a HUB network. A Hub is a place that links all the sub-hierarchy servers/modules and provides them with functionality. Well, the same rule and picture apply to the HDMI switches as well. The HDMI switch connects all the HDMI sources to a single hub and provides them with all the required assets. You can also consider it an HDMI splitter. For simplicity, when a single connector springs into many for connecting multiple HDMI sources. In layman terms, you connect the HDMI switch with your HDTV/monitor and then connect all the required output/external HDMI sources to the switch so they can power on. Usually, TV’s have only a single input; hence the need for an HDMI switch.

In this article, we will be discussing the factors and what type of best 4k HDMI switches you can go for. We will be sticking to the crucial factors to consider before buying any best HDMI switch for gaming.

What factors to take into consideration before buying the best HDMI switches?

It’s time to move towards the product review session of the article, where I will be enumerating all the best HDMI switches for gaming. Without any further ado, let’s begin!

IOGEAR 4k 4-port switcher connects a maximum of 4 different external HDMI devices to the hub. It takes a single HDMI input, and power on all the four devices without any known issues. The name upholds the finding of 4k availability, which means now you can have 4k gaming experience with this HDMI switch. Not to mention, you can connect laptops, tablets, digital cameras, monitors, and probably anything that requires HDMI input connection. To be honest, having such a switch at one’s disposal is a total win-win situation.

You can switch between HDMI connections by either using an IR controller or front panel pushbutton. On top of that, you get a perfect LED match up with the connected module/device, which makes spotting easier. It’s worth mentioning; you can only play 4k games at 60 Hz refresh rate and 2160p resolution. Above this, IOGEAR 4k fails to load any image, so keep that in mind. Last but not least, the switch does not require any power adaptor to turn on the module, which again is the ease of connectivity. All in all, IOGEAR 4k is a must-go-to HDMI switch for 4k gaming.

ZettaGuard earned the title of being valuable because of how it takes performance and robustness together. If you are searching for something that can take over your TV easily, I would say ZettaGuard should be your main resort. It offers the whooping compatibility of 4k gaming. All you have to do is connect the main port with your TV/monitor, and bingo it’s done. Not to mention, the HDMI switch brings in remote control for channeling through different properties of images and settings. To be honest, the remote controller comes in handy when you don’t want to go and constantly use the on-device push buttons and switches to tackle different options on and off. It’s worth mentioning that the ZettaGuard supports up to 60 Hz cycles with RGB enabled.

Additionally, the switch also includes safety measures (data protection) for safeguarding your content from getting copyrighted. On top of that, it’s best fitted with TMDSW equalization and CDR for better HDMI transmission. It also supports multicolor options like 24-bit and compatibility with Blu-ray and DVD players. All in all, it’s a decently laid out HDMI switch for people who love value-added features.

KINIVO 550BN won the award for being performative and compatible with most of the monitors and devices. If you are looking forward to getting plenty of horsepower through the switch, I would say this is the HDMI switch you are looking for. In essence, the switch allows you to display screen at 60 HZ 4k, and at times 3D display as well, which means there’s the VR possibility with the switch. Not to mention, the HDMI switch allows the data transfer to take place at 18 Gbps, which is highly phenomenal in my honest opinion.

On top of that, you get HDCP 2.2 compliance, which means you can stream and game at ease without any copyright infringement strike. You can also connect XBOX, PS4, and TV at ease without any known stutters and screen tearing. Last but not least, the switch offers a sturdy layout with an aluminum body that protects the switch from accidental drops and soaring temperatures.

All in all, KINIVO 550BN 4k is a decent HDMI switch with enough ports to power on ample devices.

It’s time to welcome the flagship model, which brings in a number of features. One of the top tier features is the number of ports you get with the HDMI switch. Yes, this time, you can connect around seven external HDMI devices without causing any congestion problems. You can have fun by enabling 4k gaming on the hub switch, so you can play game titles on @60 HZ 4k without stuttering and freezes. Not to mention, the HDMI switch focuses on wide adaptability and compatibility with a range of devices out there. For example, you can connect your PS4, Xbox, Apple box, Blue-ray, DVD player, projector, and so much more. On top of that, you also get hold of manual and automatic switches, which means you can toggle on and off the device with the help of an IR controller and automatic detection sensor. This is what we call majestic, because the device not only functions well, it also gives the users controllability to their choices.

Last but not least, but you can install the device by following easy-to-follow guidelines on the package. It will hardly take you a couple of minutes and bingo; then, it’s done. To be honest, it’s a go-to switch if you are looking forward to something exceptional and out-of-box.

I am so excited to review this HDMI switch because it won the award for being feature-rich, which means everything will be at one’s disposal. It’s also worth mentioning that people will not have to take a leap of faith, because ROOFUL RFH2S51 is a marvelous HDMI switch with positive reviews. From the recent reports, it was apparent that many people were able to do most of the functions at ease. Not to mention, the switch offers you HDCP 2.2 standard compliance, which means you are safe from getting a copyright strike for streaming. On top of that, you can use the switch to transmit HDR content, which is 3D compatible.

In addition to that, the device supports DOLBY Atmos, Dolby Digital, and LPCM7.1. It’s worth adding that you also get to bask in HDMI 2.0 variant, 1.4 and 1.3 standards, and the support for 30-bit and 36-bit colors. That’s quite a lot, isn’t it? Last but not least, you get to hold an IR controller which you can switch on and off the device from a distance. I would say it’s an amazing HDMI switch, which won’t cost you an arm and a leg. But it already!

SGEYR HDMI switch is the best functional switch in the list. It doesn’t correlate to it being heavenly but only functional with a surfeit of devices. Although it’s a basic switch with only five ports, it’s highly useful in terms of pitching in fast performance and amazing results. Not to mention, the switch is affordable and provides a solid data transmission of 10.2 Gbps, which is unparalleled. On top of that, you get to meddle with 3D, 30 Hz, and 4k options at 1080p without any stutters or freezes. It’s worth mentioning that the switch brings in the color depth of 24-bit, 26-bit, and 30-bit for different system combinations. In addition to that, the switch makes use of USB connections, which means you need to power the hub somehow, which is sort of a bummer, you know.

All in all, it’s a decent functioning HDMI switch that revolutionized the concept of 4k gaming.

Whatever HDMI switch you cherry-pick, just ensure that it comes with all the proposed and advanced features for future sustainability. It’s also worth noticing that there is a range of HDMI switches you can select from; thus, we only picked Tier S switches renowned and known for their performance. I hope the guide was accessible and easy to comprehend. If you think there is something amiss or proposed biased opinions, do let me know in the comments. You know, I always appreciate constructive criticism from our fellow readers.

I would say HDMI switches are the best because you get to tweak the options as per your will, whereas HDMI splitters tend to be rough and bring in limited customization profiles. Not to mention, with splitters, you can go for 4k until mentioned.

I don’t think so because, in such Hub systems, there are discrete amplifiers that ensure quality signals. So as long as you are using an HDMI switch, you are in good hands.

Not at all. Although I will never recommend getting splitters because of a lack of options, splitters do their work eloquently. 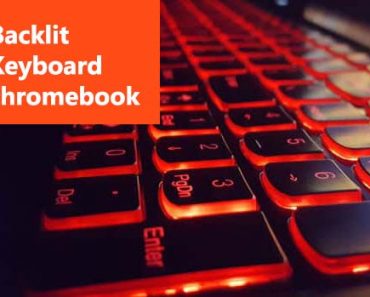 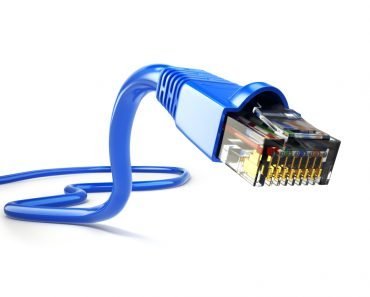 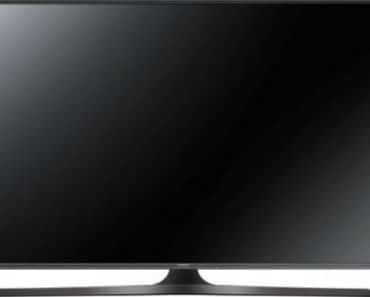 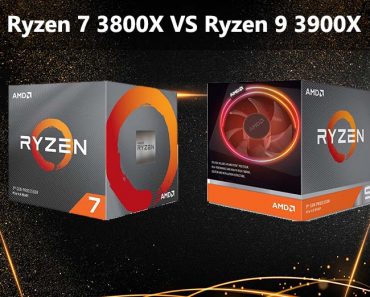 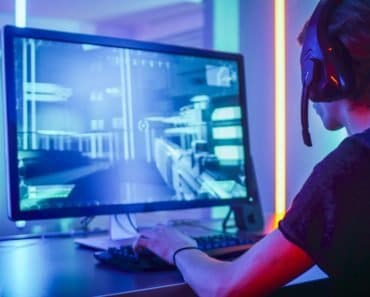 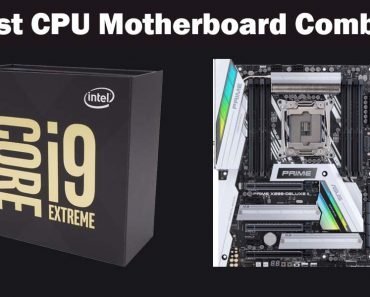 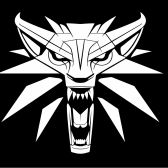 Hey, I'm Muhammad Bilal. I'm a tech fanatic (also read: Gamer), who loves scrutinizing fine details. I aim to strive hard in my respective fields (as a writer and software programmer). Before pursuing my majors in a university (right now in A-levels), I want to spend time exploring and reviewing the latest technology.