The difference between Graphics Card and a GPU 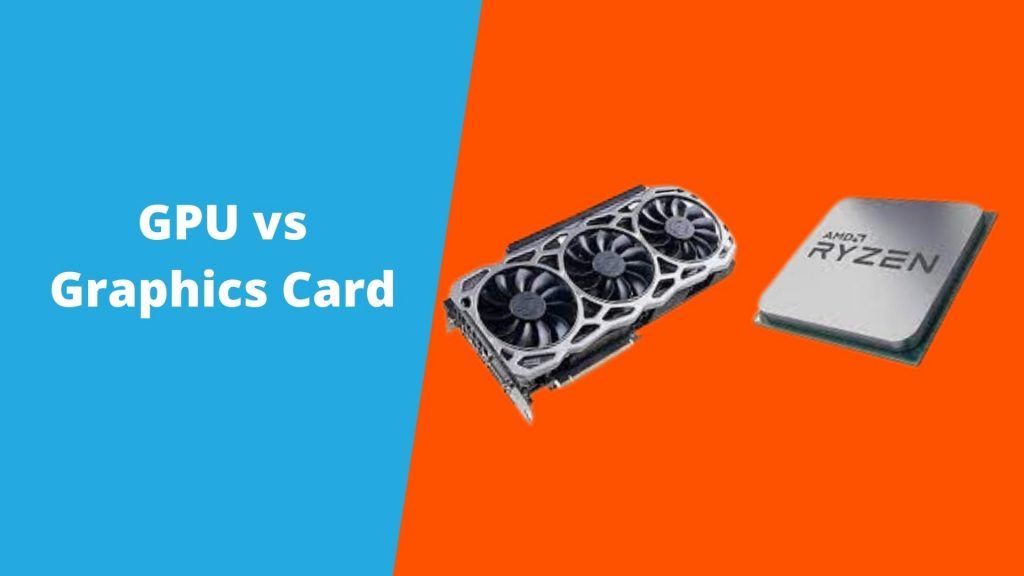 Joining the PC master race seems to be a fairly easy thing nowadays. You just have to know what you are looking for and you will be all sorted, to be honest. However, in most of the cases, the newcomers are the ones that have to go through the most pains and it should not really come as a surprise, either.

The computer industry is no longer what it used to be and there are countless options available in the market and not just that, the presence of these options and new technologies have also introduced a brand new world of information as well as acronyms.

The said information can confuse even the most well versed individuals and today, we have a very simple comparison between a GPU and graphics card. I do understand that for most of us, there is no difference between both of these terms as they have been used more times than one can count but trust me when I say that the difference does exist, and well, we are going to get to the bottom of it.

Are GPU and Graphics Card the Same Thing?


For the uninitiated, a GPU is short for graphics processing unit. It is a specialized processor that undertakes all the graphics processing tasks. As the name suggests, it takes a few seconds to understand that you are looking at a chip that is made and optimized exclusively for all the tasks that require graphical workload.

Of course, since it is dedicated to do just one thing, it is more efficient than a CPU and whenever you are looking at any graphical workload in any form, the GPU is the one that is handling everything graphically.

So, doesn’t that mean that a GPU and a graphics card are the same thing; considering how they are both doing the same thing? Well, things are not as easy as they seem.

To put it even simply, a GPU refers exclusively to a graphics chip that is manufactured by either Nvidia or AMD. Whereas, a graphics card refers to the final product that you are getting your hands on from a market. These cards are made by various companies such as MSI, Gigabyte, Asus, Colorful, EVGA, and a number of other companies.

Now, normally, I would wrap things up but the world of GPUS alone is a lot bigger than one might think and well, things can be confusing, to be honest. For starters, a graphics card in itself is also known as discrete or a dedicated graphics card. This is a very clear indicator of the fact that a graphics card is a dedicated component that interfaces with the computer through the PCI-Express slot.

At the same time, you get to hear a term called external graphics card. Now this is a bit more confusing and is not as common as it used to be. This term represents a standard graphics card that a user installs in an external enclosure and that connects to a computer (usually a laptop) with the help of a cable.

Now, graphic cards do have really high bandwidth and because of that a Thunderbolt 3 port is required for such tasks. Users mostly use external enclosures with laptops as you get access to the fact that your laptop is still portable but with the performance that is something close to an actual desktop.

The performance is still not 1:1 because of other factors such as the CPU frequency and thermals not being up to the mark.

Last but not the least, we have accelerated processing units. Now, I would go into details about this but you are not really looking at anything confusing. As a matter of fact, APU is just a term that is introduced by AMD for integrated graphics. However, the silver lining here is that AMD’s Ryzen APUs have managed to deliver excellent performance and while it does not match the performance of a dedicated graphics card, what you are getting is better than what most Intel integrated graphic cards offer.

So there you have it, folks! I am aware that this could be a bit difficult to understand but hey, we are here to help you through anything that might be mildly confusing or too confusing, in some cases. The purpose of this article is to ensure that the next time you sit down to do some research on what you are about to buy, you have all the information you need in one hand.