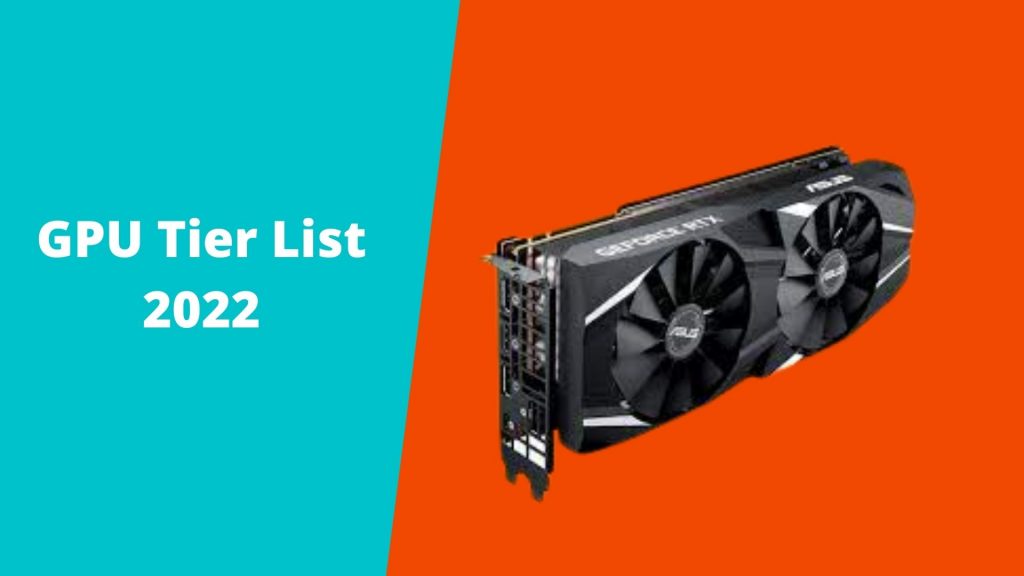 Choosing a proper functional GPU can be stressful, especially if the options are piled up against each other. In 2022, you will find zillions of graphics cards from Nvidia to AMD, and the list goes on. The best graphics cards are those which can pridefully stand out in the pool of competitors blessing you with 4k rendering and gaming enhancement.

Today, it’s harder than ever to select the card at first sight. The competition has been toughened by new cards incorporating the latest technology. It’s apparent when Nvidia released their 20-series, which involves RTX cards. These RTX cards enable Ray tracing technology giving you a photorealistic experience. The same rule applies to AMD cards, although they haven’t yet embedded the RTX technology, their neck-to-neck performance with top-tier Nvidia cards speaks volumes. There’s a serious rivalry between GTX 1060 and RX 580 for what they offer. But the question remains, what should you go for? Maybe the hierarchy model will guide you?

A sneak peek to the hierarchical order

Before jumping to the main session of the article, we will like to let you know that only if you are looking forward to enjoying games at constant FPS with a 144hz refresh rate, then this list is just made for you. It’s a gamer’s dream to have a beast working at his/her home. The list is based on FPS, and performance charts.

Well, the below-mentioned list was tested on suitable configurations and the benchmarks were recorded. We assure you that, the GPU tier list is authenticated, and goes in line with official records. So, without any further ado, let’s postmortem the performance data!

The platinum tier (S) consists of high-end GPUs that you can get your hands on. Surprisingly, Nvidia took the first tier without giving any space to AMD. Why? Well, the dominance exerted by Nvidia is due to the CUDA cores and the latest technology of RTX. Nvidia, in particular, provides high-end and up-to-the-mark GPUs.

As far as the price tags are concerned for the platinum tier, they are out of this world. They are highly expensive cards and can be bought by billionaires (pun intended). The reason for it being super expensive is acceptable because of the features these cards provide. If you are looking forward to getting a constant refresh rate with a 4k gaming experience, then these cards are just made for you. Not to mention, the newly incepted RTX in Minecraft is astonishing. Experience it already through these wonderful gem cards.

Notwithstanding, the Titan series is one of the series that can provide a threader effect on the system. It can run millions of processes simultaneously. If you aim to run a bunch of web servers then how about using the Titan V?

It has been recorded that these cards transgress the boundaries by 3%, giving you around 103% of gaming boost which is exceptional and phenomenal. What about rendering? It’s mind-blowing, with a minimum of 3-minute rendering time!

Tier A GPUs withhold the same position as the “Platinum” tier because of the similar performance charts. The reason for them being below the first tier is nothing, but a few fluctuations in FPS and price range. These cards are somewhat affordable if you have the vision of setting up a beast rig.

Surprisingly, Nvidia is still leading the second tier in terms of 4K and 1440P gaming. The reason was again the latest technology implemented in these new RTX cards. Here, we also witnessed AMD coming into role play. Two spots were taken by AMD Radeon VII and RX 5700 X because of the marvelous gaming experience proposed by the RDNA technology. It was recorded that AMD Radeon VII was competing against RTX 2080 in terms of rendering and gaming. There were only minor FPS drops, but it’s commendable for such a card to race against Platinum cards.

Notwithstanding, tier A proposed around 1.5 to 2 % Boost in the overall performance of the system. If you aim to render 3D models and experience high-end gaming environments, then Tier A should be your shot, because they are still affordable and can be juiced at any temperature.

Tier B consists of those cards which can produce unparalleled performance and can be bought easily by enthusiasts. It’s a balance between both the price tags and what they offer. But here’s a problem. These cards can only fulfill the 1080P gaming experience with constant FPS. Basically, these cards were made to provide an Ultra-high-definition gaming and rendering experience.

Although you can still run 4K games with the right refresh rate of the monitor, you will not experience constant Frame rate generation. It’s sort of like that you are exceeding the threshold and pushing the limits that are not planned for such cards. It’s awe-inspiring to see AMD cards competing against the rival Nvidia cards. The top spot is taken by AMD RX 5700 which is by happenstance considered one of the high-end GPUs in this price range.

The reason is quite simple: AMD is planning to push contemporary technology to RDNA2 which is supportive of probably everything including Ray-trace technology. The push given by these AMD cards is constructive and worthy of what’s to come. If you are considering Nvidia cards in this tier, they are below AMD but are worth a try, especially the RTX 2060 to experience the Ray-tracing technology on games like Minecraft and Cyberpunk.

Tier C is targeted at mid-range gamers who can afford these GPUs at a reasonable price. These cards are renowned for providing 1080P gaming flawlessly. You can rely on GTX 1060 and AMD 580 for the best gaming performance. They both go neck-to-neck in competition and can be relied upon for a gaming spree. The problem here is that you can’t play games on 4K due to restricted support from these cards. It’s not like you can’t launch the games on 4k, but yeah you will experience a lot of stuttering and ricocheted temperatures.

Not to mention, in this tier, AMD superseded most of the Nvidia cards because of the performance provided by Polaris architecture. We’ll be honest, OpenCL is providing more room for upgraded performance than the CUDA fanboy club. If you are looking forward to having a 1080P experience with proper synching properties for your not-so-run-of-the-mill monitor, then these graphics cards are your last resort. My advice: go for AMD 580 from this tier!

The last tier is for those people who are into mediocre gaming with not so flashy graphics. This tier will do the job if you budget tight. Although 1080P gaming and rendering are still possible on these graphics cards, you can’t push the limits of the graphics card. Overclocking will be a bummer in the sense that, if your CPU is modern, and your GPU outdated, you might end up with a CPU bottleneck.

So as long as you are happy with medium settings gaming, then this tier is just for you. We will advise you to go for GTX 980 which is competing against 1050 and 1060 GPUs in terms of providing FPS and rendering performance. If you are an AMD user, then it’s advisable to go for AMD 570 or 560 which are budget GPUS suitable for you.

The ultimate wrap up!

The aforementioned tiers are not to degrade any potential gamer or a professional editor. The sequential order was tested against setups to confirm authenticity. In short, if you have enough money to sustain your dream beast, then tier S should be your ideal goal for professional usage and gaming purposes. Similarly, if the affordability remains you can either go for Tier A, B or C depending on your budget. Well, on the other hand, if you are tight on budget and still looking for decent and discernable performance, then tier D is just for you.

The tiers are also subject to change depending on the release of new products with new technology. We hope this guide directed you in the right direction.