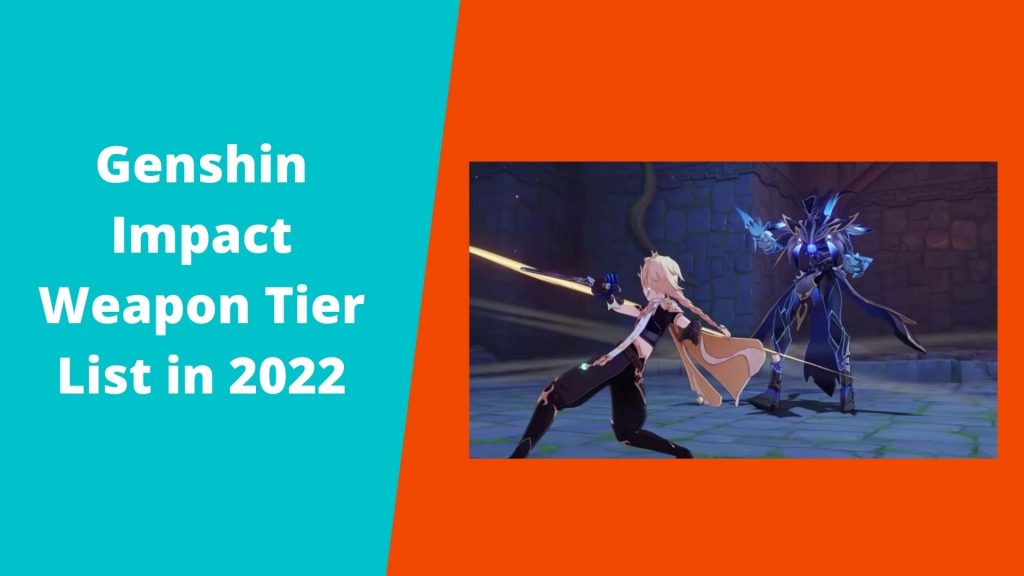 Genshin Impact is one of the acclaimed Gacha games to date and is wonderfully faring well. Not until recently, the top-up bonus was reset; there had been a tremendous number of pulls both on character and weapon banners. To say the least, the weapon banner is usually neglected because of its minuscule advantage on the characters. Nonetheless, having a decent 4* or even 5* weapon can make a difference, especially when you are investing your time in achieving higher output damage during the middle and end game. Thus, today, we will be talking about the Genshin Impact Weapon Tier list and what to expect after pulling your randomized weapon on the weapon banner.

When exactly to pull (The Evaluation criterion explained) for a weapon?

There’s no straightforward formula to calculating when or when not to pull a weapon. I can say that when you are completely head over heels for a certain character; then it is the best time to pair it with a fabulous weapon for wielding. Apart from this, always ensure that you check out flat ATK, ATK%, DEF%, HP%, CRIT Rate, CRIT DMG, Physical DMG, and Elemental recharge on weapons. For example, for Ganyu, CRIT Rate and CRIT DMG are the two most important determining factors for her overall output damage. The higher the numbers, the more attack would be dealt with. Hence, always lookout for a correlation between a character and the required set of damage.

It goes without saying that the SS+ Tier weapons are insurmountable and are your best shot for the spiral abyss and endgame, but this shouldn’t negate the fact the A and B Tier weapons are equally as par the standard of SS+, only if you can bring them to Level 5 (5 same pulls). Moreover, as you go down the tier list, the output damage decreases, and it’s inevitable. I mean, the poorer the weapon, the less damage it would deal. So, not to look a dunce, I would recommend using 4* and 5* weapons only on your characters. For the most time, just ignore 3*, 2*, and 1* weapons as they are the epitome of imperfection.

SIDE NOTE: In this Tier list, we will be refraining from talking about any 2* and 1* weapons because of non-existent passive and bonus talent. It’s ridiculously surprising that even the low Tier characters are able to surpass some top S tier entities, but when it comes to weapons, a 2* weapon will always remain abysmal no matter how much you level it up. Well, at least 3* weapons are worth a shot, and that too depends on the situation. Anyways, enough of it! I hope you’ll enjoy the Tier list. So, without any further ado, let’s begin, shall we?

The SS+ tier houses-in top-class weapons that your favorite characters can wield at peace. At the same time, it’s extremely hard to get them as the weapons are themselves based on the Pity-counter, which only hits after 60 pulls. So, all you can do is hope that the Gacha system favors you at the earliest.

The S Tier weapons are no different than the SS+ tier weapons. The only downside with these weapons is their sub-stats and Bonuses. They might not align with your requirements.

This Tier contains all the 4* weapons, which are the watered-down version, or you can say “lighter version” of the 5* weapons. For what it’s worth, these 4* weapons are easy to come by as you can craft them, and pull them on each wish on the weapon banner. This means you don’t need a pity counter to get the 4* weapons.

Well, the B Tier weapons are a little nerfed down, and it’s understandable because of the out-of-sync bonuses applied on the weapons.

In this Tier, you’ll find somewhat decent weapons for your characters, but they are best used on a refinement level of 3 or above.

The 3-star weapons are really not worth it unless you use them on a refinement level of 5. It’s easier to get them to that level because of the abundant availability of 3* weapons. Anyways, I won’t recommend these weapons.

Well, this brings us to a close. I hope the afore-mentioned tier lists were worth your time, especially when you needed a detailed guide to cherry-pick a weapon for your character. If you have any questions, feel free to let us know in the comment session below. Happy Gaming!