The game “Among Us” is a very interesting game and quite unique. There is no complicated story or breathtaking graphics in it. Perhaps, that is why people love it so much. 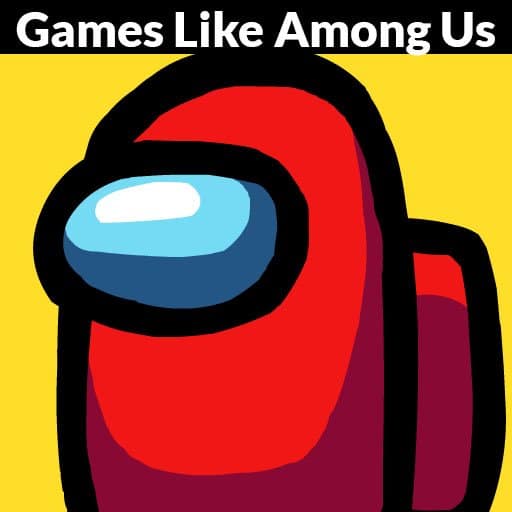 One of the main reasons why the players just can’t get enough of it is simplicity. This game is one of the most exciting imposter games currently.

Here’s how it works. There are ten players in total who have to perform some basic tasks on a spaceship. However, there are two “imposters” among these ten astronauts who are secretly trying to sabotage the entire operation before you can figure out who they are and get rid of them by ejecting them into space.

They can easily blend in with the rest of the group and they also have a few special skills that allow them to perform a few moves the others can’t. If you’re the traitor, then not only do you have to kill the other astronauts when no one is looking but also have to manipulate your friends into blaming each other for being the traitor. Think ahead and make up alibis, lie convincingly, and have a plan of attack to make sure that you survive till the end.

This game is now one of the most played games, which is not much of a surprise. This game is incredibly fun when you’re playing with your friends. As each person makes their case for being the innocent one, even if it means to accuse their friends of being the imposter, things will get tense. If you are looking for games like among us, then you have quite a few other similar games that you may like, so go on and check out the following games below.

For the Unfortunate Spacemen game, you will need all of your social deception skills. In this game, you start as an employee of The Company who is waiting to be rescued. The players need to complete random objectives along with the other astronauts to help in the rescue. However, things get very interesting when someone turns out to be an alien, who doesn’t want any of the spacemen to be saved.

If there is one thing that is more unfortunate than being stranded on a distant outpost while trying to survive long enough to be rescued is probably getting killed by a monster who was pretending to be your friend. This game is quite similar to the other imposter games on the list. However, one difference is that you play from a first-person view, which makes it significantly scarier.

If you are the monster, then you can choose which crewmate to impersonate, lay traps and sabotage the team. You can also choose to be in the monster’s horrifying natural form and go on a rampage. The monster is very powerful, but kills aren’t instant. You will certainly need a team to take it down. Both monsters and spacemen have different items and perks, which they can use to take the win

You’re stranded in the snowy wastes with just a fur coat and your wits in Project Winter. Survive the cold and your hunger long enough to complete the tasks and call for help. On the other hand, if you’re a traitor, then your mission is to simply kill the others and take the win.

You get the perfect excuse to lie to your friends in this game. This happens to be the main thing games that are similar to this one. However, things get interesting here because you have to keep your eyes open as you have to find the small and subtle hints. There are a total of eight survivors in this game, two of which are traitors.

Survive, complete tasks, and then eventually escape the inhospitable wilderness by working with your team, because you will need to. The only way to unlock bunkers and gather resources is to travel in a group and team up with others.

The traitors aren’t the only ones who are out to get you by poisoning your dinner. In these snowy hills, you will find deadly beasts in the wild too.

The game, Enemy on Board is also one of Among Us similar games. In this game, there are six players who are the crew members on a spaceship. Two of which are aliens. To win, one side has to kill all of the members in the other group.

There are several things that may happen and would simply keep you guessing. To activate their powers, the aliens need to be near people to activate their special abilities, which also increases the risk of getting caught.

The aliens have to keep the others guessing. To try to kill someone, the alien can transform for 15 seconds before sneaking away and transforming back to join the others. On the other hand, the humans have to look for any of the small little hints to figure out who the alien is and kill them.

It may be quite an old game, but Town of Salem is still as fun as the other similar games. There are 48 unique roles, one of which is assigned to each player. Each role comes with its own attributes, abilities, and goals. The game has a day/night cycle and each day the citizens decide who to publicly execute. On the other hand, at night, murders and other bad things happen.

Even at night, you can do a task. A doctor can heal someone, a tracker might follow someone, and the plague bearers spread their disease. Every game plays differently, because of the different roles that are in play in each game. Also, the players can have as many interactions at night as they want.

There are three main types of roles: Mafia, Town, and Neutral. Mafia simply wants to kill everyone, while the town players want to get rid of all of the bad guys. The neutral has different goals. Some of them may need a particular player to die, some may need to survive the game, and the Jester wins if the town gets tricked into hanging them. The players will need all of their social deduction and deception skills to identify the guilty players, and also to convince the other players to believe you.

To refer to any injury that a person might get due to a sudden change in water or air pressure is the term “barotrauma”. In this game, you’re trying to survive and not to drown. You are on an ocean in Europa and you are playing as one of the submarine crew members. While, one of your crewmates is a traitor, as if being at the bottom of an ocean and trying to survive wasn’t frightening enough. It is packed with the horror and is a complicated survival co-op game.

There are three classes that you can choose from, mechanic, captain, and medic. Once you have picked a class, it defines the tasks that you need to do and work on engines, pumps, and all kinds of mechanical stuff.

Getting everyone to work together to guarantee that you win is easier said than done as there are up to 16 players in the submarine. Also, in all this chaos things will need to find a way to survive.

If you’re looking for the best games like Among Us that is terrifying, then Deceit should be on the top of your list. The type of area and surroundings alone are enough for a horrifying experience. While you are under stress and trying to figure out who should you trust and who does not.

This game is a social deduction first-person view game, which revolves around infecting your friends with a deadly virus. There are a total of six players, while two of them are infected with the virus and you’re all in a locked dungeon together.

As you progress through the dungeon slowly getting closer to escaping, you will go through two phases. Infected players look for bags of blood, and everyone else goes around picking up items and deciding whether to vote someone out in the daytime. To vote, shoot or stab the person that you want to get rid of. The players will have to find and place fuses to proceed to the next area, while the infected will transform into monsters and will be running around trying to kill the others in the blackout phase.

You would most certainly know about Garry’s Mod game and that it comes with the Trouble in Terrorist Town game mode, if you’re one of the people who have been playing traitor games for a while now. It is a fairly simple game and here’s how it works, 62.5% of the players are innocent, 12.5% are detectives, and 25% are traitors. To get a better idea, if there are eight total players, then one is a detective, and two are traitors. The players can modify the game mechanics and roles to their heart’s content, just like pretty much everything else in the game.

In this game, the traitor has to simply eliminate all of the innocent players, while the innocent players are working with the detective to figure out who is the traitor and kill them. Certainly, there is nothing like the moment when the ally you trusted all of a sudden turns and shoots you in the head, and the dead can’t speak. This means that until someone finds your body, no one will even know that you’re dead.

The traitors are allowed to buy special equipment. However, you don’t want to be caught holding a weapon that only the traitors have access to.

The Escapists has quite a different gameplay than the rest of the games that are mentioned on the list. However, you will most probably like the game if you are into puzzles and sandbox games. The main goal of this game is to escape from prison. You have to pretty much figure out everything by yourself in this game. You can find a tutorial, but it doesn’t tell much about the game and what should a player do to win.

The social interactions in this game provide a new experience pretty much every time. You have a chance to sneak into the cells of the other prisoners at dinner time, you can steal their things, and you can also recruit fellow prisoners and form an alliance are some of the examples. However, when you have gathered enough items to start your breakout, you just might have to turn on others to escape from the prison.

Unfortunate Spacemen, Enemy on Board, and Deceit are free to play games, while the others are not. However, the Town of Salem is free to play on Android.

It’s fairly simple. If you are one of the innocent players, then you should be careful around other players as anyone could be the imposter/traitor, while also focusing on completing the tasks and making sure that you and your teammates survive.

On the other hand, if you are a traitor then your job is to simply make sure that no one survives. To do so, keep the other players guessing about who the traitor is while you take them out one after the other.