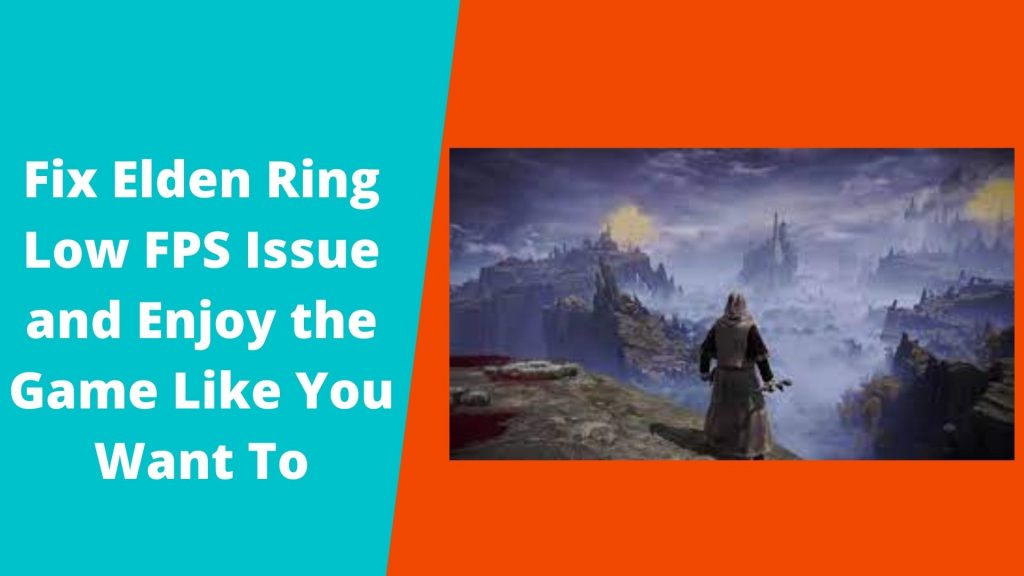 After years of wait, Elden Ring finally came out and easily became one of the best games. A lot of fans and critics went on to call the game the best that FromSoftware has to offer and to be honest, I concur with the statements. After all, the game had masterminds like George R.R. Martin and Hidetaka Miyazaki taking the helm of writing and storytelling, so it is only fair to assume that the game is a masterpiece, and well, assumptions are one thing but the scores speak for themselves.

Now, it should not come as a surprise that the game received overwhelming response but with all the praise, there is one thing that bugged a lot of people and that was the performance of the game. Yes, despite being a game that was not as intensive graphically, the game still had severe performance issues even on higher-end GPUs like RTX 3080.

Although there have been a few patches and more are coming in the future, there are still issues that are lingering around and in this guide, I am going to help you fix Elden Ring low FPS issues. So, this is for you.

Now, if you are wondering how to fix Elden Ring performance issues, then the guide is not going to confuse anyone. The purpose here is to cover all the bases so you are able to properly fix the performance issues in Elden Ring and that too, without any hiccups. So, let’s get started.

One of the biggest grips a lot of people have with Elden Ring is that whenever you are playing the game regardless of the setting or the PC, you are ought to run into frame rate drops. The issue happens in a way that the game starts freezing because of the frame rate drop, and then ends up with super-fast animations. In a game that demands a player to be as precise as possible, this is more or less a death sentence.

As far as the fix is concerned, the most obvious way out of this is to be sure that you have updated your drivers, does not matter if you are running an AMD GPU or something from Nvidia, it is better that you are keeping all the drivers up to date.

Last but not the least, FromSoftware has talked about how they are constantly working on fixing the performance of the game, so we are likely to see more performance fixes that are coming in the future updates.

This is not something of an issue that breaks the overall experience of the game and more for people who are always looking at uncapped framerate. For those who do not know, Elden Ring is locked at 60 frames per second on PC. While this framerate is widely accepted all around the world, it is not enough for people who are looking for the most fluid animations and experience.

Sadly, we cannot say much about when FromSoftware is going to deploy an update to unlock framerate but for those who are looking to experiment, there are a few mods that will help you get things done but thanks to the unofficial nature of the mod, we would highly suggest that you try it at your own risk.

Although this is not something that I would call a performance issue but Elden Ring does have a glitch that turns the bad guys invisible the moment you lock the target on them. Considering how it is a game that is known for its punishing difficulty, running into such an issue does not seem like an easy thing to deal with.

Thankfully, fixing this is not an issue as you can just go ahead and update your GPU drivers, and you would be able to get started with the game without the invisible enemies.

Another issue in Elden Ring that is creating a nuisance for players all around is the fact that the mouse sensitivity in the game is a lot higher than it normally should be. Which makes it almost impossible for players to properly navigate through the menu or the game itself. Sure, if you have a good mouse with DPI controls, you can create a profile with the game and set the DPI to an acceptable level when you are playing Elden Ring but this is not really a fix.

Yes, the game does come with a number of mouse and keyboard options, I would highly suggest that you are using a controller to go ahead and truly enjoy the game. If you still, however, insist that you need to use the mouse and keyboard, then simply tweak the DPI settings of your mouse from the companion software that your mouse runs and you will be good to go.

Elden Ring is an excellent game and one simply cannot deny that. Countless people including myself have waited years for the game and to run into such game breaking performance issues is not something that a lot of people like. However, knowing FromSoftware and its dedication towards the game, we can be sure that there are fixes on the game.

If you cannot wait for the updates, you can just get the game and start playing as it improves and gets better or you can wait for the developers to iron out all the issues so you can truly enjoy the game. Whatever the case might be, this guide should help you get the best performance from the game.

At the time of writing, Elden Ring is set to get numerous patches that will eventually fix the performance of the game and provide better optimization.

The reduced FPS issue in Elden Ring is more or less because of a lack of optimization and FromSoftware is working hard on fixing this issue.

You can follow all the tips that we have mentioned in this guide and see if that fixes Elden Ring low FPS. If they don’t, then you can wait for future patches to sort things out.