Here we are going to go through the best gaming PC build under $1500 that you can buy. Now, $1500 is a very good price point for a gaming PC build because you can easily get a PC that provides beasty performance as well as have some nice aesthetics at this price. If your budget is low you check Best Gaming PC Under $1000.

First up, here we have the processor, and the processor we chose for this gaming PC build under $1500 is the AMD Ryzen 7 3700X CPU.

Third-generation Ryzen CPUs made a big entrance in the CPU market when they were released, and AMD did not disappoint their fans with their Zen 2 architecture. The third-generation Ryzen CPUs feature higher clock speeds along with more cores than their previous first and second-generation CPUs, which has helped the Ryzen 7 3700X CPU to be one of the best CPUs for gaming. Ryzen 7 3700X is perfectly capable of handling gaming as well as 3D rendering or video encoding etc.

If you’re wondering whether the AMD Ryzen 7 3700X CPU is worth the money you will be paying for it, then the answer is, “Yes, it is!” The Zen 2 architecture that the Ryzen 7 3700X is based on is smaller, better, and faster than the AMD’s previous Zen and Zen+ architectures.

The increased single-core performance of the AMD Ryzen 7 3700X CPU is enough to give it the upper hand over the AMD’s third-generation Ryzen 5 processors, and it even provides performance that is up to the mark when compared with the Intel Core i7-9700k.

We did not select an after-market CPU cooler to save some money. Since the AMD Ryzen, seven 3700X comes with an AMD Wraith Prism CPU cooler, which is more than enough to keep the temperature of the Ryzen 7 3700X CPU in check, and it also has RGB lighting, so it does add a little bit flash to your PC build.

The motherboard that we chose for this gaming PC build under $1500 is the ASUS TUF Gaming X570-Plus (Wi-Fi).

The ASUS TUF Gaming X570-Plus (Wi-Fi) motherboard offers a good amount of USB ports, SATA ports, etc. It not only as good performance, but it also has a good design. The motherboard itself is black, and there are some silver lines across the board and the M.2 heatsink.

The ASUS TUF Gaming X570-Plus (Wi-Fi) motherboard will be able to provide the enthusiasts with all of the latest features like the USB Type-C port, RGB lighting, Wi-Fi, etc. and stable build quality. At the same time, it has a reasonable price, which makes it a really good choice to go for in this gaming PC build.

As the XFX Radeon RX 5700 XT Thicc III Ultra 8GB GPU has GDDR6 memory type running at 14GHz, this provides 448GB/sec memory bandwidth. It is a bit power hungry GPU as it requires two 8-pin power connectors, but XFX recommends that you use a 600W power supply at least, which is quite reasonable. However, it will produce a little bit more heat, but the triple fan design will be able to keep the temperatures in check. For video output, this GPU has one HDMI port and three DisplayPorts.

For the PC case to house every hardware component, we chose the Corsair Carbide SPEC-OMEGA Mid-Tower Gaming Case, Tempered Glass.

The Carbide series of PC cases from Corsair were all pretty linear designs until quite recently. The SPEC designation was brought by Corsair’s range of PC cases, where lighting, angles, and aggressive designs have come out to play. In the newer PC cases that have been made available, there has to be at least one PC case that will fit anyone’s needs. Especially, with the advancements made to the PC cases with the RGB lighting as well.

The Corsair Carbide SPEC-OMEGA Mid-Tower, Tempered Glass PC case has quite a bit going for it. The option of three different colors for the PC case as well as bright colors, angles, good ventilation, and a good amount of features on the inside of the PC case.

While this PC case is mostly black colored, however, you do have the choice to go for the one with white highlights, red highlights, or black on black. On the left side of the PC case, it has a nice tempered glass which will give a peak on the hardware components on the inside of the case and adding to your PC build a little more bling as the PC case also has RGB lighting in the cutout on the front of the PC case.

One of the main reasons why we chose this PC case is because of the features it provides to house all of your hardware components as well as it has some nice RGB action going on the front of the PC case and it also has tempered glass on the side. This PC case can house a 360mm radiator on the front and a 120mm radiator on the rear side of the case. You get all of that at a reasonable price, which makes the Corsair Carbide SPEC-OMEGA Mid-Tower Gaming Case, Tempered Glass a very good choice to use in this PC build without going over our $1500 budget.

In today’s world, the 8GB of RAM is perfectly fine, and it is enough for gaming. However, 16GB of RAM will provide the PC to have some stretching room and use extra memory whenever needed. 16GB of RAM will especially be helpful while editing and rendering, where 8GB of RAM may not be enough.

G.SKILL offers these TridentZ RGB RAM modules with up to 4266MHz of frequency in different combinations to address dual-channel and quad-channel memory configurations.

The G.SKILL TridentZ RGB Series RAM modules are a perfect combination of fast performance along with pleasing aesthetics and RGB lighting. These will not be cheap, and are definitely worth the price because of its performance and RGB goodness and will fall under our $1500 budget.

This power supply also comes with upgraded CPU/PCI Express main cables, the 16AWG wires for the high-end PC enthusiasts out there. If you’re wondering about the quality of the power supply, then rest assured because it has 100% high quality 105 °C (221 °F) Japanese capacitors, which offer the highest durability, stability, and reliability.

This power supply is really good for this gaming PC build under $1500 as it has low ripple noise of less than 30 mV, which ensures excellent performance and keeps the performance-critical components, like the high-end graphics card to operate reliably longer.

For the Hard Disk Drive (HDD) that will store our games library, software, etc. We chose the Seagate SATA 6Gb/s 3.5 4TB Desktop HDD.

You may be thinking that a 4TB Hard Disk Drive is a bit of overkill, but no, it’s not. As you may know that the games nowadays are reaching the storage, they require more than 100GBs, so if you want all those games and your software, you want to go a bit overkill for the Hard Disk Drive. Also, thanks to the SSDs, now HDDs are not that expensive anymore.

This Seagate SATA 6Gb/s 3.5 4TB Desktop HDD has its multiple Terabytes across four platters and spins at 5900 RPM. However, the company does say that its Barracuda drives are capable of up to 210 MB/s.

This drive is for you to store your games library and software that you don’t frequently use, while the speed it provides is really good for an HDD. You would definitely not want to run out of storage after installing about ten games that all take more than 80GBs per game, so 4TB will be able to store a lot of your stuff easily, and you will probably not have to worry about storage any time soon.

A 4TB of Hard Disk Drive is not very expensive anymore, and the Seagate SATA 6Gb/s 3.5-inch 4TB Desktop HDD is not so expensive either, which makes it is an excellent choice for this gaming PC under $1500 as it will not be going over budget. Also, even though it spins at 5900 RPM, its read and write speed is still very close to the Hard Disk Drives that spin at 7500 RPM.

The Solid-State Drive (SSD) that will be running your Operating System, as well as store the games and software that you use frequently, and you need a fast operation, and we chose the Samsung 970 EVO SSD 1TB – M.2 NVMe storage drive.

It isn’t just the CPU, RAM, and GPU that we are going to go all-out with. For this gaming PC build, we are also going to go for the best performing SSD storage solution that is currently available as the Samsung 970 EVO 1TB.

You may know that this M.2 NVMe SSD is significantly faster than most of the SATA III SSDs. Since we are going for the best gaming pc, build under 1500 dollars, and we can easily get the Samsung 970 EVO SSD 1TB – M.2 NVMe drive. Once you will use it and see this SSD in action, you will not be disappointed at all.

With an SSD that provides such a great performance, there is no doubt that it will be worth to get one, which is exactly why we chose the Samsung 970 EVO 1TB – M.2 NVMe to be added in this best gaming PC build for 1500 USD.

Once you have put together the hardware components and this PC is now working, this PC will easily be able to run any game at more than 60 fps (frames per second) at 1080p or some at 1440p at stable 60 fps. As for editing and rendering, this PC will provide impressive performance as well.

Yes! As per updates from AMD, the X470 and better chipsets will support Zen4 processors coming late this year.

Yes, it probably can handle the Ryzen chips up to their boost clock extent. If you want to go further beyond then, you may look out for after-market CPU coolers or maybe water coolers.

Can I put any Nvidia RTX GPU on this motherboard except for AMD 5700XT?

Yes! You definitely can. But an equivalent Nvidia GPU might be expensive, so we are putting 5700XT as the best suitable GPU under this $1500 build margin. 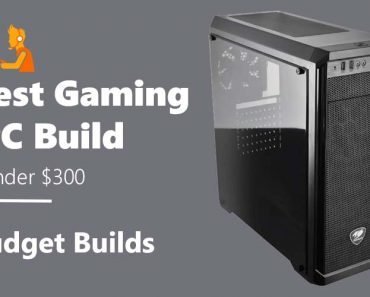 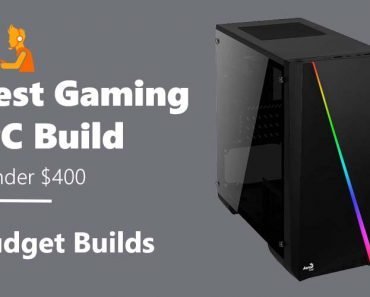 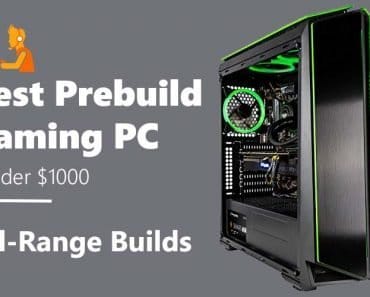 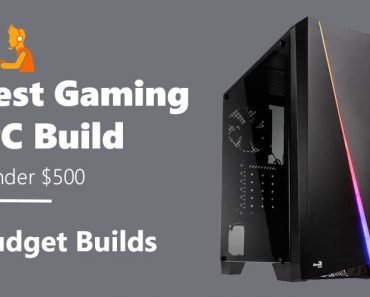 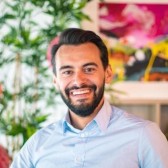 Hi, I am Joe Smith. I am a tech enthusiast. I have been writing about computers for a long time. I am a hardcore gamer. I have done M.Tech in IT and B.E. in Computer Science. I follow the latest trends in the gaming industry to keep you up to date.