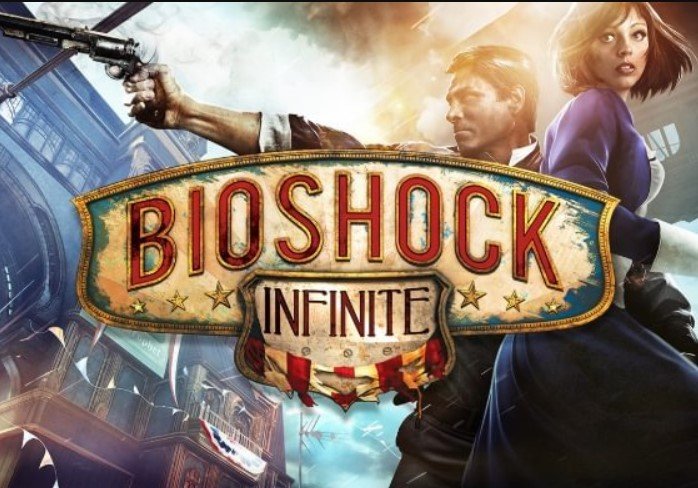 On March 26, 2013, Bioshock Infinite made its first groundbreaking appearance, which was appraised and approved by the community. As the title suggests, “Bioshock infinite rules the gaming world” is nothing but a mere truth. Although its predecessors Bioshock and Bioshock 2 retained the same number of audiences, Infinite went a forlorn further. I remember playing with “Booker Dewitt,” and I lost it. The game was so immersive and entangling in every aspect. There’s this thing with Bioshock infinite that you can’t stop playing. The narrative is heart-wrenching, and it keeps dragging you along until you are at the brink of death.

Here’s a piece of golden advice for you: Finish the game as soon as you can. You might be wondering, why would I be the one recommending you the pace to go with. But, here’s the thing. The game is complex, and it encompasses Elizabeth and Booker. These two protagonists don’t allow you to grasp the narrative that simply. You need to dig around, invest hours into exploring areas, and finding manuscripts that fuse to give you the bigger picture. I don’t want to spoil everything, so I’ll keep the remaining constructive criticism for the article’s coming discrete sessions: The main title and its DLCs.

So, without any delay, let’s begin!

Bioshock Infinite takes on the story of a private detective named “Booker DeWitt” who’s on a mission to the floating city of Columbia. He ventures forth to find a girl name “Elizabeth” and bring her back to New York. Unfortunately, Zachary Hale Comstock (The antagonist of the narrative) rules the floating city of Columbia. He’s vile, and his actions are heinous. The game begins with a murder spree, and it’s enough to give chill your spine. It’s because of Zachary Hale Comstock that the tagline of the game started so rampantly used across the dystopian world of Columbia: “Bring us the girl, wipe away the debt.”

It’s fascinating to behold that the tagline is carried forward to you, as Booker DeWitt. When you step into this fictitious world, your first thoughts might be magical and heavenly, since the art form, and graphics of the game are genuinely mesmerizing and worthy of praise. Fine details encapsulate you at the spot, and then boom, you are dead. The game is so unpredictable, and you need a proper working strategy to combat your in-game nemesis.

The game is quite similar to previous titles in terms of using power and guns, and an interactive environment to blend in. The controls are genuinely absorbing; all you have to do is use your skills in equal proportion to your guns. For instance, if you are loaded with two proper slotted weapons, ensure that you stay in touch with those two powers at the top left side of your screen.

The developers might have put a lot of energy into giving you a working colleague: Elizabeth. You can use her, and her dark powers to manipulate time, summon walls, and get a couple of shillings for buying ammo (Thank you, Elizabeth, it means a lot). She can also control portals, and conjure up “Tears” (objects from alternative universes) that are exclusive to Bioshock infinite only. Not to mention, I was taken aback, and pretty much found myself in absolute misery because of the twists and turns throughout the game (just play it, you’ll know). I would say, for its time, Bioshock Infinite was the true notion of gaming, and for me, it will always be.

All in all, Bioshock infinite puts everything at your disposal; it depends on how you use it.

The first downloadable content (DLC) takes on a different narrative, but it remains the same. That’s a paradoxical approach to the game. It’s time to blame the developers, huh? You get to control Booker DeWitt, and surprisingly, there’s Elizabeth too; a little goth-like, perhaps. For the settings, you get to traverse into the city of Rapture (encapsulated within a vast ocean, precisely). Your mission is to find another girl. I don’t know why you just have to find girls, all the time. Regardless, the game entails all the previous elements of the Bioshock infinite.

You get to use the interactive environment, plan out thorough strategies, use Elizabeth to your advantage, and use your powers. Although you are somewhat inside a dead city, the items you can get hold of are insufficient. So, plan your move wisely!

The Burial at sea was parted into two individual episodes. Well, the second episode carries on the story of the first part. The only difference between the two episodes is that you play with Elizabeth for the first time. Since you take on a different perspective, it might be hard for you to meddle with all the game mechanics. Do you know what’s so fascinating about playing with Elizabeth? You get to jump between different voids and tears which are available at your disposal. It’s worth mentioning that Burial at sea’s ending is no different from the Bioshock infinite’s ending. So, are you ready to experience the altering events of Burial at sea? Then, what are you waiting for? Go and play it already!