We are all aware of the fact that MMORPGs have been excellent for as long as one can remember. 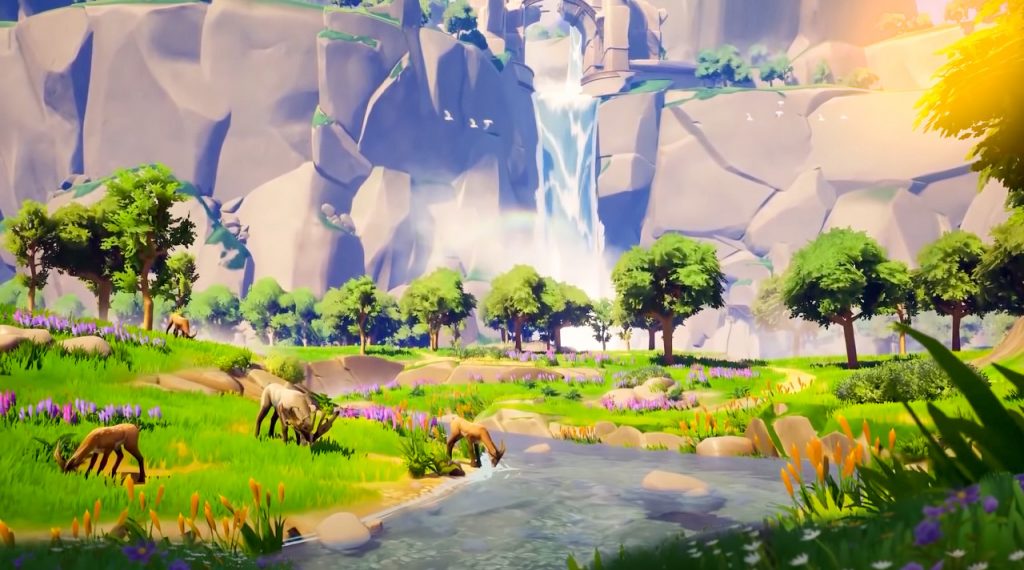 However, it is not to overlook but that the history of these games has not always been kind. There have been so many games in the genre that managed to create the hype but never really lived up to the hype or the potential these games had and were eventually abandoned.

That is not to say that the genre is dead to a point of no revival as it still manages to live on and does so in a glorious fashion. To a point that developers are hard at work bringing new and exciting MMORPGs. The one curse in the modern-day gaming is that it becomes very difficult to keep a track of new releases.

So, if you are an MMORPG fan, I am going to list down all the best upcoming MMORPG titles along with a brief synopsis about what the games are going to let you experience.


The first game that we are going to mention here is Destiny’s Sword, and even though the game is going to release on 1st September, later this month. It certainly caught my attention for a number of reasons. In this MMO, you cannot just win with your brute strength.

Destiny’s Sword brings unique social mechanics that will task players with taking care of the physical and mental wellbeing of their team as they are going to fight through various enemy factions. As you make progress in the fight, your characters will go through various mental illnesses that can affect the team morale as well as have an impact on the performance.

One of the biggest selling points of Destiny’s Sword is that it is a “community-first MMO” which means that personal victories are not as meaningful as victories where your team is involved, as well.


We all are aware of the experience Bandai Namco has when it comes to developing some excellent games that are heavily influenced by the Japanese anime and art style. With that said, Blue Protocol happens to be an anime MMORPG that is supposed to release later this year. However, the game will release exclusively in Japan for some time with global expansion sometime later.

However, it is important to know that the game is still a work in progress, so it is highly likely that is going to take some time. For those wondering, the game takes place on fictional planet Regus and focuses heavily on time travel, ancient civilizations, and more.

The game will feature four character classes that will help people with different playstyles have fun. You will also get some exciting magical abilities that will be elemental.


A common misconception about most of the MMORPG games is that they are all about chaos and getting things done in the worst or the best way possible but Palia is different. The vibe that you get from this game is focused around letting you explore the world in a peaceful way.

You are looking at a high-fantasy setting with lots of open-world exploration as well as interaction, farming, and more. If you are looking for something that is akin to Stardew Valley. For those wondering, Palia lets you play as one of the newly re-emerged humans who are tasked with exploring and building a world that has been forgotten. You will have magic and much more in your arsenal to build the world and uncover the mysteries.


There is no shortage of games that are focused on survival. I believe almost all the MMORPGs that you get to see in the market are about that and well, The Day Before is just one of them and if you are looking for a zombie survival shooter at the same time.

I don’t really need to tell you a lot about the game; the United States is being overrun by flesh-eating zombies and your character wakes up from amnesia. Your job as the player is to uncover what happened and at the same time, you are going to find the resources that will help you stay alive and this is to be done via scavenging.+

Players will get the chance to explore a gorgeous world that has been taken over by chaos; there is much to uncover about this world and find out what went wrong. As far as the trailers and gameplay trailers have revealed, The Day Before looks surprisingly polished. For those who have played The Division, you will find several similarities, and I am not saying that it is a bad thing because we do need more games like The Division.


Top-down MMORPGs have been the most common and honestly, the most revered as well; this is the style that takes you back to the 90s and allows you to truly live one of the greatest gaming eras, and honestly, for all the right reasons.

For those wondering, Corepunk is a top-down RPG that should be coming out soon, and the best part is that the game blends several themes such as cyberpunk, steampunk, as well as dark fantasy, and science fiction and ends up becoming one of the more interesting titles that are on their way.

You are presented with a persistent universe that is being run by different cultures and a fog of war that can limit how far your character can see. This gives you a chance to go out of the comfort zone and explore the world, find new strategies, and unlock several new game elements.

The game is also going to bring more traditional MMO elements like professions, guilds, dungeons, raids, as well as karma system. The plan here is to keep the professionals as engaged as possible and have fun with the game, too.


Another interesting MMORPG that should be on your radar is Fractured; the reason here is rather simple. Rather than being like other games, the thing that sets Fractured apart is that you are looking at a game that is going to be different in many ways.

For starters, the game is the first open-world sandbox MMORPG that will not only combine real-time combat but will also have fully interactable environments. The game takes a different approach as opposed to some of the other games in the market, and will determine just how powerful a character is through their skill and resourcefulness. Which means that equipment and traditional leveling up won’t play that big of a role.

The game will task you with several activities ranging from gathering resources, getting your hands on new items, trading with other players, as well as going on solo quests, building settlements, and a long-running fan favourite that would be PvP combat.

Fractured would allow players to choose players from three races that will have an impact on the game mechanics in multiple ways and will add a new layer of combat and overall uniqueness to the game.


Ashes of Creation is another promising game that has been talked about a lot. The upcoming game by Intrepid looks promising from all perspectives. The developers have managed to share an in-engine gameplay footage that shows one of the raid bosses along with unique elements such as a node system that allows the players to fill up the world map by using their housing. Furthermore, the game also gives a chance to invest in properties ranging from farms, mansions, and more.

Another notable thing about the game is that players will have the chance to raid castles with the help of guilds; allowing you to unleash large scale battles so you can have more fun with the game. While Ashes of Creation definitely looks to be an interesting game, it is too early to say something about the game.

Based on the knowledge we know, the game will let players pick from three factions; you will have the chance to go for Arthurian, Tuatha De Danann, or Vikings. Once that is sorted ,players will be able to take part in various activities

MMORPG is still one of the most popular genre of video games, and honestly, it does not show any signs of slowing down. If anything, we are going to see the games getting better and better. Sure, we do have to wait for some of the games to finally hit the shelves, but if you are an enthusiast like I am, the waiting game is something that sounds like fun.

Here is hoping these games are finally hitting the shelves so all of us can have the fun we want with our friends.