As we already know that there are many vendors that manufacturers Nvidia graphics cards, but the thing to know is which will get the best performance. Also, it’s a bit hard to get those graphics cards that perform well and give aesthetics for a low price. Manufacturers like MSI, Gigabyte, ASUS, etc. have released some premium graphics card options for users, which are way better in performance and available for an affordable price tag. So without doing any further ado, let’s start with the first graphics card on our list.

When it comes to the price of performance, EVGA is not behind any other vendor in the market as they offer high build quality products for a comparatively low price. We’ve seen several graphics cards from this vendor, and all of them were great, so I picked up this on top. However, this graphics card demands more power as it has a TDP of 160W, while the other vendor cards only have 130W. The company has integrated its best thermal design solution in these Ultra Black Gaming graphics card series, which offers maximum cooling and makes it best GTX 1660 Ti graphics card.

The front of this graphics card has two fans and a plastic shroud, which is responsible for most of the aesthetics while it also has a black colored metal backplate. The black color and grey accent on it is the thing I like the most in this graphics card though it lacks RGB lights. The right side I/O panel has one DisplayPort 1.4, one HDMI 2.0, and one DVI port, and it supports up to three displays at a time. The top side has an 8-Pin power connector, which gives most of the power to the card while it draws the remaining power from the PCI slot.

When it comes to buying a graphics card, how can we skip the MSI Gaming X series cards from the list? In the premium category, there might be no other graphics card that offers the same value as that MSI is offering in this one. Some users look for aesthetics and some for performance, but MSI there combines that both, and you can get these for a low price. With all these features, the price of these graphics cards is a bit high, that doesn’t matter because MSI has launched more series according to budget and mid-range users’ demands.

We’ve previously seen red and black color schemes in MSI Gaming X graphics cards with the Turing architecture. The company has changed its looks. Now, these graphics cards come in black and grey color finish and have fabric-like patterns printed that give attractive looks. On the front and top, there are RGB lights with two fans, which might be appealing for some users, and some found that bad, but that’s everyone’s personal opinion. There is a silvered colored backplate on the backside, and yes, it’s not made of plastic cause MSI’s primary focus is on the build quality of their products.

There is nothing much wrong with this graphics card, but there you need to know its price is a bit high while its performance hardly crosses the GTX 1070. So I would say to check the price of this graphics card and compare it with RX Vega 56 and other options. Also, it can’t handle 1440p gaming and 4k gaming, so we need to look at other options first. As per my check, the GPU price is not different from the RTX 2060, while it lacks Real-Time Ray Tracing and DLSS, so RTX 2060 would be a better choice. Overall for performance, I would say there will be no other better GTX 1660 Ti than this one.

Again on the list, we got the EVGA GeForce GTX 1660 TI, but this one is not the one we’ve mentioned before as it’s from a different series. The primary difference you will find in both of these graphics cards is that this one is specific for compact builds. All of the graphics cards from this series have one fan and covers two and a half slots but has limited output slots. The looks of this graphics card are almost the same as of the Ultra SC Gaming Black but with a single fan and heatsink small in size.

There are five different GTX 1660 Ti graphics cards from EVGA alone, and all of them are made for a specific use. The shroud of this graphics card is colored in black and has a little grey touch on it, which looks good and attractive, but some users have an obsession with its design and color. The core clock of this graphics card is no different than other premium choices, but it comes factory overclocked, which is also a plus point. The top side has a six-pin power connector slot, which gives most of the power to the graphics card.

The aesthetics of this graphics card are not that good as there are missing RGB lights, and it also lacks backplate. I’ve seen a few Non-Turing based GTX 16 series graphics cards from EVGA, but the main problem I found in them is limited output ports, but they support up to three displays. The price of this graphics card is much higher than the founder edition, and the reference card and a price cut would be much appreciated. Overall this is a great gaming graphics card if you are building a small or compact build.

I don’t like that compact graphics cards are something they go loud when running on full loads, and that’s the same case with this one. When running on high loads, the fans start spinning at full speed, and that makes much noise inside your PC. Those users who are still using this graphics card on older versions of drivers will find its performance the same as of the GTX 1650 or 1660, so a driver upgrade will be necessary. I would say if this graphics card comes with a price cut, there might be no other better deal than this one.

As I’ve mentioned above, this graphics card is a bit expensive, and its performance barely reaches the Radeon RX Vega 56 from AMD. The price of this graphics card is high enough for you to get some budget RTX 2060 graphics card for the same price, which offers features like Real-Time Ray Tracing and DLSS. The aesthetics of this graphics card are a bit plain, but the black colored backplate and other things make it attractive if your build has RGB lights. Overall it’s a great edition in GTX 1660 Ti graphics card, and you can consider this one if budget is not a problem for you.

When it comes to premium graphics cards, MSI doesn’t stand behind any other vendor as they offer more performance with the outstanding build quality of the cards. Though for that, their graphics card is also tagged at a very high price budget that’s acceptable if they offer better value than others. However, this graphics card doesn’t look like the MSI Gaming X edition in performance. There is no other competitor for it. This graphics card has a boost clock of 1860 MHz while it comes factory overclocked and offers better clock rates than other GPUs.

The performance of this MSI Gaming GeForce GTX 1660 Ti Armor is much better than the founder edition, and it offers better value than having a GTX 1070 graphics card. The I/O panel of this graphics card has three DisplayPorts and one HDMI port, and it supports up to four monitors at a time. The white color strip on the black shroud gives a great look, and if your PC has RGB lights, what else you need. The back of this graphics card has a large backplate, which helps in cooling the chip and gives aesthetics.

ASUS is a top leading brand in the graphics card and motherboards industry, and this company has been making its reputation for several years. The reason to consider their products is high-quality components used the same as of the MSI as both of these companies used military class components. There we got a budget-friendly price graphics card that can be used in compact builds or even in full-sized builds. The core clock of this graphics card is 1530 MHz, while its boost clock is 1815 MHz, and it comes factory overclocked. Overall it’s a good entry for budget users, but if you got more money for the graphics card, I recommend you go with some premium option.

There is nothing terrible in this graphics card as it offers excellent value for its price and the same features that other GPUs are offering. The aesthetics of this GPU are understandable, and it doesn’t offer premium looks, but for entry-level builds, that’s a great option to consider. With its small size, this graphics card’s power consumption is still the same, and it’s not over energy-efficient though that doesn’t matter a lot. Overall it’s a good gaming graphics card for budget users and is packed with every feature a gaming PC needs.

I’ve already mentioned before that MSI has a few series in graphics cards, and they target both budget range category and premium builds. There we got the cheap option from MSI, which lacks a few other premium cards like RGB lights, premium looks, and high clock rates. The performance of this graphics card is slightly better than the GTX 1070, and its performance somewhere matches the Rx Vega 56. As per the MSI, this graphics card is energy efficient, but I didn’t find any idle fan feature. Also, this budget graphics card comes factory overclocked and offers more clock speed than other budget cards.

MSI GTX 1660 Ti Ventus XS comes in compact size compared to the Gaming X and some other series. It comes with a boost clock of 1830 MHz, which is suitable for any budget graphics card, but you can overclock it for more performance. This graphics card has pipes in the heatsink, which offers better cooling of the chip and runs on low temps. It has black colored shroud and white accent on it, which makes it attractive in RGB builds. The I/O panel has three DisplayPorts and one HDMI port and supports four displays.

As I’ve mentioned before, this graphics card lacks an idle fan feature, making a graphics card much more energy efficient. When running on high loads, the fan noise reaches the maximum level, and that’s annoying if you don’t have a noise dumping CPU case. This graphics card’s power limits can be increased, but this beautiful entry packed in a small size is undoubtedly an excellent gaming choice for every user. No doubt it’s one of the best GTX 1660 ti models in the market we can get for a low price.

Every gamer loves budget Graphics cards; usually, graphics cards are much expensive and not affordable by every user. The GTX 1660 Ti got a significant spot in the budget graphics cards list, but the performance of this gaming beast varies regarding which vendor you own. Looking into this, we’ve compiled a list of the best GTX 1660 Ti graphics cards you can get, and we’ve included every single vendor from MSI Gaming X to EVGA SC Gaming Black. All you need to do is pick up the best graphics card according to your budget and gaming needs. 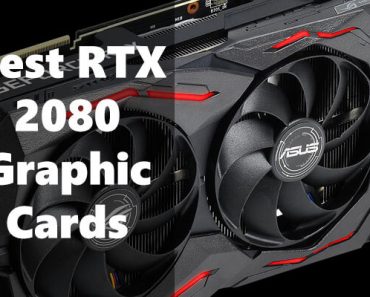 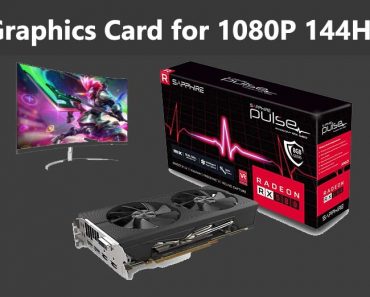 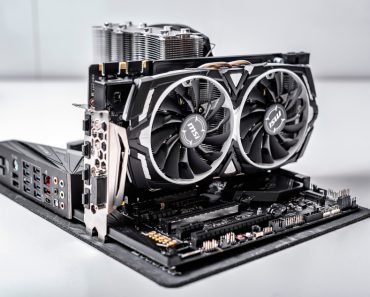 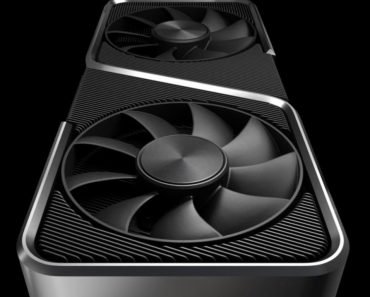 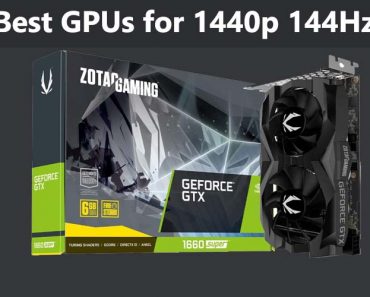 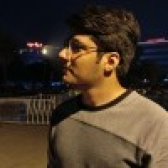 He was raised with a quest for gaming craze and inherited all the golden tools that he could at an early age. He ventured into the never-ending spiral of hardware which sustains the very notion of gaming.