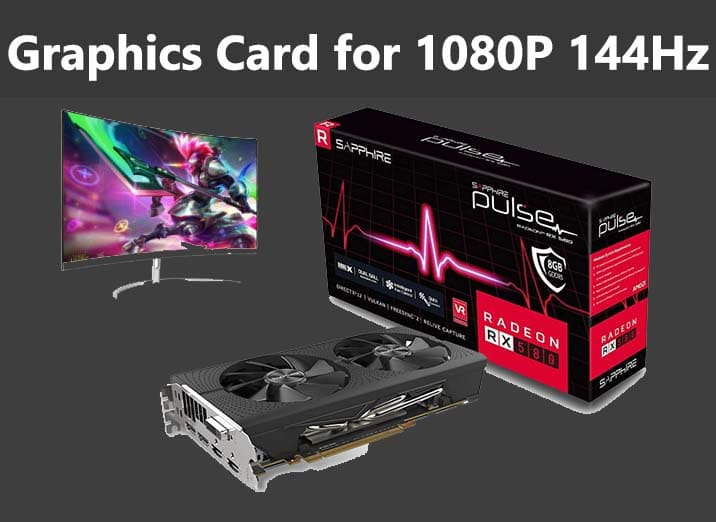 The approach of new technology and devices based on them are definitely wonderful. Graphics cards are one of those devices which are getting drastically innovated every year, so it is hard to keep up with the knowledge of the best among these.

Let us give you an example of a gamer. Suppose an X person has brought all the mandatory components to sustain a seamless and uninterrupted gaming experience.

Unfortunately, the GPU he bought is not up to the mark; hence, degrading the overall performance. What do you think he/she will do? Without any further thoughts, he/she will simply lower the GPU or graphics settings to reach the smooth markup.

Unfortunately, the GPU he bought is not up to the mark; hence, degrading the overall performance. What do you think he/she will do? Without any further thoughts, he/she will simply lower the GPU or graphics settings to reach the smooth markup.

But at times, it is quite stressful to tackle the guide to finding the best Graphics Card for 1080P 144Hz gaming.

For today’s standard, the exceptional experience is associated with 1440p @ 144Hz, where the gamers taste the absolute fun of having constant 120+ FPS. Similarly, the fair experience associates 1080P @ 144Hz gaming.

But what’s the difference since both the tiers are rendering graphics at 144Hz? It’s all about borderline price tags. To render objects at 144Hz 1440P resolution, you need a more powerful monitor.

For what it’s worth, we have tested out these GPUs on different systems, which means you can trust our words, and instincts.

We’re outright assuming that you have all the decent/flagship models in your system for such a gaming experience. It’s because the article will focus on high-end GPUs for proper rendering and resolution. The flagship CPUs include Ryzen 7, Ryzen 9, and Intel’s 9th generation processors. 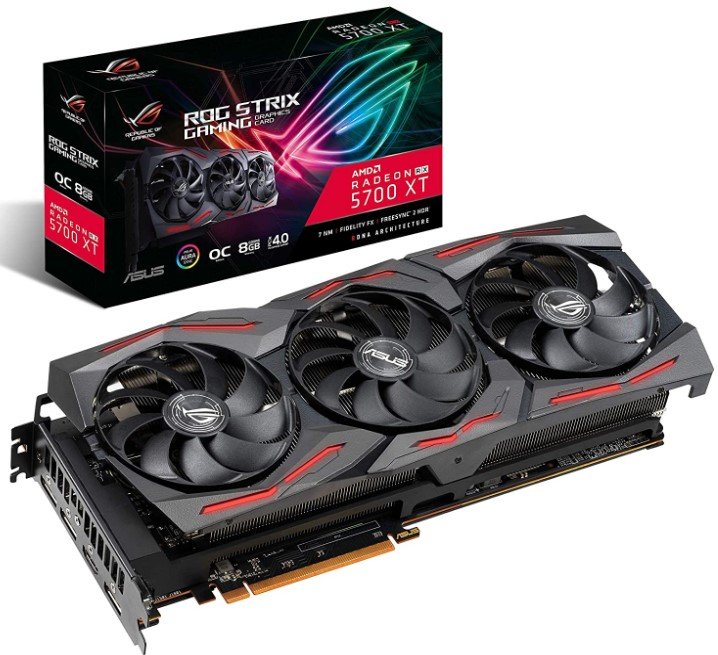 AMD has remained on top of the tier for so many reasons. Although, people don’t give it enough reliance. Surely, Radeon RX 5700XT is an underrated card but it put up a good challenge against many of this price range. That’s the reason why the card earned the title of being the best overall gaming card.

RX 5700XT comes with a boost clock of 2035 MHz (Overclocked mode), and 2010 MHz for gaming mode. The clocking speed makes a huge difference in computing performance.

When you buy the card, there’s a strong advantage for 1440p gaming, which means that it can work flawlessly on 1440p gaming. But aren’t we targeting 1080P gaming? Yes, the card will work more efficiently, regardless.

For current generation games, 8GB VRAM is enough to power all AAA titles. It was recorded that the card outperformed RTX 2060 in excess of games.
On overwatch, the card rendered constant 140 FPS, 133 FPS on Fortnite, 280 FPS on CS: GO, and 120 FPS on Call of Duty: Warzone (impressive for such a CPU intensive game). Not only this but the rendering times on software like blender was greatly reduced. 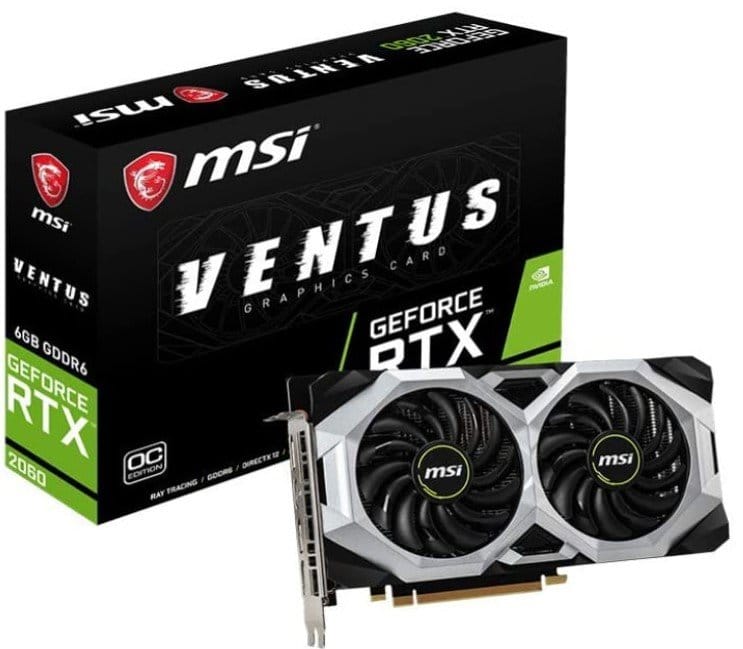 It’s time to talk about Nvidia’s most selling card: RTX 2060 6GB GDDR6. Talking about Nvidia, and that too of new generation GPUs, what a deal!

Since these new cards use RTX technology, they are a decent pair for high-end CPUs like 9th and 10th generation processors from the Intel Core series. Well, you can enable the RTX option through many games’ settings.

It’s worth mentioning that the features are changed when a different vendor is chosen. All Nvidia does is sell away its architecture. The way the architecture is put into action does not concern Nvidia.

You get a boost clock/ Memory speed of 1380 MHz/ 14 Gbps for the MSI variant, respectively. On top of that, the card uses DisplayPort x 3 and 1 x HDMI.

It just doesn’t stop here. For the thermal design, the card makes use of Twin Frozr 7 with TORX Fan 3.0. Additionally, you get hold of RGB mystic light and dragon center control panel.

It’s worth adding that the card is 4k enabled, which means you can play games flawlessly.

When the benchmarks results were compared from different sites, it was explicitly vivid that RTX can handle all AAA titles without any FPS degradation especially at 1080p.

On games like Assassin’s Creed Odyssey and Shadow of the Tomb Raider (with RTX enabled), the game gave a constant 60 FPS. For the 1080p 144 Hz gaming, the card performed an average of 120+ FPS on games like Overwatch and Dota 2. Although the price tag might turn out to be an absolute bummer, all in all, it’s a wonderful card. 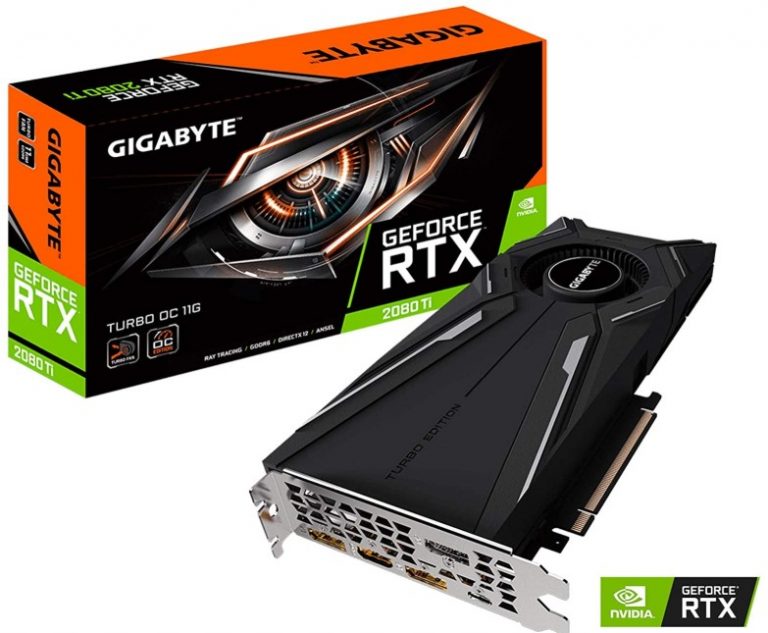 In the Nvidia 20-series, RTX 2080 Ti is the extreme boundary card, which means that you would have to wait for a couple of months to get hold of a 30-series card. Regardless, the card outperforms all the cards in existence to date. It comes with an 11GB VRAM, which is humungous and enough to render RTX at either 4k or 8k. In short, for 1080 144Hz gaming, that card will turn out to be majestic and superior.

With the card, you get hold of the turbofan cooling system since it is obvious that the card will be producing extensive blows of hot winds inside the case. The card has a core clock of 1620 Mhz. Not to mention, RTX 2080 TI is VR-enabled, which means that you can have a seamless gaming experience with the Oculus quest.

Surprisingly, the card has 4352 CUDA cores, which enable it to perform complex graphical and mathematical calculations at ease.

For the benchmark results, 2080 Ti did better than most of the rendering cards to date. For example, the card generated whooping 300+ FPS on CS: GO and DOTA 2 alike.

For games like Star Wars Jedi: The fallen order, Assassins Creed: Odyssey, and GTA 5, the card was able to cross the threshold of 140+ FPS on 1080p 144Hz.

It’s commendable that on 4k settings with RTX enabled, the card didn’t degrade for once. Considering past incidents, the GPU did much amazing in all the gaming and rendering fields. Go and grab it already! 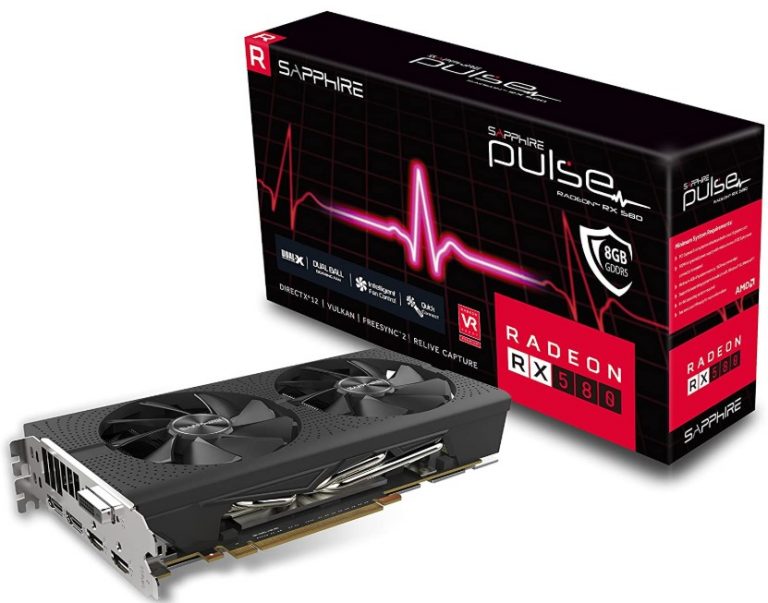 Let’s welcome the card which revolutionized the concept of 1080p gaming. It’s AMD RX 580. Before we proceed to praise and recommend the card, we would be obliged to let you know that there’s no other card like AMD RX 580.

Why? Firstly, the card is inexpensive. Secondly, it’s competing against GTX 1070 and 1060 6GB. That’s phenomenal—all praise to the OpenCL technology and Zen architecture.

Not to mention, the card offers Radeon Chill tech, which helps you get constant FPS and reduced temperature for the card. Notwithstanding, the card comes with AMD Crossfire technology and VULKAN API for a seamless gaming experience.

We forgot to mention the Free Sync option. If you have a monitor that supports Freesync or even G-sync, you can use this card’s feature to ensure a constant refresh rate for gaming. 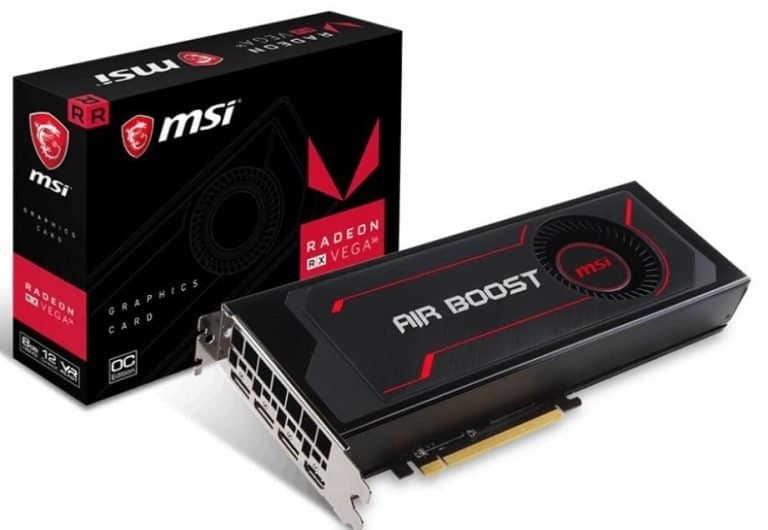 It’s the last card on our list of best graphics cards for 1080p 144hz, which won the title of being the best renderer card. Let’s welcome RX Vega 56! Initially, the card didn’t receive much recognition from gamers and renderers alike.

When people started finding differences between Nvidia and AMD in terms of performance, they shifted themselves to AMD. And here we are, with RX Vega being the top card for 1080P gaming.

The card comes with a boost clock of 1520 MHz, a base clock of 1181 MHz, and a Memory frequency of 800 Mhz. Although it’s quite low, comparatively, the card works well. It also has solid capacitors (10 years long lifetime) and the option for getting tweaked with MSI afterburner. Not to mention, the card uses AMD Eyefinity and AMD free sync features for top-notch gaming and rendering.

Many users reported that the card outperformed GTX 1080 on rendering and gaming alike. There were 120+ FPS rendering in overwatch, Dota 2, and CS: GO. All in all, the card is decent and does not take a toll on your savings.


Things to keep in mind before buying the GPU

All we would like to say is the final choice will be dependent on your decision. After reading this chapter, your doubts must have been cleared. Well, we recommend you go for RTX 2080 TI, which is the perfect choice for future-proof gaming and falls within the category of the best graphic card for 1080P 144hz. You can test our words against all the available data on the internet. We always try our selection of products best to provide the viewers with correct and accurate information. So, you can believe in the RTX 2080 Ti card for the results you want to get in 1440p resolution.

If you think there was something improper with this hardware selection chapter, then do let us know In the comments.

Not entirely! The reason is the low clock boost and the lack of enough CUDA cores to process a higher refresh rate. But, there’s a way to access 1080p resolution. Simply lower the settings of the game, and you might be able to achieve the 144hz score.

At times, they are absolute overkills if your only aim is to game. If you want to render and do development stuff in parallel, then the 2080 super can come in handy.

RTX is a new technology that brings realistic photography into role play. The notion of running games on RTX has always fascinated people, and no doubt, it’s the future of gaming.

Well, RTX takes on a different route of rendering particles. Generally, these particles are built from variable color depths and densities. To refine the same particles, RTX smoothes out the overall texture, and then apply yellow light to the rendered image.

This application of yellow light enhances the overall picture quality and gives you realistic graphics. For that, you would need an RTX card. Fortunately, we have reviewed the RTX models in the product review, so you can have a look at them.