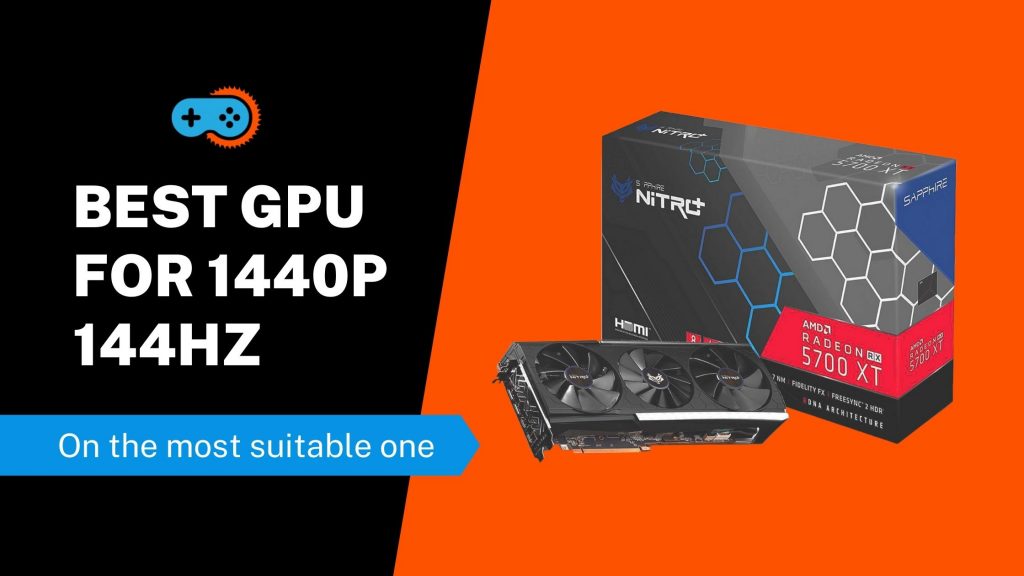 Let me tell you about myself, I upgraded the GPU after 4 years because my target is to achieve up to 144 FPS at 1440p (2K) resolution by sustaining the bottleneck factor and picking the best option which can perform parallel with my CPU and other components. 144Hz display with 1440p resolutions is everything necessary in this stage of evolved competitive gaming.

So, you want that visual goodness at 1440p resolution at 144Hz but you just can’t decide which graphics card to go for. Don’t worry; we’ve done the work for you.

Here in this article, we have put together a list of graphics cards that are proficient in providing your 1440p/144Hz goal. It does not matter whether you want modern AAA titles to be played on max graphical settings or just want to run games at 1440p resolution on a 144Hz refresh rate. 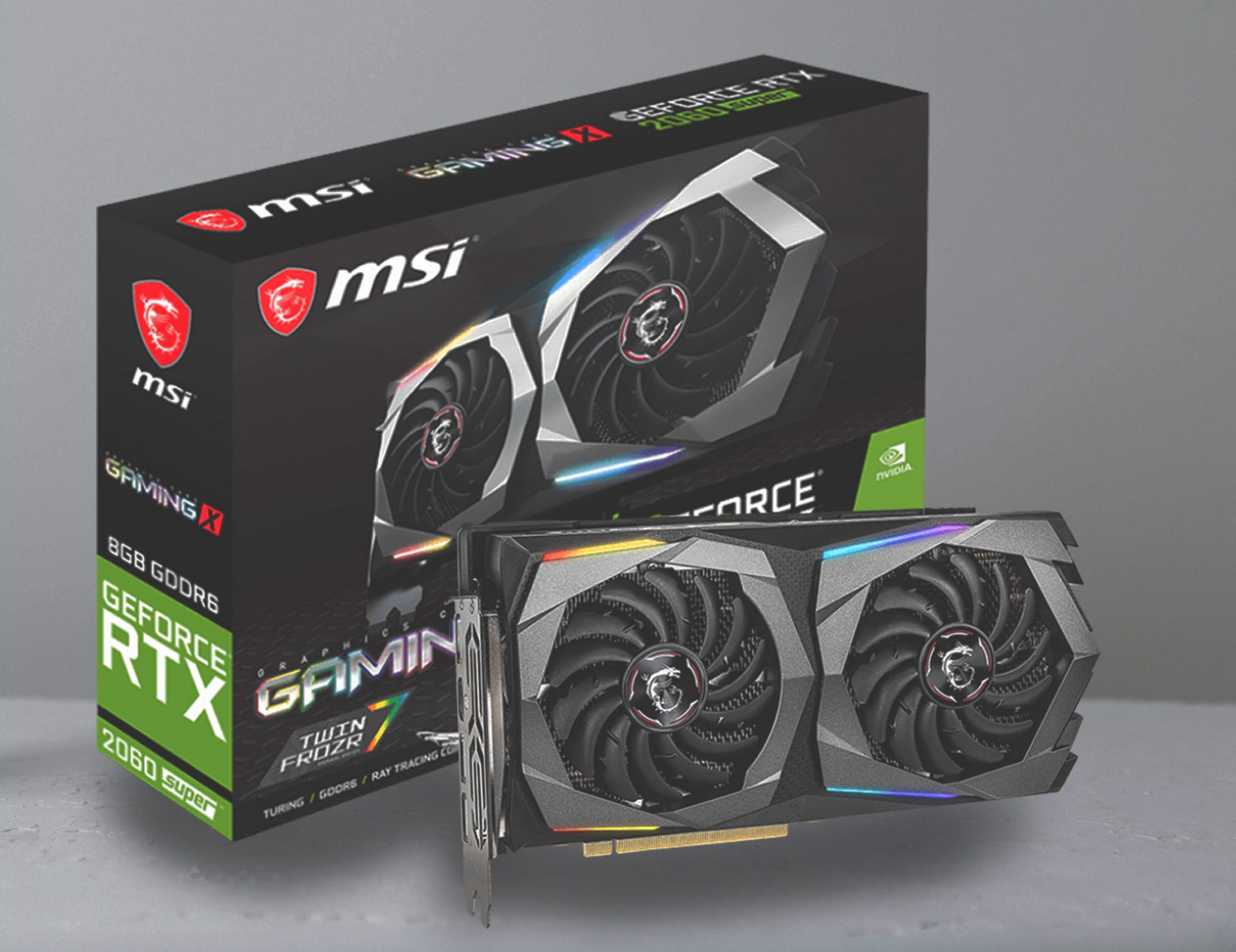 The MSI RTX 2060 Super Gaming X graphics card has pretty much the same level of performance as the RX 5700. Almost every game will run at over 100FPS at 144Hz maxed-out settings. However, for some demanding titles, you may have to lower the settings a little bit to get over 100 FPS at 1440p 144Hz.

This card is a bit more expensive than the RX 5700 but if you are into RTX then it is worth it. Even the eSports titles will efficiently run at over 100 FPS. 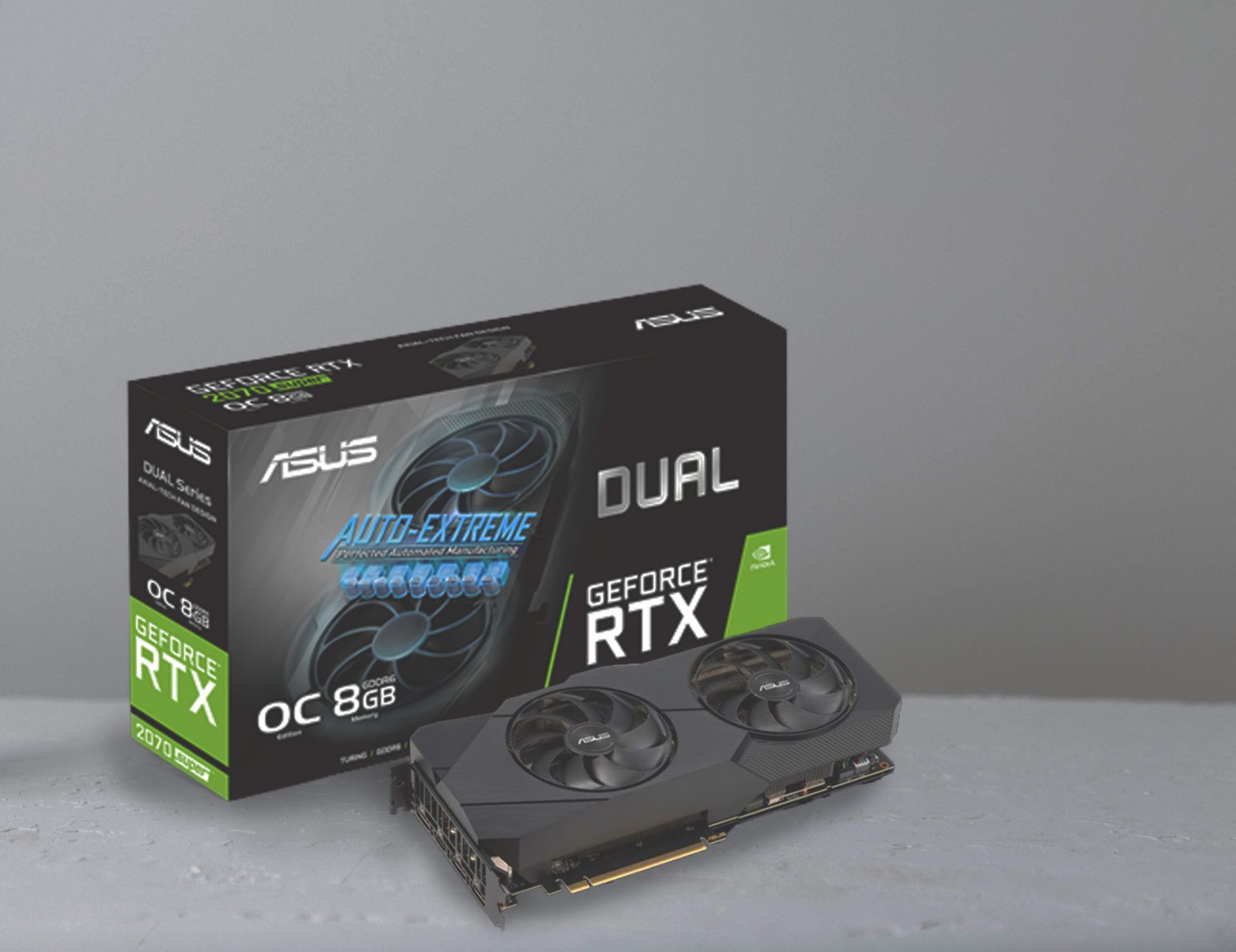 Our pick for the best mid-range GPU for 144Hz 1440p gaming is the ASUS GeForce RTX 2070 Super overclocked. It has excellent power even for pushing the AAA games on maxed-out graphics settings at 1440p.

It looks identical to the standard model without the “Super.” You will find a high-quality metal backplate on the back of the graphics card. This card has a small little button that lets you turn off/on the RGB lighting of the graphics card without using any software.

Moreover, it will be able to run most games at around 100FPS. You may have to lower the graphics settings a little bit in the most famous games to have more than 100FPS. In distinction, the eSports games will efficiently run at over 100FPS. You also get DLSS and the most stunning RTX support as an extra. 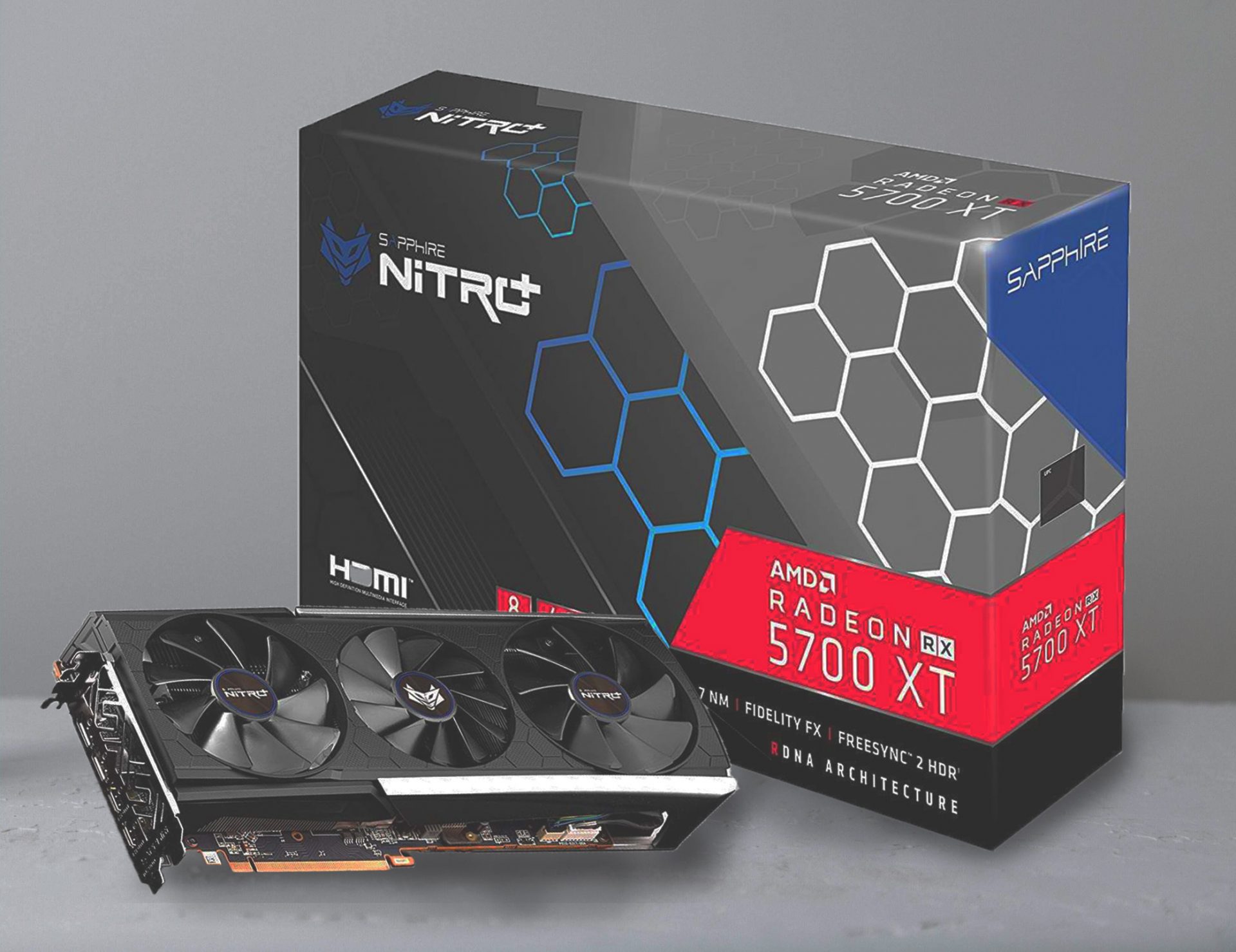 Sapphire Radeon Nitro+ RX 5700 XT is a great option to go for because of the price. As for the power, it is packing almost the same supremacy as the upper mid-range RTX 2070 Super but it is comparatively affordable. This graphics card is an excellent option for those who are not in favor of DLSS and RTX support. You can get this card without hurting your pocket and you can do gaming at 1440p/144Hz.

Radeon RX 5700 XT is based on AMD’s new “Navi ” architecture that leverages the 7nm silicon fabrication process along with the brand-new number-mashing equipment that AMD calls RDNA to compute units.

It is equipped with 8GB 256-bit GDDR6 memory. It has a memory frequency of 14 Gbps and a vast memory bandwidth of 448 GB/s. The RX 5700 XT features the latest-generation PCI-Express gen 4.0×16 host interface that is also fully backward compatible with older generations of PCIe.

For this graphics card, Sapphire has come up with a completely new and fresh look for this generation’s Nitro Series. The front of the card is dominated by black color with some silver highlights, which provides a clean look. While on the backside of the card, you will find a high-quality metal backplate in a matching color theme.

This graphics card has a header that will come in handy if you are into RGB as it lets you synchronize the graphics card with your motherboard’s RGB lighting.

It has one potential hitch and that is driver issues. However, AMD has resolved most of the problems with the recent driver updates. 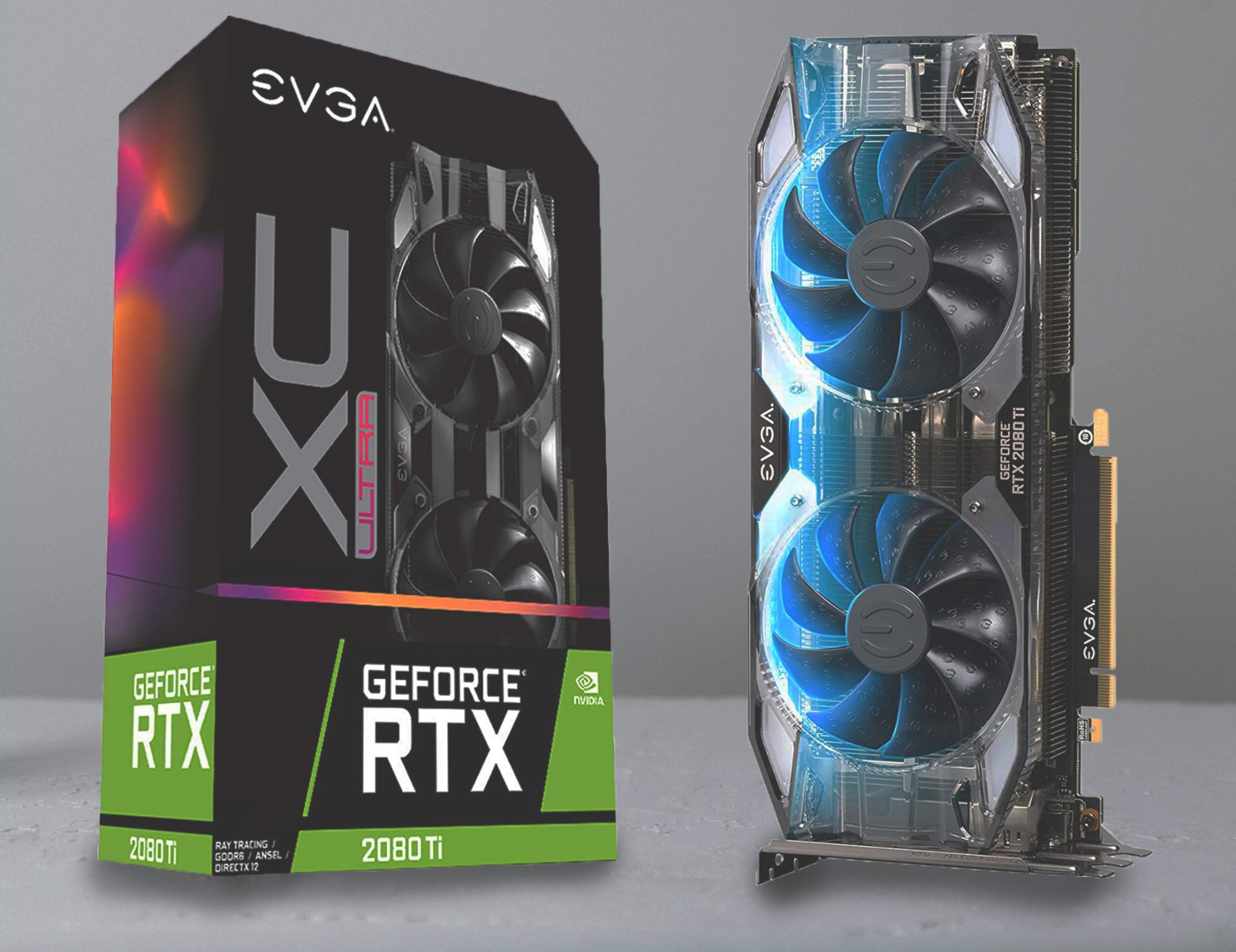 EVGA GeForce RTX 2080 Ti XC is the better choice if you’re into seamless gaming at 1440p and has a relatively lower price.

The Nvidia RTX 20-series of cards aren’t just packing CUDA cores but also have RT cores and Tensor cores, adding to the transistor count along with the generational increase in performance.

It is based on Nvidia’s reference design PCB but it is equipped with a much more capable triple-slot, a dual-fan thermal solution to keep the temperatures low. When it comes to clock speed, EVGA has increased the boost clock speed to 1650 MHz, which is 25 MHz higher than the Founders Edition.

It takes the host connectivity from PCI-Express 3.0 x16, an NVLink interface, and features a GDDR6 memory across a 352-bit wide memory bus.

The memory bus on the GeForce RTX 2080 Ti is narrowed down slightly to 352-bit, which holds 11GB of GDDR6 memory clocked at 14 Gbps, which has resulted in a memory bandwidth of 616 GB/s.

Furthermore, it features adjustable RGB on the logo for those who want RGB lighting. This card has a transparent see-through fan cover and the general color theme is black and grey. It has a high-quality matte black backplate on the back of the graphics card.

This graphics card should be able to provide you with at least 100 FPS with the best graphical settings even in the most recent games. 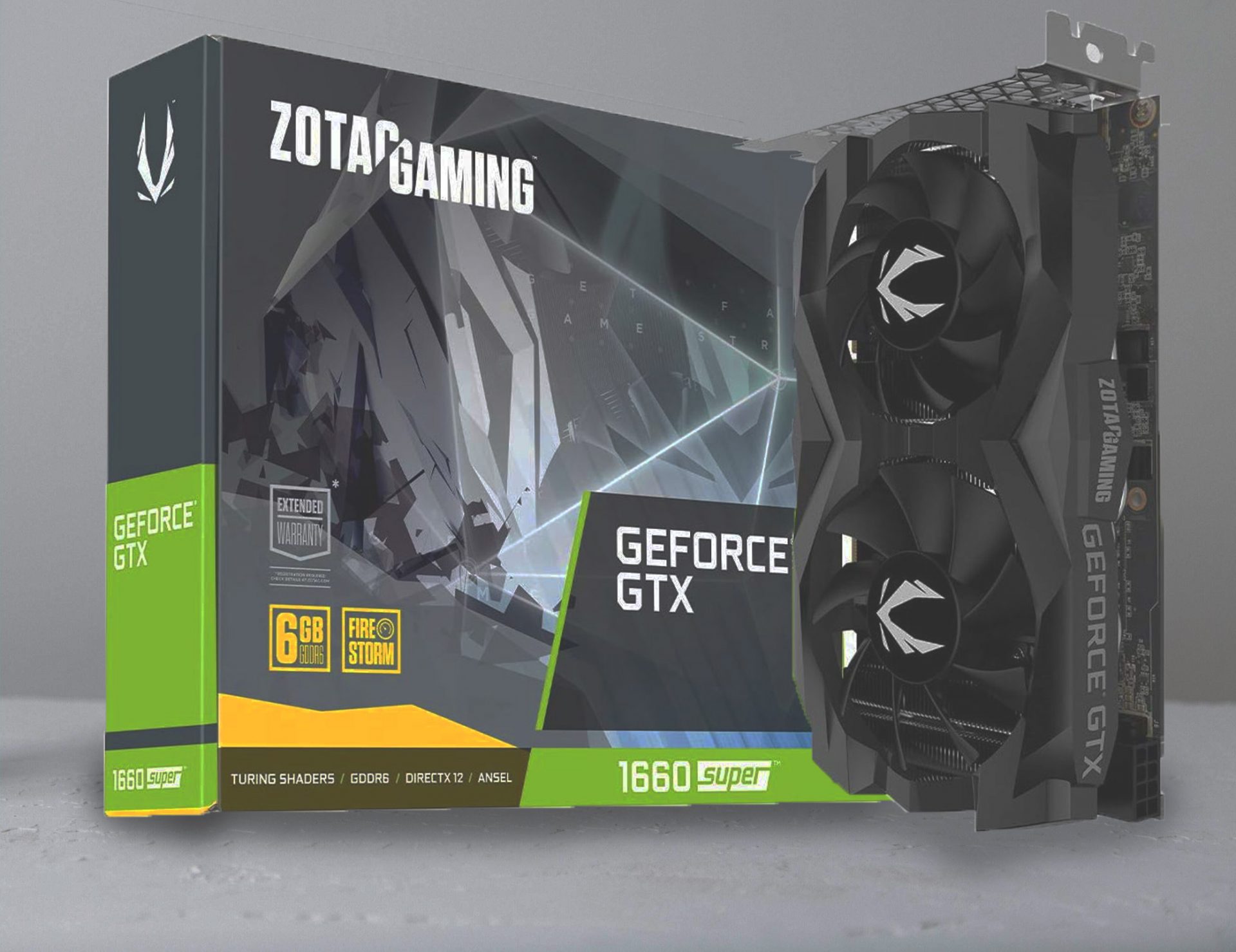 The ZOTAC Gaming GeForce GTX 1660 Super is proficient in running most games at 100FPS on the 1440p with maxed-out settings. However, for some GPU demanding games, you may have to lower the settings a little to get over 100 FPS at 1440p resolution.

This card can run eSports titles at over 100 FPS efficiently at maxed-out settings, which makes this graphics card an excellent option for a budget-friendly GPU for 1440p 144Hz smooth gaming. 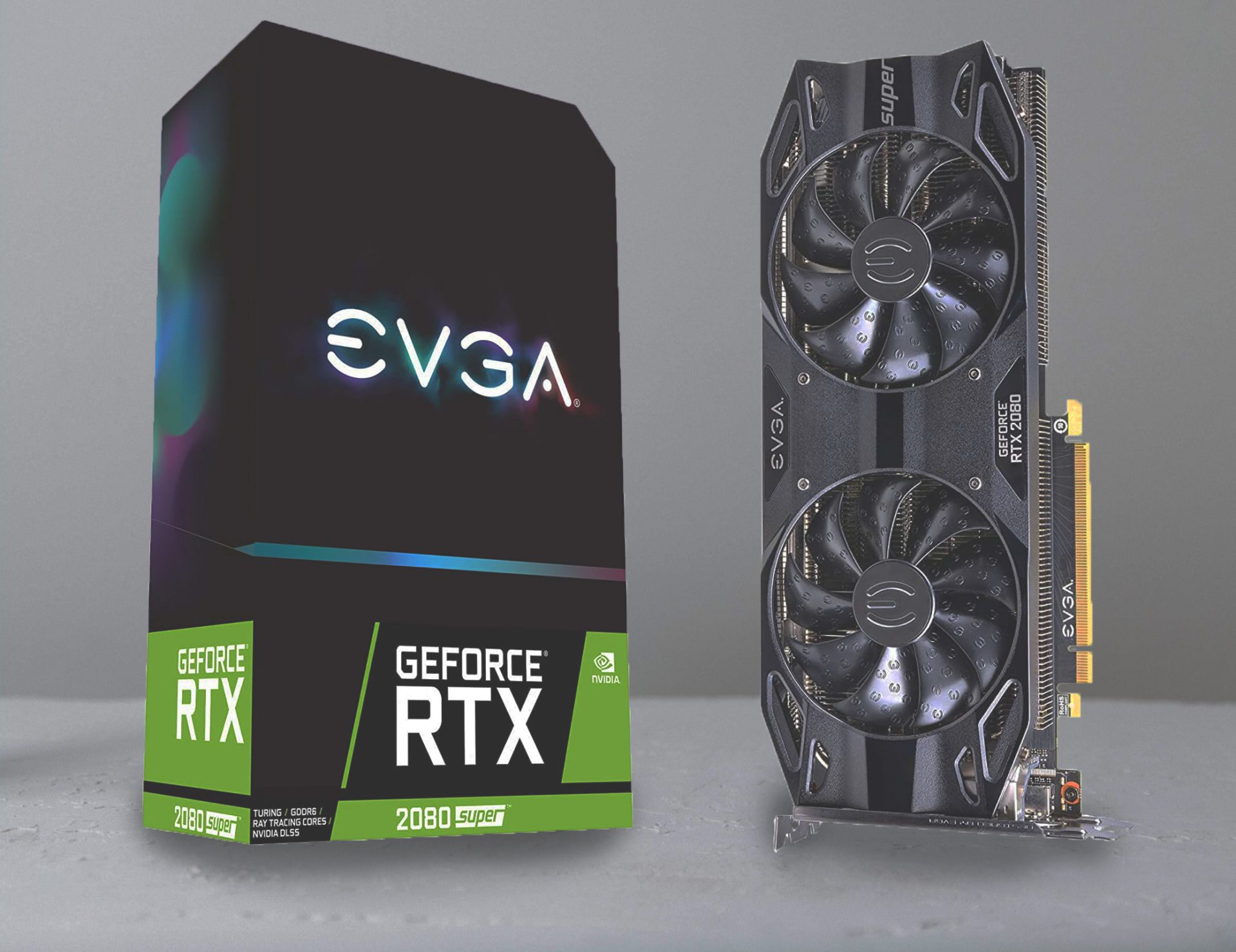 Our second last pick is the EVGA GeForce RTX 2080 Super. It is a much better choice for your budget. The RTX 2080 Ti that is mentioned above is indeed a card that provides a relentless gaming experience. It is about 15% slower than its bigger flagship card of the series, while its price is significantly lower than that of the RTX 2080 Ti.

The technology behind the RTX 2080 Super is not much different from Nvidia’s previously launched Turing cards. But the Nvidia GeForce RTX 2080 Super is technically a bit more potent as it is equipped with 3072 CUDA cores and has a boost clock speed of 1815 MHz.

When it comes to performance, this card will easily be able to run most of the games at around 100FPS or higher with maxed-out settings. At the same time, the eSports games will run at over 100FPS efficiently. 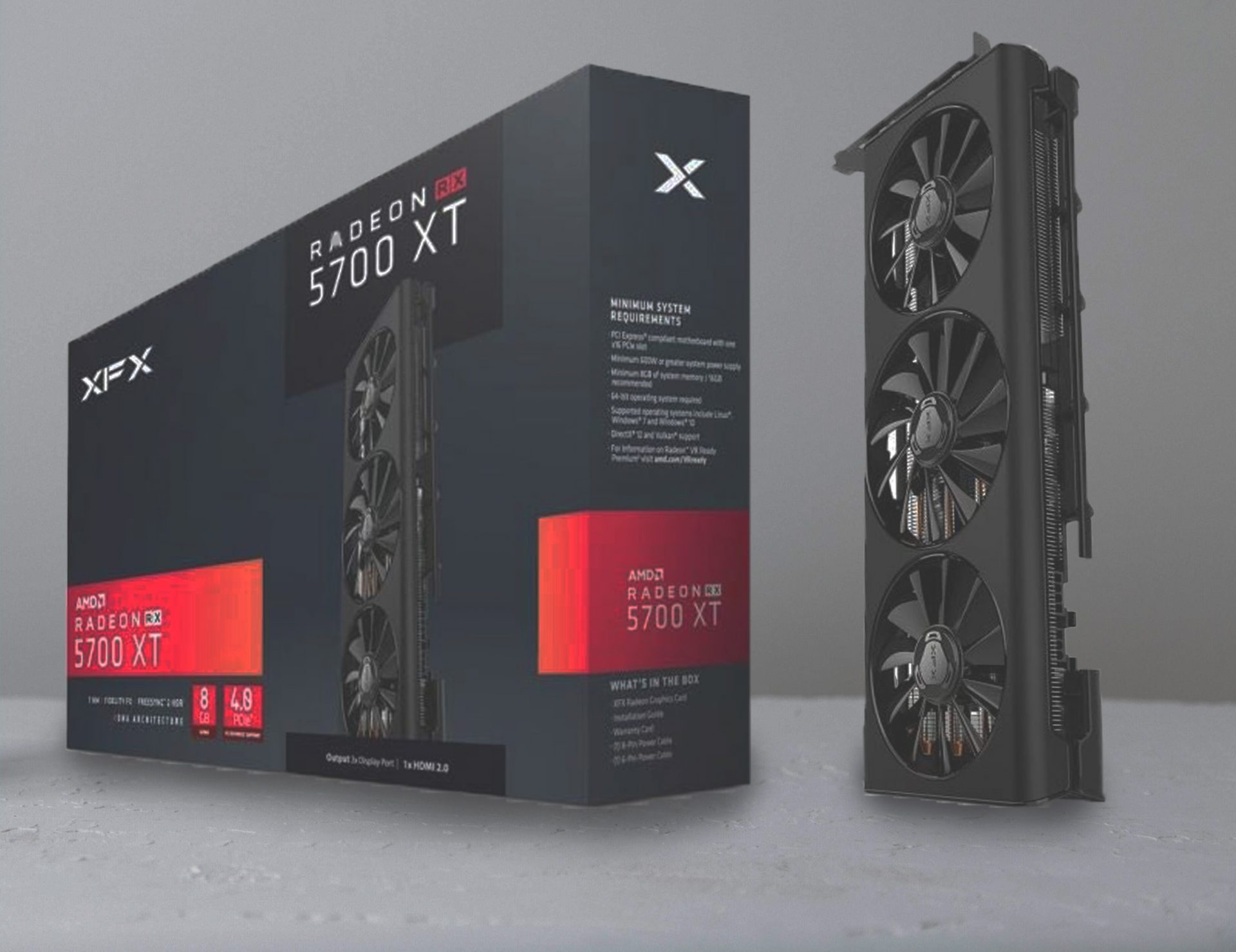 AMD’s XFX RX 5700 is one of the top mid-range cards that you can avail of for quite a mid-range gaming rig. It is nearly better than the Nvidia RTX 2060 Super, it has a significantly lesser price, which makes it an excellent deal for gamers.

It is colored black all around and does provide a classy look and there is also a high-quality metal backplate on the backside.

This GPU is powerful enough to run most titles at over 100FPS at maxed-out settings. However, for some GPU-intensive games, you may have to lower the settings a little bit to get over 100FPS at 1440p. As for the eSports titles, this graphics card will efficiently provide over 100FPS.

If you can compromise a little bit on the graphics settings in exchange for saving some money then check out the GeForce RTX 2070 Super Overclock, ZOTAC GeForce GTX 1660 Super, and the Sapphire Radeon Nitro+ RX 5700 XT.

If you want to save a significant amount of money and can compromise on the graphics settings then you should check out the XFX RX 5700 and the MSI RTX 2060 Super Gaming X.

As for the best budget 1440p GPU, the ZOTAC GeForce GTX 1660 Super takes that award.

And our Editor’s Choice is the GOAT EVGA GeForce RTX 2080 Ti just because of the 6x faster performance it provides as compared to the previous generation GPUs. On top of that, its real-time ray tracing gives you an edge on hyper-realistic graphics.

Nvidia featured the Dynamic Super Resolution in their driver. This feature gives a 4K-like experience on your 1080p resolutions monitor. These consume more resources to provide converted pixels to upscaled output and may cause up to 20 FPS cut than native 1440p displays.

From the above list, the GeForce RTX 2080 Ti, amd Radeon RX 5700 XT, GTX 1660 Super, and XFX RX 5700 are comparatively better. It is due to their newer technology that gives them an edge over the rest of the GPUs.