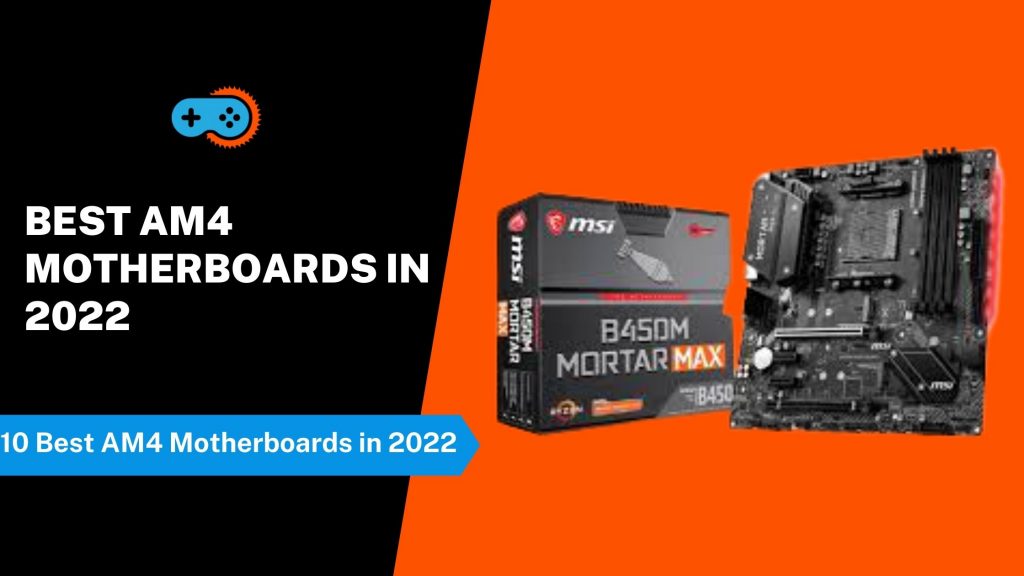 The advent of Zen 3 architecture has caused havoc in the market in the sense that many new motherboards are shape-shifting into something extraordinary. It’s only due to the high benchmark set by the predecessors, and that is exactly why today we will be bringing into the limelight the best AM4 motherboards to look out for in 2023. Precisely speaking, the new threadrippers, especially from the Zen 3 architecture, are unparalleled and require the best platform to function on. You can take the example of Ryzen 9 3950X or, Ryzen 5950X which are extremely efficient processors and do require a withstanding motherboard for pitching in all the necessities to the user.

To further elaborate on the topic, we will be looking out for, preferably, B550 or X570 chipset, which are the latest and best known to Zen 3 lineage. Not to mention, you can still use the B450 chipset, but I won’t recommend it for so many reasons. You can read our X570 vs. B550 vs. B450 article that explains extensively which chipset to root for in 2023. Now, it’s time for us to avert our gazes to the enumeration process. So, without any further ado, let’s begin the guide to finding the best AM4 motherboard for your gaming setup.

Why should you buy ASUS AM4 TUF Gaming X570-Plus?

In all of our articles, we ensure that we pitch in something ridiculous and breathtaking, and that product is always stickied at the top. For what it’s worth, the ASUS AM4 TUF gaming X570-Plus is one of the best motherboards out there that can sustain high-end gaming with no issues. To top it off, the same motherboard is known for bringing in one of the fastest WIFI to date. So, you can either call it the best WIFI motherboard or a versatile one; it doesn’t matter.

Why should you buy MSI MEG X570 GODLIKE?

If you are a gaming enthusiast and into extreme overclocking possibilities, then MSI MEG X570 GODLIKE is the motherboard you should be buying for yourself. Imagine having features like Flagship 14+14+1 phase IR digital VRM, infinity design, mystic light infinity II, Triple lightning M.2 with shield Frozr, and a 2.5G LAN Plus WIFI 6 solution at your disposal. It’s heaven on earth, in my opinion!

Why should you buy ASUS ROG Strix X570-E Gaming ATX?

There’s always a reason for buying an XYZ motherboard because, ultimately, it caters to your needs. For this one, the motherboard pitches in a surfeit of breathtaking features like 2.5 Gbps (transfer rate), Gigabit Intel LAN, WIFI 6, and 16 power stages. To be honest, having 16 power stages means a lot in 2023 as it gives you an enhanced connectivity ratio.

Why should you buy MSI MPG X570 Gaming Plus?

I personally have a thing for MSI motherboards because of the type of features they incorporate in. For what it’s worth, this particular motherboard falls within the category of being the second-cheapest, if not the first (check our FAQ for the cheapest motherboard to date-but it’s outdated). So, if you are short on bucks, then I would definitely suggest you go for MSI MPG X570 Gaming Plus.

Why should you buy ASUS TUF Gaming B550M-Plus?

If you are planning to build a micro-ATX gaming setup, then ASUS TUF Gaming B550M-Plus will come in handy. Not to mention, the same motherboard is also bringing in a plethora of features that aid in expanding the supporting nature of the chipset.

Why should you buy GIGABYTE X570-I AORUS Pro WIFI?

Like the previous entry (micro-ATX), if your interests lie with ITX setups, then GIGABYTE X570-I AORUS Pro WIFI is a must-go-to motherboard. It’s because of two reasons: Number one, it’s extremely compact, and number two, you are getting the majority of the features present in a standard ATX motherboard. That’s marvelous in my opinion!

Best B450 AM4 Motherboard

Why should you buy GIGABYTE B450 AORUS M?

I know having an older generation chipset means giving up on your dreams of upgrading in the near future, but GIGABYTE B450 AORUS M has something special for you. Although it’s an outdated motherboard, it still offers value and is best for those who are looking forward to BIOS flashing in the near future.

Best under $100 AM4 Motherboard

The reason is quite straightforward here. All you have to do is imagine having a motherboard that accounts for everything that there is to a concept of functional entry and also doesn’t cost you much! Exactly! The Gigabyte B450M DS3H V2 is the cheapest motherboard on the list that is under $100. See how tables have turned!

Why should you buy ASUS ROG Strix B550-A Gaming?

The sole reason for buying this motherboard is nothing but its aesthetics. Just look at it completely emblazoned in white color. To be honest, it’s one of the aesthetics white motherboard you can get for your gaming PC. Not to mention, the chipset is B550 which means that the MOBO is future-proof. So, what are you waiting for?

Best Performative and Functional AM4 Motherboard

Why should you buy MSI MAG X570 TOMAHAWK?

I believe I have mentioned this countless times, but rehashing it wouldn’t cost me anything, anyways. Well, MSI motherboards are the epitome of perfection, and this particular entry is no different. To be honest, you are getting everything with this motherboard, including future support for upcoming processors.

This brings the article to a close. Well, I hope these top 10 products were sufficient and enough for you to make a solid decision, if not the best. To be honest, there are hundreds of products in the market, and there’s no clear cut which to root for. That is why we have selected the top 10 entries, which are nearly perfect for any niche. So, if you have any questions, do let us know in the comment session. We will try our best to solve them out for you! Thank you!

AM4 motherboards are laid out by different brands, and to be honest, there are many, including GIGABYTE, MSI, ASUS, etc. So, if you are asking which one of these makes the best AM4 motherboard, I would say ASUS and MSI. I’m not belittling the progress of GIGABYTE products, but to me, they feel a little inefficient. In short, I would always recommend ASUS motherboards as they are the best.

Currently, the majority of the motherboards are using AM4, so it is better assumed that it will last a couple of more years. To be honest, it entirely depends on the processor requirement. If AMD somehow manages to shift to a new variant, then definitely to use newer processors, you would have to change your motherboard to a different version; but for now, you don’t need to worry about the AM4 dying out.

An alternative to the mentioned budget-friendly in the list is ASUS Prime B450M-A. Yes, it’s quite an ancient chipset motherboard and nonetheless works like a charm. For the price tag, it hardly costs you more than $80. So, what else do you want?